The Weeknd, Belly canceled Kimmel appearance because Donald Trump was the guest 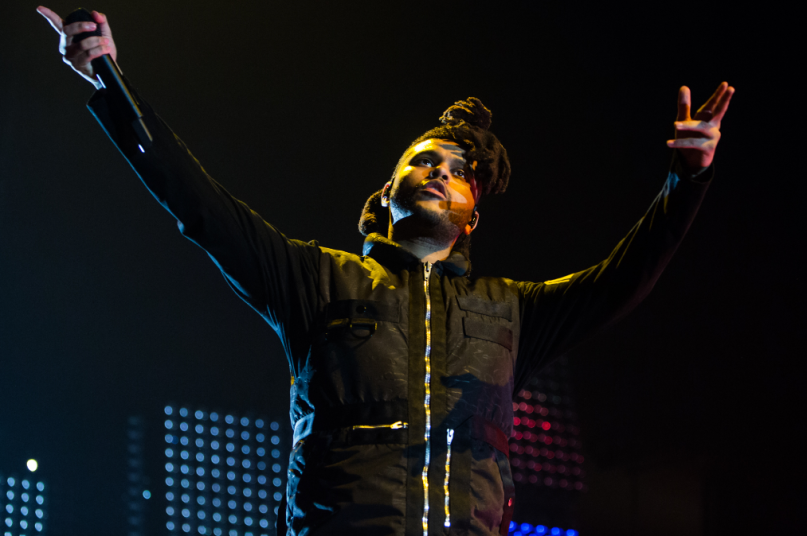 Belly was scheduled to perform his hit single “Might Not” with The Weeknd on Jimmy Kimmel on Wednesday evening, but neither artist ever took the stage. Instead, the pair ultimately decided to cancel their appearance last minute when they found out who the evening’s guest was: Donald Trump.

Not only was Trump the only guest, but the entire show was dedicated to the presumptive republican presidential nominee. All the pre-taped segments, from a bit about Little Trump at the National Spelling Bee to Lie Witness News, were focused on the Donald. All that Trump trumpeting was just too much for Belly.

“I feel like the way I was raised was to be able to see through all the titles in this world – from religion to race. I just didn’t want to feel like I was a part of a celebration for somebody who has beliefs that majority of us don’t agree with,” said Belly in a statement to the Associated Press.

Belly, a Palestinian-born Canadian whose real name is Ahmad Balshe, added that his Islamic religion and non-US citizenship put him in diametric opposition to Trump. “I’m here on a campaign of positivity and love and to contribute what I can to music,” he said. “I create songs people go to sleep and wake up to, songs that they fall in love to. For me, being Muslim and being somebody that appreciates my access here in America, I love the fact that I’m able to be here. To play my part in this business is a privilege and a beautiful thing. The fact that I could lose that ability through the actions of someone such as Donald Trump isn’t right to me. At all.”

The Weeknd has yet to make a statement, though he was only meant to feature with Belly, who was the top-billed musical guest. For their part, neither Kimmel nor Trump made any mention of the cancelation during the show. Jazz singer Gregory Porter filled in for the canceled performers, and you can watch his performances below.