The Stone Roses premiere “All For One”, first single in over 20 years — listen 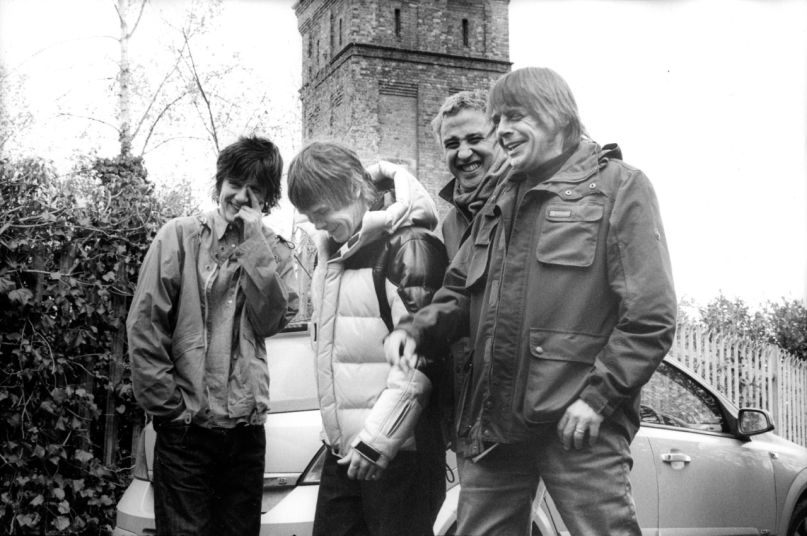 The Stone Roses are reportedly releasing a new album to coincide with their upcoming tour dates in the US, UK, and Japan. Today, they’ve shared a new single called “All For One”, marking their first new material since 1994’s Second Coming.

Crisp guitars wind and crunch, as frontman Ian Brown’s fuzzed out vocals ring out: “All for one, one for all/ If we join hands, we’ll make a wall.” It’s the sound of the Stone Roses circa the ’90s, but with a revitalized spirit.

In addition to Spotify, the song is available to stream/purchase on Apple Music. “All For One” will soon be released as a 7-inch; pre-orders for that begin tomorrow morning. For more information, head to the band’s official website.

There’s still no details on a new album — however, the Manchester alt rock pioneers have spent the last few months teasing a big return to the spotlight in 2016. Late last year, bassist Gary Manny “Mani” Mounfield revealed that they had been “working on a few bits.” Since March, posters displaying the Stone Roses’ classic lemon logo have been popping up throughout their hometown. Frontman Ian Brown also gave NME a studio update recently, saying they were hard at work on “glorious” new music.