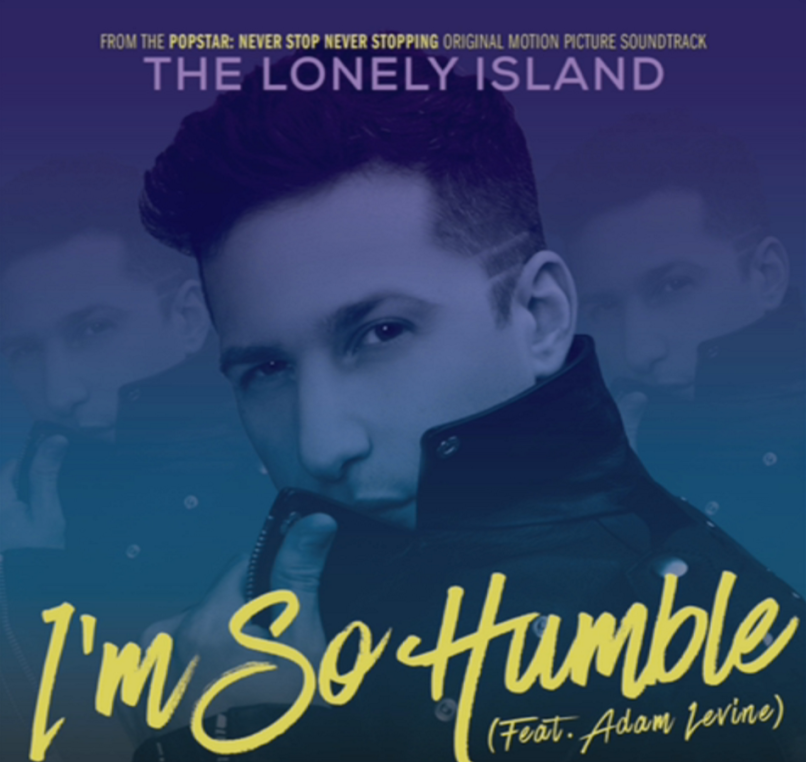 In the first feature length film from The Lonely Island trio, Popstar: Never Stop Never Stopping, Andy Samberg plays Conner4Real, a megapop star whose career takes a turn for the worse. Though his fictional career may be on a downturn, two newly revealed songs from the film’s soundtrack could well launch Connor4Real onto the next echelon of pop stardom.

First there’s the ever-so honest “I’m So Humble”. With a beat built on some ’50s pop gibberish and featuring guest bars from Maroon 5’s Adam Levine, the track sees Connor bragging about how braggadocios he isn’t. “The thing about me that’s so impressive/ Is how infrequently I mention all of my successes,” he raps on the track. “I poo-poo it when girls say that I should model/ My belly’s full from all the pride I swallow.” Gosh, isn’t he just the most modest guy ever?

On “Mona Lisa”, Connor proves himself to be manly enough to say what we’ve all been thinking for decades: the Mona Lisa is an ugly ass painting. As he sings in the chorus, “Mona Lisa/ You’re an overrated piece of shit/ With your terrible style and your dead-shark eyes/ And a smirk like you’re hiding a dick.” Ladies and gentleman, the most profound art critic of the 21st century has revealed himself.

Check out his wisdom below.

Popstar: Never Stop Never Stopping hits theaters on June 3rd. Samberg and his Lonely Island mates Jorma Taccone and Akiva Schaffer are joined in the Judd Apatow-produced film by Sarah Silverman, Tim Meadows, Maya Rudolph, Bill Hader, Will Arnett, DJ Khaled, Simon Cowell, Usher, Joanna Newsom, and others. The “I’m So Humble” cover art is above, and you can find the “Mona Lisa” image below