A unique, captivating look at 22 years inside the Buddhafield Cult 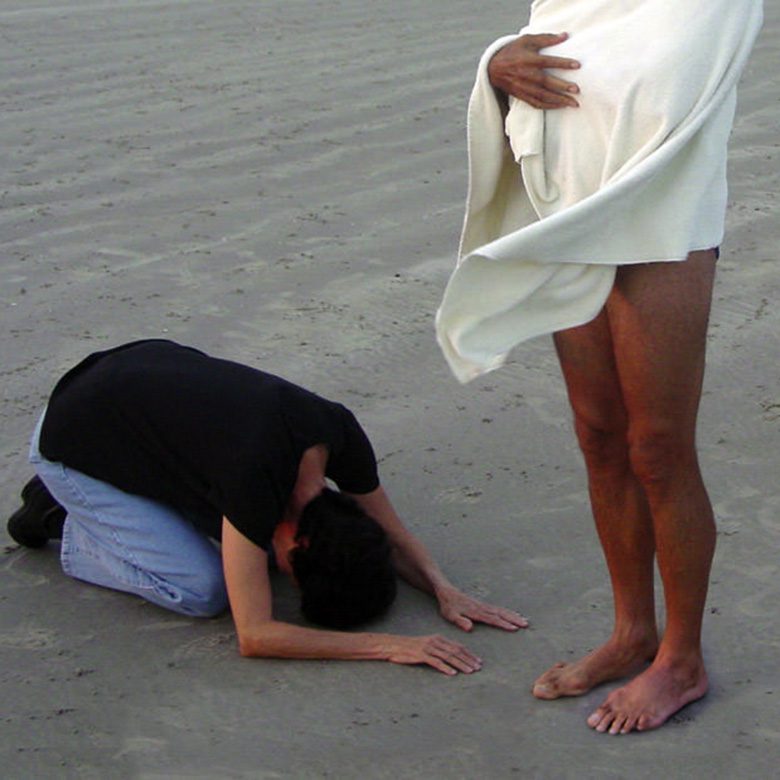 The following review was originally published as part of our Sundance Film Festival 2016 coverage.

The first half of Holy Hell is full of laughter. There is obviously the serious nature of the Buddhafield Cult, but in spite of this, the documentary can’t help but elicit laughs. Look no further than the cult leader, “The Teacher” Michel: a short, tanned man who walks around in a Speedo. The cult adores him, treating their leader as a higher being. His outrageous demeanor and spiritual nonsense reads false to those safe in a movie theater, or in their own homes. Holy Hell ropes us in with tales of delusion before chilling us with tales of terror.

Holy Hell employs talking-head interviews in order to piece together the remarkable amount of video footage shot. Director Will Allen is a former member of Buddhafield, working as their videographer for 22 years. After leaving in 2007, the filmmaker elected to save the footage instead of destroying the painful memories of self-destructive decades. His loss becomes his strength as Holy Hell takes us through those years spent following a man who, by all accounts, is mad — and dangerous. Never before has a cult documentary contained so much footage of its inner workings.

In the beginning, set in 1985, we see the utter joy on the faces of cult members who believe they’ve found their place. They splash in the water, embrace each other, and their smiles beam as bright as the sun shining down upon their heads. Allen is among them. Like many, he is college-educated but searching for who he was and where he is meant to be. After being rejected by his parents for being gay, Will finds this community, thanks to his big sister. Their leader, Michel, is full of life and spirituality. He claims he is the conduit between the members of their communal family and God Himself.

Enough can’t be said about the footage captured. We get up close and personal shots of Michel as he leads meditations. He declares he wants to teach a chosen few of “The Knowing”, which contains the answers to the universe. He practices Shakti on his followers, and they enter an LSD trance likely brought on by strong suggestions and groupthink. These are scenes and circumstances that one can catch on any late night infomercial for a Benny Hinn-type minister. We laugh because we can’t associate. We’re safe.

Then we start to connect the footage of those interviewed in the present with old videos of them from the past. Their faces are not their own. As the film marches on (it never lags), we see Michel begin to embrace his power. Buddhafield becomes more about him than it does about the members and their own well being. Followers are forced to “detach” from family members. Sex is declared “low-energy.” People have to pay $50 for one-on-one therapy sessions. All are blind to what he really is (or isn’t), and buy into it all.

The cult moves from city to city with him as his paranoia grows by the day. An enormous theater is built for him in a new location so he can teach and perform ballet recitals … for members only. There is a music video featuring him singing a song called “Femme Fatale”, about women’s sexuality. It’s so absurd and low-budget, it’s time to laugh again. There are too many pockets in time that I couldn’t hope to mention them all.

Then, suddenly, all laughing comes to an end.

Before the back half of Holy Hell, even interviewees laugh about certain events that they went through in Buddhafield. Once an e-mail is introduced to the cult around 2005, the laughs cease. Horrific allegations towards Michel (now known as Andreas) are introduced in the letter, and later through a few of those being interviewed in the present. “I would have killed and died for him,” confesses one dissenter. “I felt like I was going fucking mad.” It all becomes too real in these moments, and the film’s finale is unbearable.

Holy Hell is a documentary about another cult led by another crazy person. So many other factions (Jonestown, Branch Davidians, Heaven’s Gate, etc.) end with people losing lives. What separates Buddhafield from the others is a sense of hope. Michel/Andreas’ story is continuing in Hawaii, and it is the hope of Allen that word can spread before “The Teacher”’s new followers go down an all-too-familiar path. There is humor, sorrow, and fear found in the VCR footage captured in Holy Hell, but there is also a glimmer of hope. Hope that is found in the true survivors: the ones who left. But most importantly, hope in a possible future for the ones who haven’t. Holy Hell is never less than enthralling.