These are the tracks that truly set the room on fire 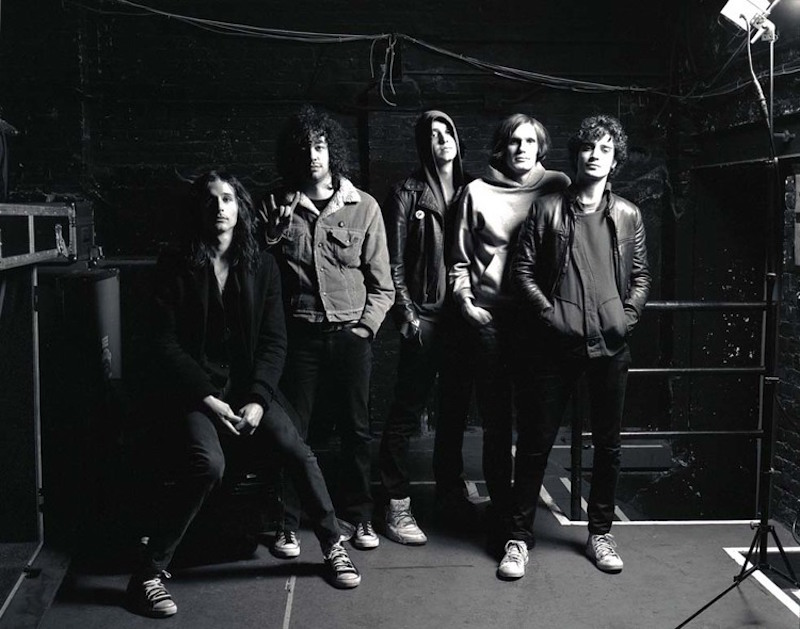 This feature was originally published in October 2013.

October 20th, 2003: I’m sweating out a fever with my roommate while we wait patiently in the Best Buy parking lot to buy The Strokes’ highly-anticipated sophomore album, Room on Fire. I should be in bed, under the covers, back in our dorm, but instead, I’m sitting shotgun in his red Plymouth Neon, listening to the tail end of Is This It. I’ve heard three songs off Room already; the single “12:51” has been circulating radio for weeks, while “I Can’t Win” and “Meet Me in the Bathroom” are both live cuts from their previous tours, the former just begging for an actual mud-less listen. The clock strikes nine, we grab our album.

It feels like 20 years ago, not 10, since The Strokes impressed their fans with their wiser, rugged older brother of an album, Room on Fire. Maybe it’s because it was one of the last albums I waited patiently for outside the store, something so routine in the ’90s and yet a custom that died off the more we inched into the aughts. Or maybe it’s because the album sounds like something dustier than its contemporaries. In a year that saw Transatlanticism, Elephant, Give Up, Hail to the Thief, and Echoes — Room on Fire just doesn’t really belong.

But in the grand scheme of The Strokes’ rocky mythos, it does, and today, it’s now part of the greater argument of Is This It vs. Room on Fire. Paired together, they’re so similar, but taken apart, you start noticing the strengths and very minor weaknesses of either album. But that’s a debate for the fans; today, we’re celebrating New York’s finest with a roundup of The Strokes’ 10 best songs. Agree, disagree, or just sit back, listen, and wax nostalgic. I certainly don’t mind looking back, fever be damned.

The Strokes kicked off album number four with a rush of springy guitars that bounce over a reggae-tinged beat, the most dancey sound the band had dabbled with thus far. As Julian Casablancas sings, “I’m just trying to find, a mountain I can climb,” he’s expressing the desire to keep busy, while his bandmates take a page out of Men at Work’s book for a quick trip to the ’80s. It’s an intriguing start to The Strokes’ first full-length release in five years, which marked their biggest leap from the modern garage rock they pioneered a decade prior. –Amanda Koellner

Say “New York City cops, they ain’t too smart” around Manhattan today, you’ll likely get a punch to the gut. Say it around September 2001, and you would have had an icebreaker with Mussolini in hell. Which sucks because “New York City Cops” happens to be one of The Strokes’ heaviest tracks, and yet they replaced it on the US cut of Is This It with “When It Started”, a bumbling shuffle that’s forgettable as much as it feels paint-by-numbers for the outfit. On “Cops”, the way the reverb and Fab Moretti thump into the cascading guitar line sounds like Brian Jones having a blast in heaven. This song is why diehard fans imported their debut. –Michael Roffman

“I want to be forgotten/ And I don’t want to be reminded,” Casablancas sings on the first track to follow up the band’s phenomenal 2001 debut. The vocals are soaked in the frontman’s typical fuzz, and that opening line is a snapshot of the times for the five-piece: hot off the heels of a successful tour in support of Is This It yet wracked with pressures from every angle. It’s a killer album opener that summed up the band’s relationship with their critics, complete with a catchy chorus, thwacking guitars, and fantastic time changes. –Amanda Koellner

The Strokes came as a welcome break from the lobotomy-inducing rap-rock and constipated post-grunge that dominated the charts of the time. On “Soma”, they follow the “keep it simple, stupid” principle with an elementary but permeating guitar line and slow but sure buildup to an increasing aggression before abruptly pulling the plug. If garage rock revival was the revolver that took down Limp Bizkit, then “Soma” was one of the bullets. –Frank Mojica

Room on Fire remains The Strokes’ divisive sophomore album, but few would deny the power of “Reptilia”. The only possible conflict of “Reptilia” is in relation to Valensi’s mid-song guitar solo — specifically, are you Team Air Guitar or Team Sing-Along? Besides that blistering solo, “Reptilia” packs a retro chic bass line groove along with an urgent drum onslaught and those signature mumbled-but-infectious vocals. It’s a summary of everything we loved about The Strokes in the first place, summarized in three and a half minutes. –Frank Mojica