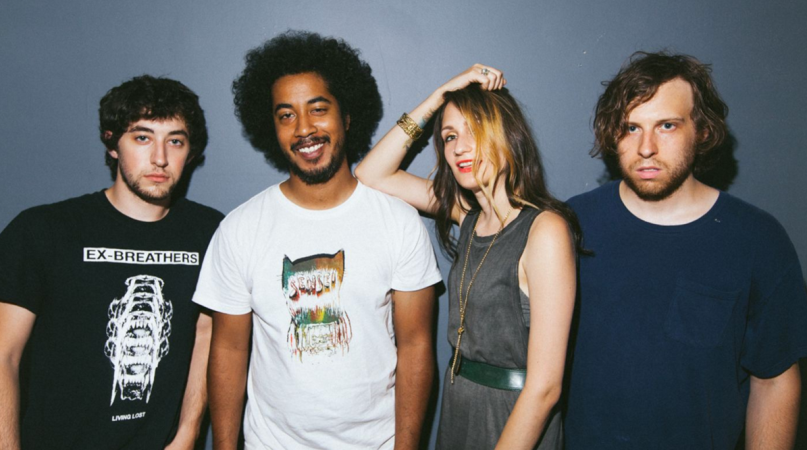 Speedy Ortiz have announced the follow-up to last year’s excellent Foil Deer, only it’s not really a follow-up. The band describes their forthcoming four-track EP, Foiled Again, as a proper “addendum” to their sophomore record. Set to be released digitally on June 3rd via Carpark records, the EP features two remixes of “Puffer” plus two brand new tracks from the Foil Deer sessions.

One of those new songs is entitled “Death Note”, and has been shared today along with the announcement. The track is a heavy alternative rocker with huge guitar hooks that are alternatively thundering and soaring. “How many times do I have to say it?/ How often can I say it till you believe?” frontwoman Sadie Dupuis sings on the chorus. “They’re all love letters/ These are all love letters to me.”

“‘Death Note’ is named after the anime, which is about an evil supernatural notebook that causes the death of anyone whose name is written inside of it,” Dupuis explained in a press release. “The song is about writing through your depression as a way to get better, and how in that way a death note can be kind of love letter to yourself.”

“Death Note” comes as an instagrat download when you pre-order Foiled Again here. “Emma O” is the other new track, while Lizzo and Doomtree Collective’s Lazerbeak feature on one of the “Puffer” remixes and Open Mike Eagle handles the other. Find the cover artwork and tracklisting below.