R.I.P. John Stabb, singer of Government Issue, has died at the age of 54 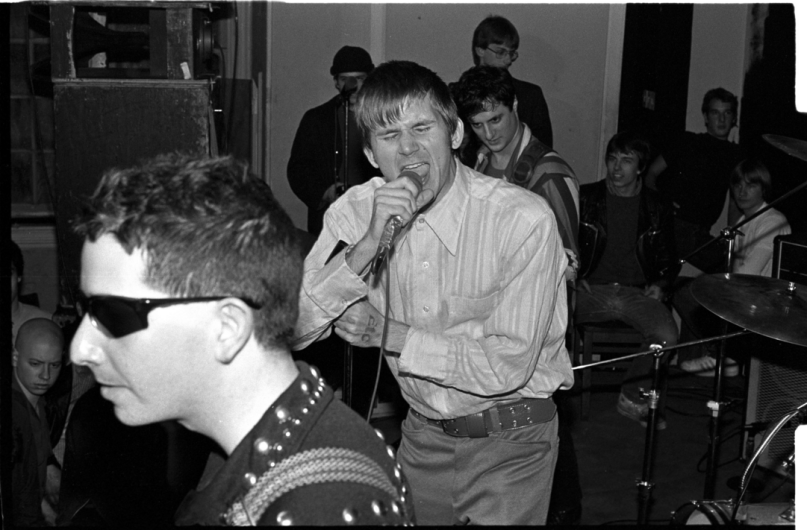 John Stabb, the founding member of the seminal DC punk outfit Government Issue, died on Saturday. Stabb had been battling stomach cancer, and lost the fight at the age of 54. News of the singer’s death was announced via Government Issue’s Facebook page.

Stabb formed Government Issue in 1980 and would remain the band’s only consistent member throughout their history. Alongside bands like Minor Threat, Fugazi, and Bad Brains, Government Issue was at the center of the rising Washington, DC punk scene of the era. Over the course of nine years, the band released six studio albums and a handful of EPs, all the while going through numerous personal changes. Through it all, Stabb remained at the helm until G.I. finally disbanded in 1989.

G.I. reunited multiple times throughout the 2000s and 2010s, most recently playing shows in 2015. Stabb also performed with his other project, History Repeated.

“It is with heavy hearts that we have to announce that at 7:43 p.m 5/7/16 our comrade John Stabb Schroeder lost his hard fought battle with stomach cancer,” the band wrote on Facebook. “Our hearts go out to his wife Mina. Rest in Power, brother, there will never be another.”

What was to be a benefit concert scheduled for Sunday evening at Black Cat in DC transformed into a memorial show. Thurston Moore, J. Robbins, and GIVE all performed. Below, you can read the band’s announcement of the tribute concert, in which they once again sent their condolences to Stabb’s family.