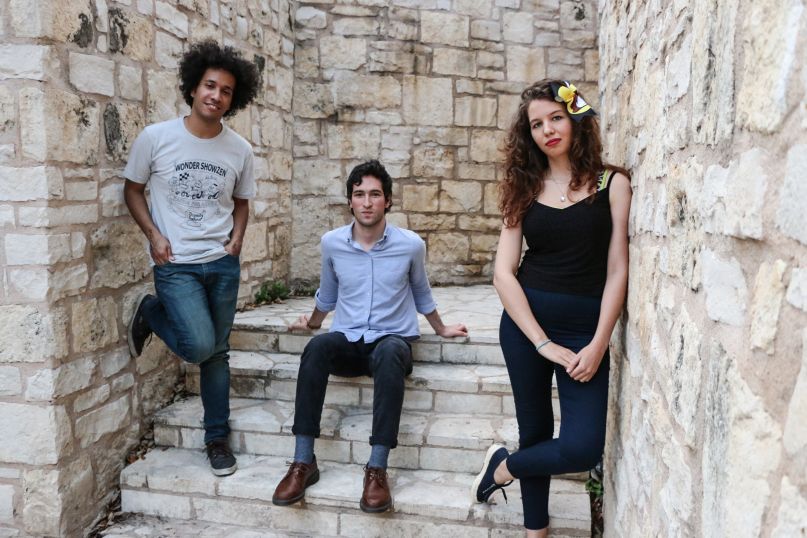 On June 10th, CoSigned power pop trio Leapling will let loose their sophomore album, Suspended Animation. The 12-track effort, due out through Exploding in Sound, is previewed this week with a cut called “One Hit Wonder”.

“Are you lost with indecision?” Brooklyn-based singer Dan Arnes asks in the track’s opening seconds, his coo having an instant calming effect. According to Arnes, “One Hit Wonder” came about when he finally welcomed “the unobscured pure-pop” into his songwriting. He elaborated in an email to FADER:

“‘One Hit Wonder” came out of a continued obsession with stripping things down to their absolute minimum, and a steady diet of classic ’70s power pop. I was pretty (very) bored with a lot of rock and pop music for a while and as a result felt apprehensive to write such straight-ahead poppy songs, despite my very real inclination to do so. For a while I had been really into incorporating more esoteric influences into pop music, which is nice and a lot of my favorite music is exactly that, but it started to feel a lot more natural and confident to me to just embrace simplicity and the unobscured pure-pop side of things. It’s really fun to invite some cliche and convention after denying it for a while and finding new ways to incorporate some more experimental ideas without necessarily calling attention to it. Solid gold fun.”