Here's your subtitle: "The Sequel HE Came Home..." 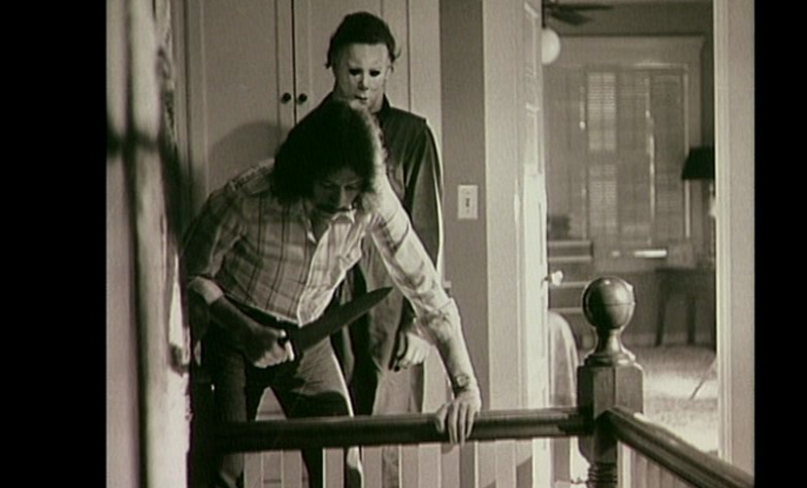 Lock your doors, bolt your windows, and turn off the lights! Don’t go away ’cause here’s a piece of news that’ll make your bones jump right out of your skin: Director John Carpenter is returning to the Halloween franchise.

That’s right. As we previously reported back in December, The Weinstein Company and Miramax were allegedly shopping the franchise and looking for new distributors. Well, let’s just say Michael Myers has come home, and it’s Blumhouse.

Tonight, Blumhouse founder/CEO Jason Blum, Halloween producer Malek Akkad, Miramax, and Trancas International Films came together at a press conference to announce a “team-up of historic proportions” and one that will “bring a new Halloween to the big screen.”

(Read: Halloween Returns: A Guide to Make One Good Sequel)

Their smoking gun is Carpenter himself, who will serve as the Executive Producer and Creative Consultant, which will undoubtedly get him all the money he reportedly never received from the incredibly lucrative 1978 original. Even better, Blum dubbed the Master of Horror this project’s “Godfather.”

“Halloween needs to return to its traditions,” Carpenter explained. “I feel like the movies have gotten away from that… Michael is not just a human being; he’s a force of nature, like the wind. That’s what makes him so scary.”

“Halloween is one of those milestone films that inspired everyone at our company to get into the world of scary movies,” Blum added, “and we are so excited that Miramax brought us together. We cannot wait to find and collaborate with the right filmmaker to give Halloween fans the movie they deserve.”

In a rather retro twist, the sequel will also be produced on a minimal budget, hearkening back to the series’ indie roots.

“We made the original Halloween for very little money,” Carpenter contended. “At heart it’s just a good, scary story, and that’s why it works. 38 years later, I’m going to help to try to make the tenth sequel the scariest of them all.”

If that weren’t enough, Blumhouse also hints that Carpenter, who’s currently amidst a tour in support of his recent solo albums (in addition to his incredible breadth of work), might even return as a composer. Negotiations in that area are on-going, but the studio says “it looks very promising.”

This is a lot to process at midnight, but know this writer won’t be sleeping anytime soon. The boogeyman is out there; it’s called unadulterated hype.