Also, leaked set reports of an integral scene involving the Knights of Ren 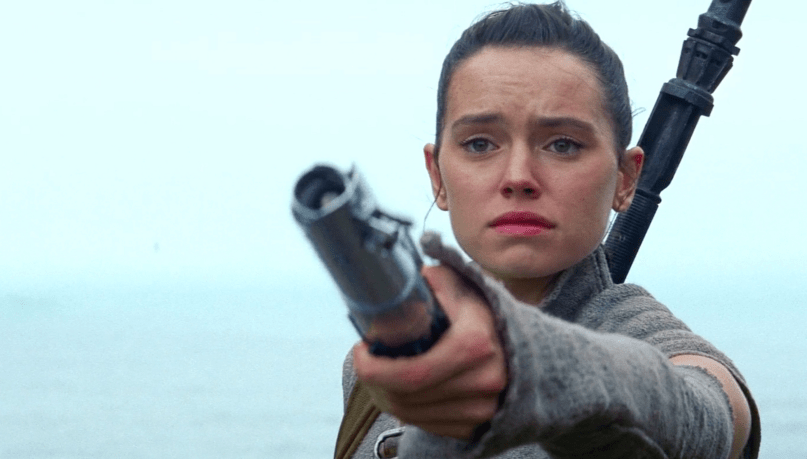 As any Star Wars fan knows, the titles are just as much a secret as the films themselves. Sadly, it would appear someone at Disney and Lucasfilm didn’t close the blast doors in time.

Leaked video has surfaced of a poster for Star Wars Episode VIII that’s allegedly going to be used for London’s Star Wars Celebration in July. There’s a logo for the conference, and the film’s full title…

Fall of the Resistance! Not too shabby, huh? Most fans already agree it’s a more than suitable moniker for the highly anticipated followup, especially given the circumstances for the party in question.

It parallels what star John “Finn” Boyega has been saying about the film being “darker,” and also jives with Oscar “Poe” Isaac’s recent comments, too:

“In the new film, there’s a lot more to do. What happens now is the heroes get tested. All three of them [Dameron, Daisy Ridley’s Rey and John Boyega’s Finn] get tested immensely…BB-8 gets tested too! Everybody gets tested! It’s the dark second chapter, but not really dark.”

Obviously, there’s been no official confirmation, so take it with a grain of salt. Or actually, maybe a packet of salt. It’s not that bizarre to think Celebration had a few surprises in store. This was probably one of them.

In related news, Making Star Wars has a pretty incredible breakdown of a scene involving the Knights of Ren, Luke Skywalker, and Rey. It’s chock full of spoilers, which is why we’re going to leave it at that.

Star Wars: Fall of the Resistance — or, Episode VIII — hits theaters December 15, 2017. Don’t get too sad, though; Rogue One: A Star Wars Story arrives this December 16th.