A comedy sequel with a surprising amount to say, that also just isn't very funny 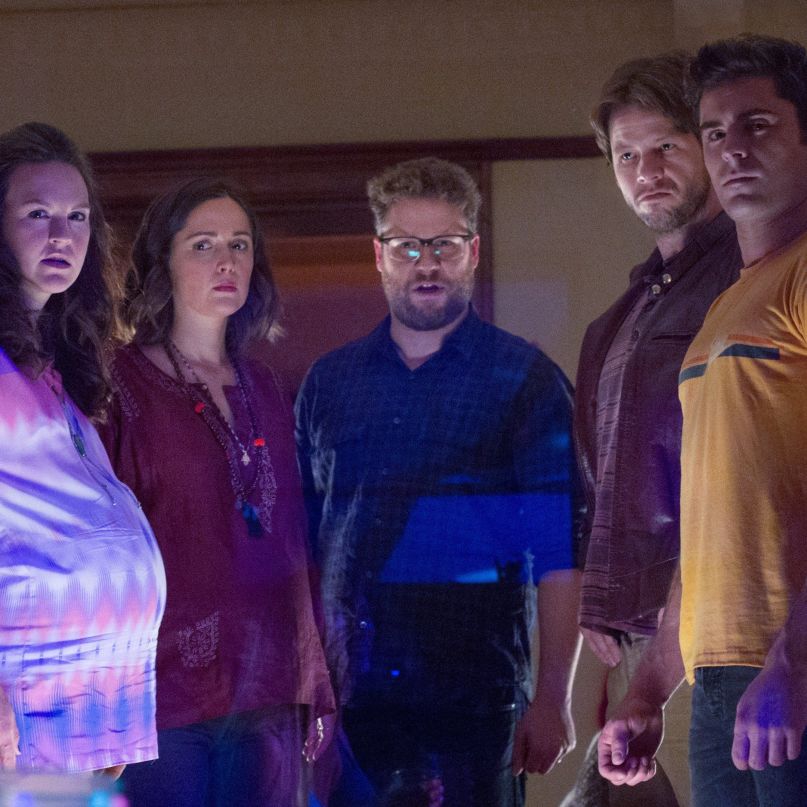 There are many things to praise about, say, The Producers. It has two world-class comedic performances. It’s got the best extended musical joke in cinematic history. German accents are hilarious. The Producers is also very, very thoughtful. It knows what it’s saying, and says it, like Blazing Saddles or even something like Mean Girls, very clearly. That’s of great value. That is far from nothing, that is to be admired. But when one thinks of the very best thing about The Producers, or of any other movie on that list, one does not immediately say, “it was so progressive.”

For better or worse, and surprisingly enough, that’s the first thing one can say about Neighbors 2: Sorority Rising. Progressive? Hell yes. Thoughtful? Yes. Funny? Well, occasionally. Sort of. Once in a while.

Directed by the underrated Nicholas Stoller (also credited as one of the film’s several screenwriters), Neighbors 2: Sorority Rising picks up a few years after its predecessor left off, with parents/homeowners/aspiring adults Mac (Seth Rogen) and Kelly (the invaluable Rose Byrne) Radner preparing to sell their home, an experience complete with a total misunderstanding of the concept of escrow. (By the way, thanks for the handy definition, Neighbors 2. Much was learned.) The Radners would be tense about the potential for unannounced visits by their prospective buyers regardless of who their neighbors might be – they’ve already signed on another home, after all – but when an upstart sorority moves in, they move past tense and straight into terrified. And that’s before the sorority’s unofficial advisor shows up, their former nemesis Teddy (Zac Efron, returning to a role tailor-made for his particular skills and, um, attributes).

Then, of course, hijinks ensue. But the most pleasantly surprising thing about Neighbors 2 is also part of what makes it such a disappointing experience: it desperately wants to be more. It really wants to achieve that Mean Girls moment when Cady Herron breaks apart the plastic crown. It wants “Springtime for Hitler,” or any of the great acidic barbs in Blazing Saddles. It gets those moments. But alas and alack, only a few of them are all that funny.

That’s not to say there aren’t any funny moments, of course. Rogen’s a reliable comic talent, and Byrne’s absolutely one of the best straight men (straight people?) working today. Efron, too, does very well, as do the cast of supporting characters, many of whom return from the first film. Funny people being funny are rarely disappointing as a whole, and they deliver here. Trap Efron and Rogen in a garage and see what happens. Have Byrne get some inconvenient morning sickness. All great. Hard to screw up.

Where the sequel falters is where its uneven predecessor, which is both less ambitious and undeniably funnier, excels: its ostensible villains just aren’t very interesting. That’s not a dig against the very game performers (Chloë Grace Moretz, Kiersey Clemons, and Beanie Felstein) who head up Kappa Nu. But Neighbors 2 is more interested in the idea of young women discovering the weird, unfair world in which they live than those young women themselves. There are some truly beautiful moments involving them (in particular, Clemons ripping off a wig to reveal natural hair while a crowd of girls dance in athletic socks, their heels abandoned), and some funny moments as well (Clemons, again a standout, unable to resist the sight of Efron’s greased-up chest). But they’re mostly a means to an end, both as the “bad guys” and as the subject of the film’s earnest, sometimes winning source of (for lack of a better term) girl power.

They’re just not distinct people, and come off as less fully realized than the heroes or villains of the first film. Worst of all, none of those characters do much growing, either. There’s no real character development. Those who were lost are still lost, those scared are still scared, the messes are still messes, the ones who try are still trying. For all its flaws, Neighbors had its share of surprises. Efron? Heart of gold (and terror, but still, mostly gold). Pete (Dave Franco)? Seems kinda stupid, but actually has both feet on the ground. The Radners? Still terrified of being bad parents. None of those things have become suddenly less valid. The trouble is that the only really new stuff belongs to the least interesting characters in the film, and while the message could (and should) be applauded, they’re a great deal less than compelling.

Listen, I’m a woman. I’m writing this review with a pair of boobs and some ovaries. The fact that someone decided to make a comedy — and not a “feel-good” comedy, just a straight up boner-and-puke-fest — about women needing to feel valued matters. I want all the uncomfortable jokes about how unsafe young women feel. I want “Cosby-ed” to be a recognizable term, painful as it is. Forgive all the first person, but I really, really wanted to like this movie. I’m glad for its existence. But sadly, it just isn’t very funny. When that’s the primary goal, you have a problem. Lots of points for effort, and some more for a few excellent sight gags. But Neighbors 2, like the financial future of its pledges, feels like a near-total bust. And no, that’s absolutely not, in any way, shape, or form, a pun.