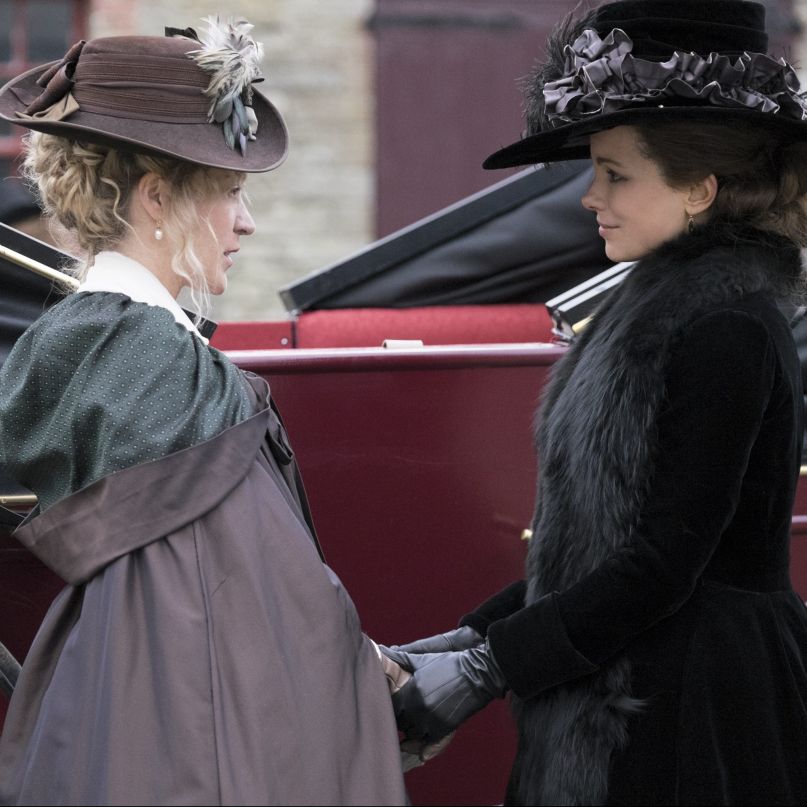 Love & Friendship is the purest distillation of Jane Austen’s work yet to grace the screen. Directed by Whit Stillman (Damsels in Distress), the film is an adaptation of “Lady Susan,” an epistolary novella that wouldn’t be published until well after Austen’s death in 1871. In many ways, it’s easy to see why: The title character breaks with every tradition of Victorian literature. She is deliciously devious, rather than the moral, principled heroines one finds in Austen’s other work. Rather than younger women vying for the affections of distinguished men, Lady Susan is the one with the title, if not the riches. In today’s terms, you’d call her something of a cougar.

It’s the protagonist’s hunger for wealth and means that drives both the novella and its adaptation, which make overt what was true of Austen’s work all along. Although the prolific writer’s oeuvre is pegged as “19th century chick lit,” it’s an unfair characterization that doesn’t do justice to the depth and acuity of her writing. More than anything, Austen’s books were about politics. At a time when women were not allowed to hold public office, members of the fairer sex were forced to apply their ambition and lust for power elsewhere. Instead of taking place in Parliament, her work is set on the landed estates of Britain’s moneyed classes and in the homes of the women who aspire to the same material comforts. Austen’s books are like House of Cards with more corsets.

The material is such an inspired fit for its director that it’s astounding that this is Stillman’s first Jane Austen adaptation. The indie auteur’s 1998 comic gem The Last Days of Disco may as well be Austen fan fiction; set in the early 1980s, it examines the “ferocious pairing off” among a group of young people who frequent New York discotheques during the music scene’s decline. In his very first feature, Metropolitan, Stillman called this social stratum the “Urban Haute Bourgeoisie,” but they’d more commonly be known as “yuppies.” His films examine how class status affects human relationships with a restrained archness; his style is often described as ironic and distant, but that’s not exactly a putdown. Stillman’s satire is practically anthropological.

As in Disco, the director teams with Kate Beckinsale. In the earlier effort, the English actress played Charlotte, who treats even the most casual of sentences as a weapon. Here’s how Charlotte apprises her relationship with Alice (Chloe Sevigny), who is allegedly her best friend: “Maybe in physical terms I’m a little cuter than you, but you should be much more popular than I am.” Love & Friendship pushes this savagery even further, and Stillman’s screenplay is a delicious catalog of barely concealed contempt. Sevigny is again cast in the confidante role, this time with a much older husband, who doesn’t approve of her closeness with Beckinsdale’s Lady Susan. Susan responds by lamenting her friend’s choice in a mate: “Too old to be governable, too young to die.”

Although Beckinsale has long been wasted in C-list action franchises — like the long-running Underworld series — Love & Friendship represents a welcome return to her roots. The actress’ breakout role was in Cold Comfort Farm, a miniseries that aired on the BBC in 1995, playing a young woman, Flora Poste, who is forced to make her own way in the world after the death of her parents. Two decades later, Beckinsale again excels as portraying women tasked with determining their own fortune. After her late husband’s passing, Lady Susan has to figure out how to survive with no income. She meets James Martin (Tom Bennett), a wealthy suitor described by the characters as a “rattle” because they cannot say what they really think: he’s an imbecile. Martin is amusingly unaware of what peas are, calling them “tiny green balls.”

But does Lady Susan want Martin for her “simple” daughter, Frederica (Morfydd Clark), or herself? She’s unsure. As a woman of infinite cunning and charm, Lady Susan certainly doesn’t lack options. There’s also Lord Manwaring (Lochlann O’Mearáin), whose wife (Jenn Murray) discovered their affair and hasn’t stopped sobbing since. Upon hearing Lady Manwaring wailing in another room, one of the characters explains the frightful noise away as a private rehearsal for Madea. In addition, Lady Susan makes the acquaintance of Reginald DeCourcy (Xavier Samuel), a smitten young suitor who is blinded to her boundless skill for manipulation. His sister remarks that she’s only been outsmarted once: by a group of tradesmen.

Female ambition is often portrayed as vacuous or reprehensible in representations of the period. There’s Undine Spragg in Edith Wharton’s Custom of the Country, who spends hours rewriting the same letter just to give it the correct air of refinement. In Vanity Fair, social climber Becky Sharp ends the novel as a social pariah, shunned by all those who know her. What makes Love & Friendship remarkable, however, is that the movie never stoops to punish Lady Susan. She’s immoral, but she’s also, as one character puts it, a “genius.” She’s so fabulous and witty, in fact, that the movie’s one deficiency is that no one around her can possibly match her cunning. When Reginald catches her with an old flame, she quickly makes herself look like the injured party. “Facts are horrid things,” Lady Susan later explains to Alicia.

Love & Friendship is easily the funniest movie Whit Stillman has ever made. His bristling screenplay — which shows shades of Noël Coward and Evelyn Waugh — has so many impeccable one-liners that it would take three or four viewings to catch them all. In an uproarious running gag, Alicia fears what will happen if her husband (Stephen Fry) discovers that she has not broken off her acquaintance with Lady Susan. Her family fled the United States due to their loyalties to the crown, and her husband has threatened to ship her back to Connecticut — which, in her eyes, is a death sentence. Lady Susan wholeheartedly agrees. “You could be scalped!” she cries.

As always, Stillman’s camerawork — this time helmed by the Belgian cinematographer Richard Van Oosterhout — is relaxed and unfussy. He’s never been much of a visual director, and this is not to the film’s detriment. With a script this divine, all you have to do is shoot your actors and hope you don’t get in the way. While Sevigny is dependably good and Bennett is an utter delight, Love & Friendship is Kate Beckinsale’s show. If the actress always shined brightest in period pieces, Beckinsale has never been more luminous than she is here. She’s a comic force of nature. Befitting the repression of the era, Beckinsale hilariously makes everything Lady Susan says sound like a barbed euphemism for something else. Until you see Love & Friendship, you will have no idea that the word “charming” could be used in so many different ways.

If Love & Friendship marks Whit Stillman’s first-ever adaptation, it also represents a fitting homecoming for the director, who famously took a 13-year hiatus between The Last Days of Disco and Damsels in Distress. In Metropolitan, which debuted in theaters 26 years ago, Tom (Edward Clements) and Audrey (Carolyn Farina) bond over a shared interest in literature — or at least, in Tom’s case, literary criticism. (He doesn’t read actual books.) What’s the work that brings the two budding young lovebirds together? Mansfield Park.