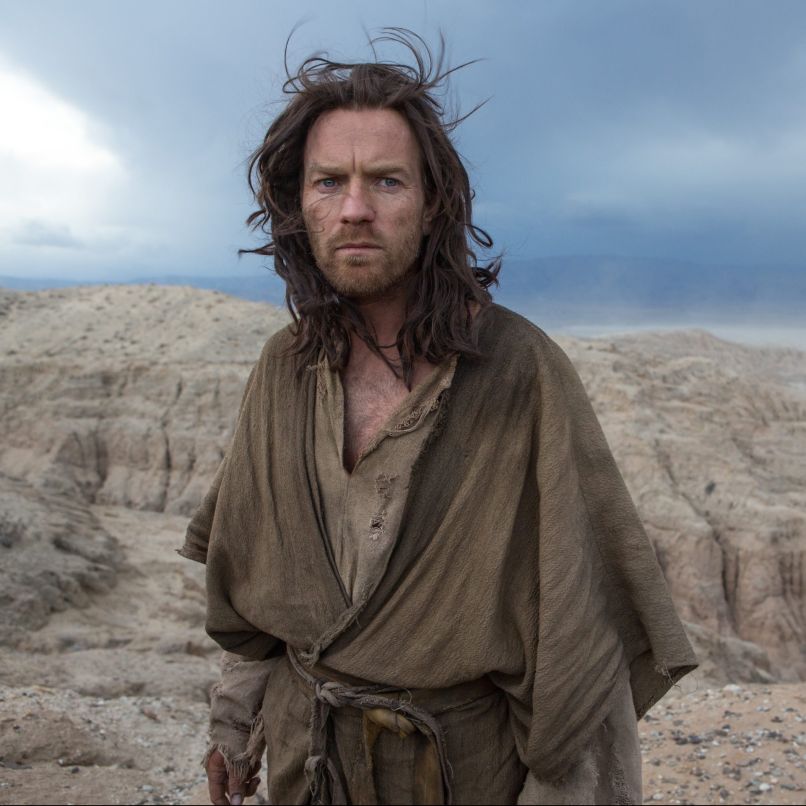 Last Days in the Desert considers, at great length, the burden of Christ being sent to walk among the lost souls of the world as a man. The Bible often considers the struggles Christ had to endure, even those long before the Passion, but in it he remains a figure of heroic stature, a man fated to be so much more than a man. But there’s no doubt that, to persuade the people of the time to turn from sin and into the light, he would have to at least seem like them. He would have to be able to speak to them in a way they could understand, to relate to them, to empathize. And when the time came, he’d leave them and set out for the deserts beyond Jerusalem, to pray and fast for 40 days and 40 nights.

Rodrigo García’s film imagines the end of those 40 days, when Jesus (Ewan McGregor) was not alone. For one, he’s beset by Satan’s temptations, but in a different manner than the Gospel of Matthew envisioned, with the appeal of bread and stone. Instead Satan manifests himself as a twin of Jesus, with earrings and a slight mullet, who takes Jesus’ worst insecurities about the seeming futility of his endless fast and levels them at him aloud. That Last Days in the Desert sees Jesus as faltering near the end of his fast is bold; Satan knows that he’s weakening both physically and in spirit, and latches on with invective like “Everything matters more to him than you.” Satan regards God more with condescending irony than outright hatred, and sees Jesus as the Lord’s abandoned son, who He allows to suffer even when the suffering could so easily be diminished.

For another, Jesus finds himself at the center of a family quarrel, and this is where Last Days in the Desert’s morality play takes shape. He’s given warmth and food by a family living in the mountains: a stonesmith (Ciarán Hinds), his ailing wife (Ayelet Zurer), and their son (Tye Sheridan), who’s reaching the age where he wants to know what that shining modern city off in the distance is like, and finds himself questioning whether he wants to uphold his father’s honor by completing the house he’s building and remaining on their land. That they are known only as the Father, Mother, and Son is by design; García’s screenplay considers them more for their archetypal value than as individuals, though all three are granted their own autonomy.

The mother is dying, and all three know it. Jesus feels guilt leaving them to their own devices. So the devil makes the son of God a deal: solve the family’s trouble to the individual satisfaction of each, and Satan will spare Jesus the endless emotional abuse and harassment for the rest of his desert sojourn. Last Days in the Desert explores Jesus in his most mortal phase, and McGregor’s exhausted performance is essential to its success. His smirking devil has its own dryly sarcastic merits, but it’s his interpretation of Christ at the end of his rope that will remain long after the film ends.

He’s so happy for the company that it’s too easy to forget the pressure under which he constantly exists. Not only is he trying to disprove the devil and guide the wayward family to some kind of atonement, but it’s after a prolonged stretch of total solitude and a lack of guidance from up above, making him all the more susceptible to moments of weakness. Early on, he gives some of his fleeting water supply to an old woman in the hills, and is cackled at by the devil as he watches his canteen be emptied for his troubles. Later he attempts to advise the boy’s father on how to take pride in his life’s work and is rebuked with a flatter assessment: “We were here together and we’ll leave the boy behind. That’ll have to do.” Jesus understands their struggle, but not why they have to live this way necessarily, or how to bring peace to people clearly fated to live without it.

And yet there are moments of humanity that cut through the film’s headier ideas about redemption, atonement, and mortality. It’s a vision of Jesus in the moments the Bible doesn’t touch upon, when he’s left to be quiet or pensive or scared without an omniscient narrator capturing his grander gifts to mankind. He’s just confused, and trapped between the knowledge that he must do something and a general ignorance about what that is or how to go about doing it.

Last Days does an exceptional job of framing Jesus as a small being in a great world, both narratively and in terms of Emmanuel Lubezki’s wide-open cinematography. The desert is frequently seen as being made of sky more than land, an obvious but effective visual motif that reduces Jesus and his newfound companions to small blips on an immense canvas. Much of the film’s photography is intimate as well, particularly in moments of conversation, but García establishes the desert as a microcosm of this period. Even Jerusalem doesn’t look that big from a mountain miles away. That diminishment is integral to the film, and not all the bright blue sky and shining sun in the world seems to brighten or enlighten the family’s tiny, collapsing ecosystem.

Admittedly, the film does run just a few crucial minutes long. Like Lincoln heading to Ford’s Theatre, it’s a matter of well-worn record what happens in Jerusalem, and there’s a moment before departure that ties the story together in lovelier fashion. In its attempts to reach higher truths, the film leads the audience to conclusions in a way that doesn’t quite feel organic with the film as a whole. Last Days in the Desert, however, accomplishes something that too few modern films about religion even attempt to grasp: faith and mortality are inextricable, from the early sequences of the Bible to the crucifixion and onward. It’s the idea that the end is inevitable, but what comes before is what matters most. And that sometimes it means that even when the devil promises that “I’ll come to you in the end, and if you give me a sign I’ll help you down, and you can stay,” there’s no real point in staying. What may lie beyond isn’t for the film to address; it’s what the righteous do in this life that endures throughout time.