Plus, seminal hip-hop trio release four-track EP as a preview of what's to come 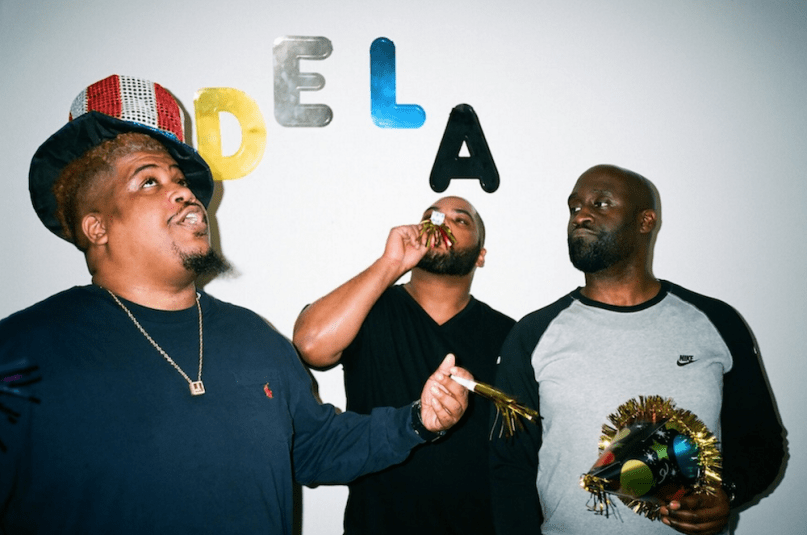 Last March, De La Soul launched a Kickstarter campaign to help fund And the Anonymous Nobody…, their first album in over a decade. Since then, they’ve raised over $600,000, and completed the long-awaited follow-up to 2004’s The Grind Date. The new album is slated to drop on August 26th through AOI Records, and expected to feature special guests in Damon Albarn, David Byrne, Usher, Pete Rock, and Little Dragon.

In promotion of the Kickstarter, the seminal hip-hop trio released non-LP track “God It” featuring Nas last year. Now, they’ve returned to share a song that is expected to appear on And the Anonymous Nobody…. Titled “Trainwreck”, it’s a funky jam about patience and perseverance, and can be heard in full below.

Additionally, De La Soul have put out a new EP, For Your Pain & Suffering, as a preview of the album. It features “Trainwreck”, along with tracks that did not make the LP’s final tracklist.