Various Artists – Day of the Dead 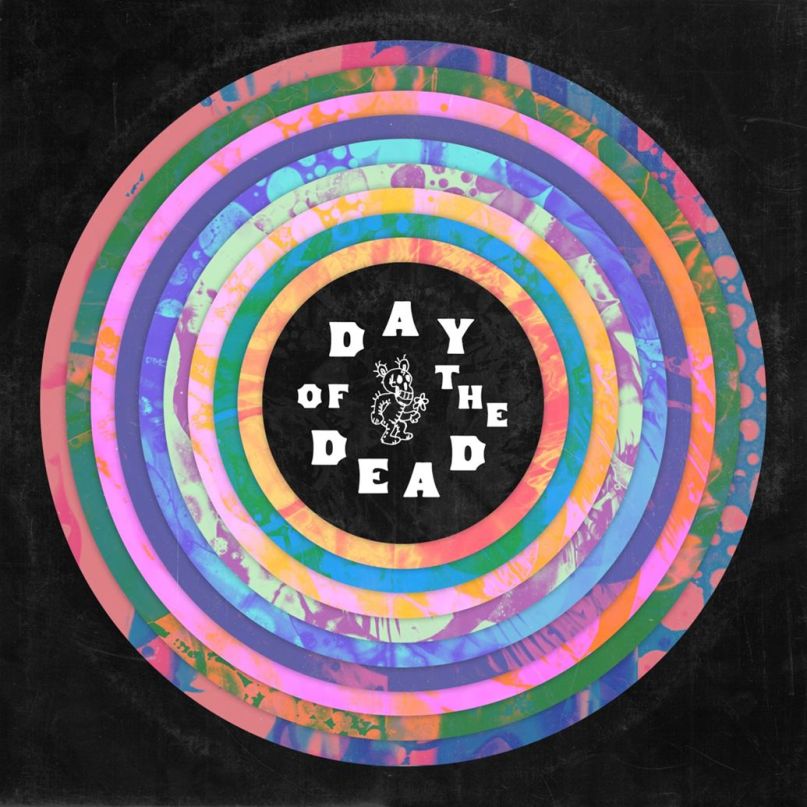 Boasting a contributing artists list that looks like a who’s who of indie rock, Day of the Dead is a mostly successful attempt at sending up one of the most cherished groups in rock ‘n’ roll history. Seven years after their work as producers and contributors on 2009’s collaboration Dark Was the Night, Aaron and Bryce Dessner take on The Grateful Dead with this year’s album benefitting the Red Hot Organization.

Despite the compilation’s 59 songs and many contributors, Day of the Dead remains cohesive while still allowing each individual artist’s unique voice a clear presence. The compilation’s second biggest accomplishment is that the music provides an interesting if sometimes imperfect look at a group often subjected to having their music overshadowed by the culture of their fanbase.

Though not unique in having fiercely loyal fans, The Grateful Dead were in many ways the forerunners for those fanbases that develop into their own cultural microcosm, an immediately identifiable brand that still offers a connectivity across barriers of language and background. Acts as far-ranging as Insane Clown Posse and Pearl Jam have managed the same type of following, though not quite as legendary as Deadheads. While an obvious indication of success in terms of their reach, those same cross-sections of rock fandom can impede perspectives on the music’s value.

To that end, Day of the Dead is not a never-ending jam session full of Anastasio-esque guitar wankfests. Instead, the Dessner brothers manage to curate a kind of open-ended question for each artist regarding how their individual musical language translates the work of The Grateful Dead. Opening with its most glaring “no shit” moment, the massive hit “Touch of Grey” is given proper due by The War on Drugs, a band whose penchant for post-melatonin rock fits the song’s cadence with ease. Another highlight comes from the unlikely source of Tim Hecker. The experimental electronic composer takes on “Transitive Reaction Axis for John Oswald”, running the music through his own (literal) conduit while keeping the song’s overall integrity intact. Other tracks, like Local Natives’ take on “Stella Blues” and Hiss Golden Messenger’s rendition of “Brown-Eyed Women” take a more straightforward path of interpretation, though not one that exactly a “by-the-numbers” approach.

Bringing a song to life without losing a unique voice is not an easy task by any means, but giving a familiar song an unfamiliar translation runs the risk of either becoming too self-indulgent or too safe. For their cover of “Cream Puff War”, Fucked Up fall into the former trap, paying homage more to their ability to “holler a lot” over hook-laden riffs than to the song’s more subtle, albeit rancorous in its own way, origins. In the same way, Bonnie “Prince” Billy’s rendition of “If I Had the World to Give” is a great cover but doesn’t really flinch at all, resulting in more of a well-produced karaoke session than a creative interpretation. That said, Billy’s cover of “Bird Song” stands out as one of the compilation’s most earnestly subdued moments, the singer/songwriter stripping away twang in favor of a rare turn in embracing the quiet. Other contributions from ANOHNI, The Tallest Man on Earth, Perfume Genius, Sharon Van Etten, and The National themselves all offer thankfully distinctive looks at a band whose music remains as multi-faceted and universally appealing as the roster of musicians paying respects here.