Warner Bros.'s latest announcement could spell disaster for the industry 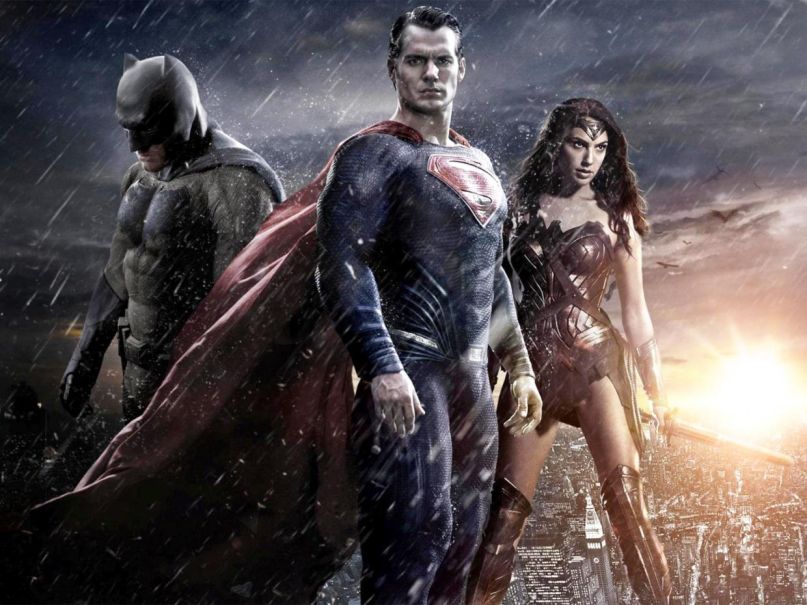 Hey, are you an avid filmgoer who’s grown tired of a mainstream marketplace increasingly dominated by megabudget franchise films? Well, bad news for you. It’s probably going to get a lot worse before anything substantially changes.

This morning, The Hollywood Reporter broke news that Warner allegedly plans to refocus their theatrical release strategy around the franchise model. It’s not as though the studio has recently been averse to franchises, mind you; Harry Potter was a massive property for years, reports of LEGO sequels and spin-offs began to surface as soon as The LEGO Movie broke out in early 2014, and Batman has been one of the company’s most lucrative properties for over a quarter of a century now. But in a current landscape where franchises have become the most surefire way for studios to guarantee not just one successful project, but build an entire production strategy around a series of them, it’s a bold step forward.

It was also probably an inevitable one. After all, for the contempt that exists for megabudget franchises in certain film communities, studios have become increasingly dependent on them in recent years, for good reason. Last year, Jurassic World broke the three-day weekend debut record in the US with $208 million, only to see that record shattered again before the end of the year by Star Wars: The Force Awakens’ $248 million debut. A glance at the listings of the top 20 highest-grossing films of all time reveals that at this point, over half of them were released in the past decade. Eight of them were released within the past five years, for that matter.

Several of those are Marvel movies, to say nothing of the guaranteed nine-figure debut allowed to virtually any comic adaptation being released these days. So in this respect, Warner’s maneuvers make eminent sense. Just as relevant is Warner’s 2015 run, one characterized more by high-profile failures than by the breakout successes of Mad Max: Fury Road and San Andreas. Last year, Ron Howard’s In the Heart of the Sea grossed a total of $93 million worldwide on a rumored budget of at least $100 million. Pan was intended to launch a Potter-style family franchise, but topped out at $128 million worldwide on a $150 budget and won’t likely get its planned sequel. (Most of that money was non-domestic; the film landed at just $35 million here.) And Jupiter Ascending, the Wachowskis’ would-be comeback project, grossed enough overseas to recoup its budget, but was another high-profile dud for the studio overall. (That’s to say nothing of the Hobbit series, which did well enough but was hardly the breakout success that Warner expected on the heels of the Lord of the Rings trilogy.)

Across the industry, this conflict is evident time and again. From the continuous aping of Harry Potter and the Deathly Hallows’ two-part finale structure to Warner’s hasty, rapidly assembled DC Universe initiative, studios are chasing the guaranteed big money first and the smaller projects an increasingly distant second. Granted, this has been the mode for much of Hollywood’s history; ambitious artistic projects have historically been underwritten by studio tentpoles. And yet it’s hard to deny that the pendulum continues to swing further and longer in the direction of flashy, four-quadrant franchises that can be depended upon to boost a studio’s fortunes for years at a time. (Four-quadrant: appealing to every audience demographic, from kids to older adults and everyone in between.)

It’s a self-feeding cycle, after all. The studios want more return on investment for each film, so they make the films that guarantee the biggest returns. Those films typically cost a substantial amount of money, so the promotional push has to ensure a guaranteed audience, which costs more money. Theaters want the films that will pack in the most moviegoers, so those films occupy more and more screens. In order to offer an up-to-date theatrical experience for the viewer, the theaters and their concessions all increase in price. And the more expensive the theaters get, the higher the expectations become for studios to release films that viewers will feel are worth the rapidly increasing expense of a night out at the movies. So the films get bigger and more expensive, and the whole snake keeps devouring its own tail.

To discuss Warner’s move is to also look at the state of production itself, going beyond the audience reception. Producer Lynda Obst, who’s been involved with Interstellar among other projects, traces this back to the writers’ strike of 2007-2008:

“The existential moment was the writer’s strike [of 2007-08] running smack into the recession. That’s when everything came to a standstill. The writers started to lose their deals. Everyone in this town was at odds with everyone else. People were speaking in tongues, nothing made any sense. As long as the strike continued, executives had nothing to do. They were being cursed at daily as they went to work. They were experiencing the effects of the collapse in the DVD market, which was the business moment of the rupture … Now, thanks to the strike, they could cite force majeure to sever deals. The first to go were with the writers.

“They asked themselves, do we even need writers after this is over? If our profits are now coming in from the global market — replacing the profits from the DVD market — then we need a totally different kind of movie. The new projects, the big action franchises that could sell worldwide, were studio-generated, not writer-generated. Writers could be hired after the project was underway; they didn’t need to be kept on contract. And once the studios decided they didn’t need writers, they didn’t need the producers who used to bring the writers to them. All they needed producers for now was as a source of money to launch franchises. If they didn’t have that kind of money, they were no longer useful.”

Obst’s example explains a lot about the films being made at the studio level, particularly post-strike, and by proxy which films are no longer being made. If it can’t offer sequels and legs, it’s harder for a film to get made than ever before if you’re not a filmmaker with the clout to get a project greenlit just on the strength of your name. This is the significance of Warner’s announcement in a nutshell: It announces publicly what’s been implicit for some time now. While quality obviously helps (look at the concern over Batman v Superman for just one example of how a film can only get so far with a bad reputation), it’s no longer going to be the primary concern of many developmental plans.

A strategy like this one will also affect the productions themselves, more and more as time progresses. Consider, for instance, the current DC Universe slate through 2020; as of the publication of this article, two more films have been added to an already crammed strategy.

If you’re counting at home, that’s 11 DC Universe films between now and June 2020. The production cycle for these films suggests that DC movies will constitute a substantial amount of Warner’s overall plan going forward. Including the currently scheduled LEGO films (three between now and 2018) and the Potter spin-off Fantastic Beasts and Where to Find Them (expected to launch its own trilogy), Warner looks to spend the vast majority of its next few years developing an ambitious slate of projects that will only serve to further the already-existing assumption that it’s “franchise or die” for major studios. And if this works, well, it only furthers the assumption that what the people want is the same identifiable properties, which will influence production slates accordingly. And as with every industry shift, it’s the money that will spur it.

This method is worrisome for a number of reasons. For one, it’ll only contribute to the recent trend of promising independent filmmakers being snatched up by studios who want a director that can do good work at a fraction of the cost of, say, a Christopher Nolan. Given Obst’s observation about the declining value of the name-brand writer, which makes sense given that a film like Batman v Superman is inevitably going to be more concerned with brand satisfaction than narrative flourishes, it’s difficult to imagine that the value of the filmmaker won’t eventually go the same way. Now, it’s not impossible in the slightest that one of these offbeat filmmakers could emerge as their own pop auteurs; James Gunn took a substantial leap in that direction with Guardians of the Galaxy, and for whatever one might have to say about Jurassic World, it’s undeniable that Colin Trevorrow took a pretty colossal leap from the low-budget Safety Not Guaranteed to that film, and now eventually to Star Wars Episode IX as well.

But a strategy like Warner’s opens up a film marketplace in which the most talented filmmakers must prove themselves not through their own, more innovative projects, but are instead tasked with sneaking those innovations into existing properties that will typically have a pre-set release date before the filmmakers and writers and other creative personnel are even hired in the first place. That’s not to say that the model hasn’t operated this way for at least the past 10-15 years, but the model is being exacerbated by the amount of output studios are starting to demand of their cash cow franchises. On the one hand, this means that promising filmmakers will be handed global platforms on which to work, and the job of “director” will pay better than it likely ever has before for a filmmaker on their second or third project in total. On the other, last year’s Fantastic Four stands as a monument to the downsides of such a plan, as a cautionary tale about what happens when a studio desperate to meet a deadline and a young filmmaker potentially out of their depth come together on a massive franchise project.

While the franchise model could serve as the foot in the door a filmmaker might need to make their Interstellar or their Argo (both Warner productions by filmmakers currently or previously involved in the studio’s franchises), it also allows for less and less room for those projects, even by filmmakers who prove themselves. And if Warner seems like an isolated example, consider the cards other studios hold. Sony owns the Spider-man property, which it’s working on rebooting as we speak, as well as James Bond and a number of others. Disney, well, you know how Disney’s doing between Marvel and Star Wars and Pixar. 20th Century Fox still has the X-Men (and technically the Fantastic Four) in-house, Paramount has the Transformers IP and the Mission Impossible movies, and Universal is sitting on a treasure chest of its own with just the litany of hits it put out last year alone, from the Fast & Furious series to the Jurassic films to those godforsaken Minions.

One studio quadrupling down on its most guaranteed properties is one thing. But if it works? If Warner enters into a heretofore unprecedented run of success, the DC films turn around from their shaky start, and they become a competitor to the Marvel Cinematic Universe? That’s when the industry changes in a very real and tangible way. That’s when the franchise movie becomes a prerequisite rite of passage for any director looking to paint on a larger canvas. That’s when the weird side projects are declined because they can’t yield two or three or four sequels. And to be fair, the early ’70s (widely agreed upon as one of Hollywood’s finest periods ever) came as the result of the high-profile bombs of the ’60s requiring studio heads to get creative with their offerings. But it also almost killed the industry and a bunch of studios first. So ask, and really ask: Are these the movies you want? This truly isn’t meant to be a leading question. But it’s one everybody will have to answer sooner rather than later.