More lineups have been revealed, and we're shuffling our list 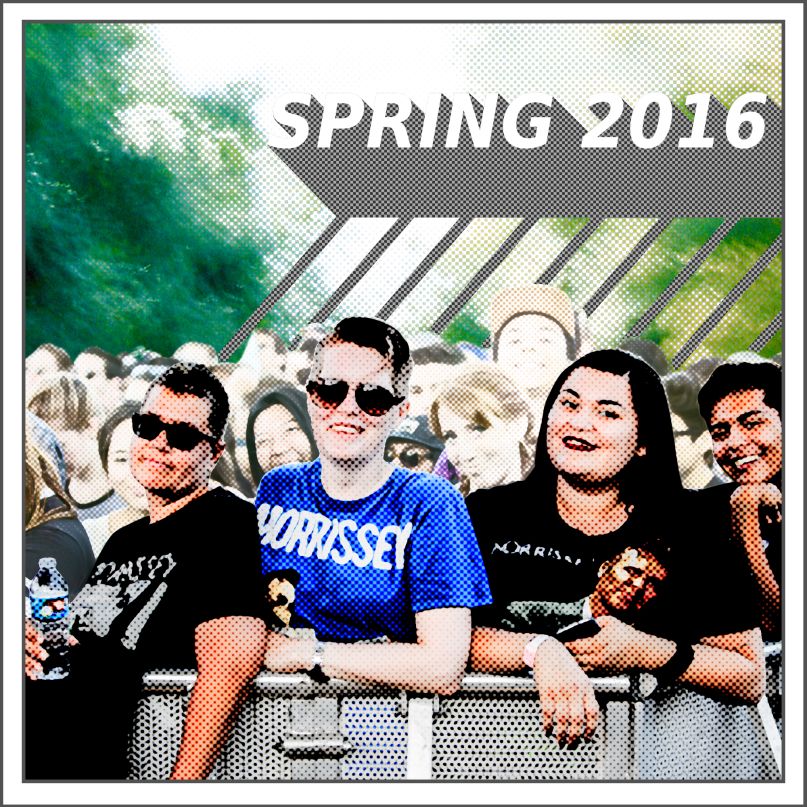 Judging from my uncontrollable sneezing, sinus migraines, and itchy eyes, it’s springtime again. Which means we’re two weeks removed from South by Southwest and two weeks outside of Coachella — basically, the calm before the storm. Nothing to complain about; it’s a tiny window we enjoy every year, a moment to take in any last gasps before we hit the ground running.

Oh, we’ll be lacing up all year. Back in January, we already had a solid forecast of the forthcoming festival season, thanks to early announcements by Coachella, Governors Ball, Bonnaroo, and a dozen more banner names. Now, we’re looking ahead with 20/20 vision, and while there’s been much debate about whether the scene’s been homogenized, the future looks bright.

Over the past couple of months, we’ve been pummeled with a handful of new and exciting lineups, from blue-chip fests like Glastonbury, Lollapalooza, and Osheaga to newer additions like New York City’s Panorama and Ohio’s PromoWest. That’s all without mentioning the endless head-turners — ahem, FYF, Summerfest, and Rock Werchter — that keep piling up.

There’s been a lot to sort through, admittedly, and plenty of garbage to toss aside. But we’ve done the dirty work, which is why we’re back with another round of rankings that collect this year’s top festivals so far. Rest assured, we’ll be back by summer potentially with a new list, but you don’t have to worry about that. All you need to do is just read and plan accordingly.

You can thank us later.

Unlike the fest itself, which has moved from NYC to Asheville and now to Durham, North Carolina, Moogfest plants its feet firmly in 10th place on our list. Initially designed to celebrate Dr. Robert Moog, inventor of the synthesizer, Moogfest provides the perfect synthesis of old and new acts. By combining the likes of Grimes and Odesza with Laurie Anderson and Gary Numan, the festival artfully attracts a younger electronic fan base while teaching them about the musicians that pioneered it all. Obviously, this design was intentional. In fact, Moogfest organizers continuously update the fest’s infrastructure, making it resemble more of a SXSW than a run-of-the-mill EDM fest. That said, while festivals that preach peace, love, and vibes are well and good, those with a greater purpose are a bit more refreshing. –Danielle Janota

Boston Calling remains the only major music festival to grant women equal representation from the top to the bottom of the bill, and that counts for something in a year when ladies are clearly outclassing dudes in everything from radio pop (Sia, Robyn) to guitar-based indie rock (Haim, Courtney Barnett). Throw in some inspired choices at the top of the lineup — Sufjan Stevens, anyone? — and you’ve got yourself a solid early entry in the festival season. This one will set a high bar for the others to reach. –Collin Brennan

Quite a bit has changed since we published our last festival ranking. It was announced last month that concert behemoth Live Nation is in the final stages of purchasing Governors Ball Music Festival, capping off a weird, transitional year for the Randall’s Island festival that started with the emergence of AEG Live’s own New York City festival, Panorama. But despite all the chaos, the Ball is still bringing it this year. The three-day fest somehow convinced both Kanye West and The Strokes to headline, which lends an air of volatility and excitement to the top of the bill. Throw in Jamie xx, Eagles of Death Metal, and The Killers (very underrated in a live setting) and you’ve got an island we’d like to be stranded on for a few days. –Collin Brennan

Contrary to what the first six items on this list suggest, LCD Soundsystem doesn’t have to top the bill to make a fest shine. As the growing festival market continuously regurgitates the same few lineups, the smaller, concept-driven gatherings like Levitation really start to increase in value. While our ranking pushed the Austin fest back two spots to make room for fuller lineups, it still upstaged some of the world’s most renowned. As always, Levitation (previously Austin Psych) chose quality over quantity, allowing it to not only replace Sasquatch on our list, but also help knock NOLA Jazz and Bonnaroo completely out of the running. The stellar lineup, which boasts a number of experimental oddballs and legacy acts, offers a unique selling point. However, the fest’s appeal truly lies in its aesthetic. Not only do all the acts bear some psychedelic influence, but Brian Wilson was purposefully selected to pay homage to the 60s, the era for which the fest was designed and named. By some miracle, or perhaps some hallucinogen, Levitation has found itself once again.  —Danielle Janota

There’s an understood rule whereby any lineup that features Radiohead is exponentially better. For this year’s festival season, that’s less a rule and more an indisputable fact, especially given the extenuating circumstances, namely: They’ve yet to drop their first new album in half a decade. That exciting mystery makes Thom Yorke & co. something of a prized pig for any festival, and Lollapalooza was fortunate to nab ’em. On top of that, they also grabbed the year’s big reunion (LCD Soundsystem), a festival favorite (Red Hot Chili Peppers, no matter what you say), and young all-stars (J. Cole, Lana Del Rey). Swim through that undercard long enough, and you’ll re-surface with a tacklebox of must-see names, whether it’s obvious mid-tier gold like HAIM, Future, and Disclosure or lesser-known stuff like Flatbush Zombies, Bob Moses, and Mothers. NOLA’s Jazz Fest will always feature the stuff of legend, but their two-weekend plan is no match for four days and Radiohead. Sorry, Big Easy. –Michael Roffman