Even failed experiments can contribute to significant breakthroughs down the line 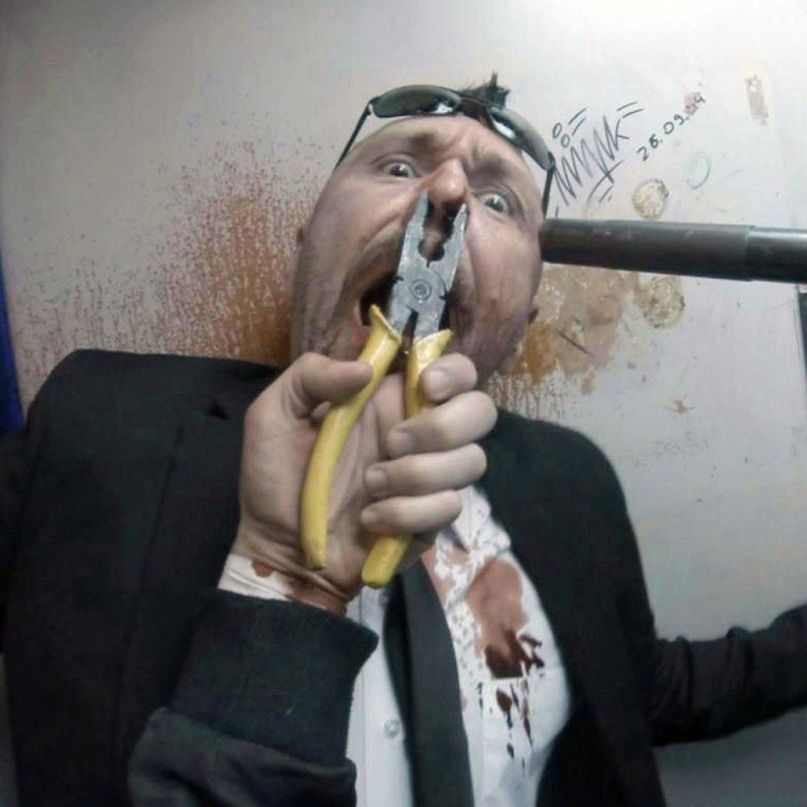 Filmmaker and Biting Elbows frontman Ilya Naishuller came about as close to you can get to a legitimate overnight sensation in a medium that requires as much time and money as film when he directed the music video for his band’s song, “Bad Motherfucker”. The innovative short, a freewheeling, non-stop onslaught of action and chaos shot entirely from a first-person perspective, quickly went viral, racking up over 40 million views when it was released in 2013 and led to fellow director Timur Bekmambetov (Wanted, Night Watch) convincing Naishuller to direct a full-length version.

Just over two years and a successful Indiegogo campaign later, the result of that suggestion, Hardcore Henry, is being unleashed on the world, and it’s generating even more buzz than its predecessor. Billed as “The First Ever Action POV Feature Film,” Hardcore Henry has the potential to become a genuine sensation. For the most part, it deserves that level of attention and praise.

Henry, our POV entry into the world of Hardcore Henry, wakes up in a lab. His beautiful scientist wife, Estelle (Haley Bennett) informs him that he’s been killed in battle and resurrected and rebuilt as a partially robotic super soldier. Before she can explain much more, though, or reinstall his voice, AKAN (Danila Kozlovsky), a mysterious but clearly sinister villain with telekinetic powers, breaks in and destroys the lab, leaving Henry and Estelle to flee for their lives.

Henry manages to escape, but Estelle is kidnapped, leaving a confused and non-verbal cyberborg running, kicking, punching, and parkouring his way around Russia as he looks for his wife. When he meets Jimmy (Sharlto Copley, having a scenery-chewing blast), a seemingly omnipresent and indestructible eccentric who at least appears to have Henry’s best interests at heart, the pair team up and plan to take on AKAN and save Estelle.

All of this is relayed to the audience, via Henry, in explosions of exposition that are tossed in between frenetic action sequences. It’s not the most elegant narrative ever, unravelled in fits and starts and constantly interrupted in favor of another action sequence, but it gets the job done well enough. The story is, at best, incidental, to what Hardcore Henry is really trying to accomplish: film crazy shit and keep it up for an hour and a half.

For the most part, Naishuller and co. succeed at that. With an almost ceaseless, adrenaline-pumping pace that makes the Crank franchise seem somnambulistic by comparison, Hardcore Henry delivers creative action sequence after action sequence, and it’s almost as fun to think about how they managed to choreograph and shoot the battles and chase scenes as it is to suspend your disbelief and go along for the ride. The only problem is that there might actually be too much action in Hardcore Henry.

As well done as the proceedings are – and as charmingly mid-fi as the ensuing gore from those episodes is – the film starts to risk adrenaline fatigue after the first hour. Even death-defying pursuits, stunning parkour chases, boobs, exploding heads, fire, boobs, and endless exploding viscera can start to feel monotonous after a while. This is where a stronger story, or at least more care shown to the existing story, could have come in handy. With a bit more audience investment, Hardcore Henry’s rush could have been sustained awhile longer, keeping things going at a more steady pace until the very end.

While Hardcore Henry is, at best, only moderately successful as a film, it will earn, and deserve, a place in cinematic history. Its use of first-person POV, and the ways in which it manages to reinvent action sequences within that conceit, is exciting and fresh and should have a lasting influence on genre film for years to come. Even failed experiments can play their part in contributing to significant breakthroughs down the line.