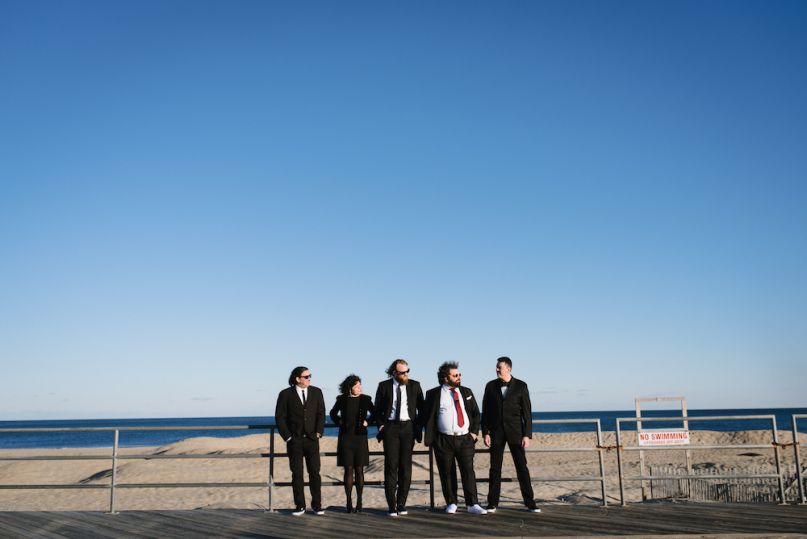 Music has followed New Jersey rocker Mike V all his life. After spending much of his 20s on the road with various punk and metal acts, he scored a job at famed independent label Matador Records. Not long after starting the new gig, however, yet another new opportunity in his musical career came knocking.

During a post-work karaoke shindig, Mike V befriended Catherine Herrick, a publicist for Matador’s parent company. Upon hearing her belt Def Leppard’s “Bringing On the Heartbreak”, he knew she would fit in perfectly with his band, which he’d been working on on the side when he wasn’t tied up at the office. One thing led to another, and eventually both Mike V and Herrick quit their day jobs to commit themselves to the group that would later become The Everymen.

Fast forward some years later and Mike V and his Everymen collective — still dedicated to music as ever — are gearing up to put out their third studio album, a 10-track effort titled These Mad Dogs Need Heroes. Due out later this spring through Ernest Jenning, it was recorded in Muscle Shoals, Alabama with Ben Tanner, a touring member of Alabama Shakes, and even road-tested at a few shows last year alongside The War on Drugs.

In advance of the May 27th release date, The Everymen have shared the album opener “Co-Depdendent’s Day”, a soulful, melodic rocker that nods to doo-wop’s heyday. In a statement to Consequence of Sound, Mike V discussed the song and its importance to the album:

“This song kind of defines the new album for us. It was our flagship tune going into the process, as it was the embodiment of our in-studio mantra, “swing more, rock less.” If we wanted to make another rock record, we could have stayed in New Jersey. We went to Muscle Shoals for a reason and I think that swing and that soul that we were in search of comes out in this track, as well as over the course of the rest of These Mad Dogs Need Heroes.”