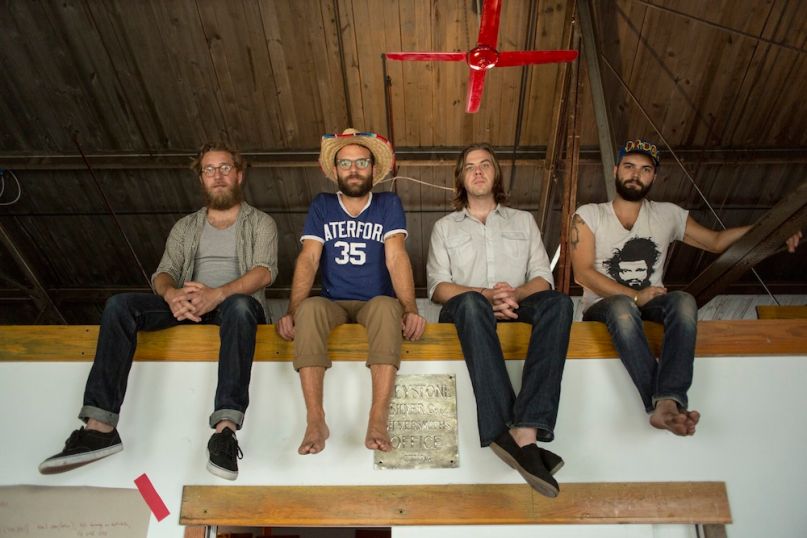 Much has been made of Rhode Island’s new logo for state tourism, which paradoxically claims that the state is both “Cooler & Warmer.” If you really want to know what that’s trying to get at, Quiet Life isn’t a bad place to start. The bluesy roots rockers wrote their new album, FOGGY, during a lazy summer on the Rhode Island coast, and its vibes are as cool as a summer breeze and as warm as a …. summer breeze, ya dig?

Speaking of summer and things that are breezy, the group’s new single “Summer of ‘16” is a chilled-out slice of blues rock that arrives just in time for warmer weather. Along with the rest of the album, it was produced by Dr. Dog‘s Scott McMicken, who also contributed vocals and guitar.

Band leader Sean W. Spellman says that, “Lyrically, ‘Summer of ‘16’ is a song about looking forward to something good, wandering and wondering, missing something, finding something else to replace it, and being out in the sun.” Alright, yes, all of these things are objectively good, but we’ll let Spellman continue. After writing the song with McMicken, he brought it to the rest of the guys to finish up. “With the full band, it became a more solid tune,” he recalls. “The bass and drum part is really cool and Birdie added a pretty harmony that really sweetens it up.”

Sweet is right. This one goes down like ice-cold lemonade. FOGGY drops April 8th, but you can give “Summer of ‘16” a listen below.