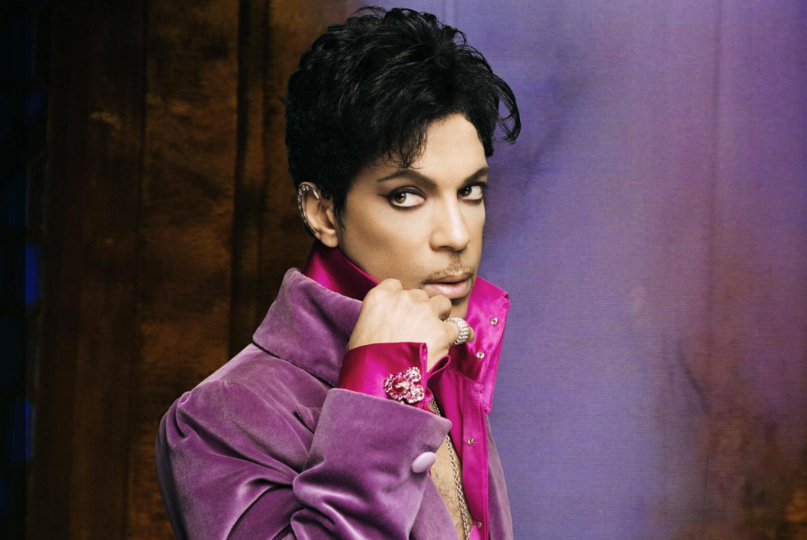 Well, he finally did it. Earlier today, when the unfathomable news of his death began making the rounds, Prince broke the Internet, that thing he’d once declared “completely over.”

First he killed Twitter — inspiring everyone with even a passing appreciation for his music to fire off a tribute — and then he reminded us why there are some things computers still can’t do. As heartbroken fans suddenly longed to hear Purple Rain and Sign o’ the Times (and Parade and 3121 and his many other brilliant albums), they couldn’t simply fire up Spotify or YouTube to get relief. His Royal Badness didn’t get down like that.

To really deep-dive into Prince’s catalog, not just fish around for whatever scraps his lawyers missed, fans must dig out their LPs and CDs or switch on terrestrial radio or MTV, which preempted all programming to run a marathon of his videos. For his final encore, Prince has taken us back to a time when everyone valued music enough to pay for it — or at least engage in a little effort to get it.

If all of this makes Prince sound like a luddite, he wasn’t. As the countless obits being written up this afternoon will attest, Prince was an early adopter of the Internet. In 1997, when an incoming phone call could still get you booted from AOL, he sold his Crystal Ball collection exclusively online. Nine years later, after further experimentation with his NPG Music Club, he picked up a Webby Lifetime Achievement Award.

Prince could be an innovative businessman when he wanted to, but the important thing to remember is why. Prince was able to take on the Internet in the ‘00s for the same reason he could challenge his record label in the ‘80s and ‘90s: He was the only person on the planet capable of producing his particular product, a variety of genre-warping pop that would influence virtually every worthwhile musician that followed.

Everyone knows the basics. On Dirty Mind and Controversy, his early punk-funk classics, Prince made music that Hendrix, Clash, and Rick James fans could all vibe on. With 1999 and Purple Rain, he proved that virtually every earthling with disposable income would yield to his freaky-funky charms and trade their hard-earned cash for bizarre songs about wearing lingerie to restaurants and masturbating in hotel lobbies. (Also, songs of tenderness, spirituality, freedom, and above all individuality.) Until about the mid-‘90s, he was untouchable, and in the spotty years that followed, his hit-to-miss ratio remained high for someone so ridiculously prolific and filterless.

Prince was a handsome man who sometimes dressed like a beautiful woman. He made sweaty-ass sex music waft out of the speakers like sweet lavender perfume. For many years, his only competition was Michael Jackson, a supernatural talent who beamed down from a much different planet. MJ was Peter Pan; Prince was, by his own admission, “something that you’ll never understand.” If he had only sung, danced, played guitar, or written and produced songs in his inimitable way, he’d be remembered as one of the greats. He did all of those things — in high heels and really tight velvet pants.

The list of artists Prince has inspired is too long and ridiculous to even try to formulate. If he’s not the sole reason we have D’Angelo, Miguel, Frank Ocean, Anderson .Paak, Twin Shadow, St. Vincent, Of Montreal, Little Dragon, Bruno Mars, and Kanye West, he’s certainly to thank for helping to create a world where these and other boundary pushers are accepted on a wide scale.

The best way to pay tribute is to tweet your respects and then close the laptop and dig into the music — the audacious raunch of “Sister”; the relentless electro-groove of “D.M.S.R.”; the heartbreaking majesty of “Purple Rain”; the swooning beauty of “Under the Cherry Moon”; the gender-bending yearning of “If I Was Your Girlfriend”; the moments of greatness onThe Gold Experience, Emancipation, and even the Graffiti Bridge soundtrack. (“Can’t Stop This Feeling I Got”, anyone?) Dust off the Batman soundtrack and marvel at how Prince knew 25 years ago that superhero movies were more than just kids’ stories. Take a chance on Art Official Age or his two recent HITnRUN sets. There’s lots to cherish all the way to the end.

If the Internet ever ushers in a world where gender, race, sexuality, and genre truly no longer matter, it will only be delivering on a promise Prince made decades ago. That world has existed in his music all along.