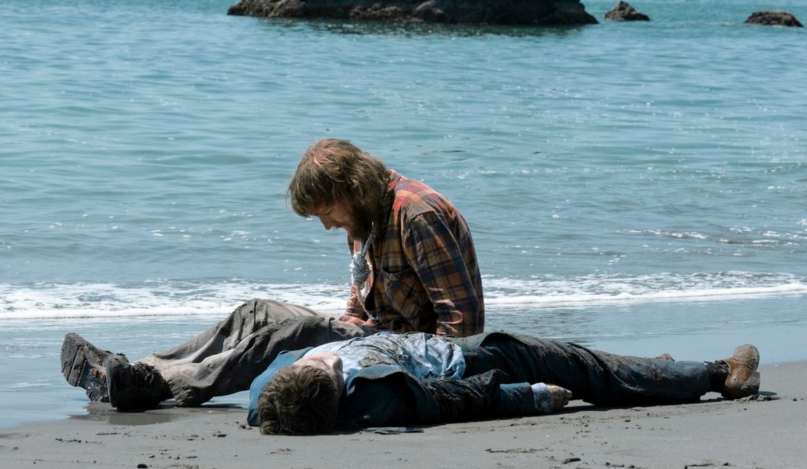 One of the loudest films out of this year’s Sundance Film Festival was Swiss Army Man, the surrealistic survival indie that caused a ruckus online for featuring “Daniel Radcliffe’s farting corpse.”

Though, as Justin Gerber argued in his review, “There is a lot more to be found in the sands, ocean, and forests that make up the debut feature film by The Daniels (Daniel Kwan and Daniel Scheinert),” to which he added: “Imaginative editing. Outrageous special effects. Standout performances from Radcliffe and Paul Dano.”

For clarification, here’s the official synopsis:

Hank (Paul Dano) is stranded on a deserted island, having given up all hope of ever making it home again.  But one day everything changes when a corpse named Manny (Daniel Radcliffe) washes up on shore; the two become fast friends, and ultimately go on an epic adventure that will bring Hank back to the woman of his dreams.

Swiss Army Man creates a world like no other—a place of pure fantastical imagination, brimming with magical realism yet featuring two characters whose dreams and fears are entirely relatable. Dano and Radcliffe both fully commit to their directors’ audacious vision, and their work is exceptional, finding the perfect balance of humor and heart that drives the whole film.  A celebration of all the wonders cinema has to offer, Swiss Army Man is ultimately all the more remarkable for using its dazzling originality to tell a universal story of human complexity and connection.

See how all that shakes up with the film’s glorious trailer below.

Thanks to A24, the film’s gonna have a shot on the silver screen come June 17th.