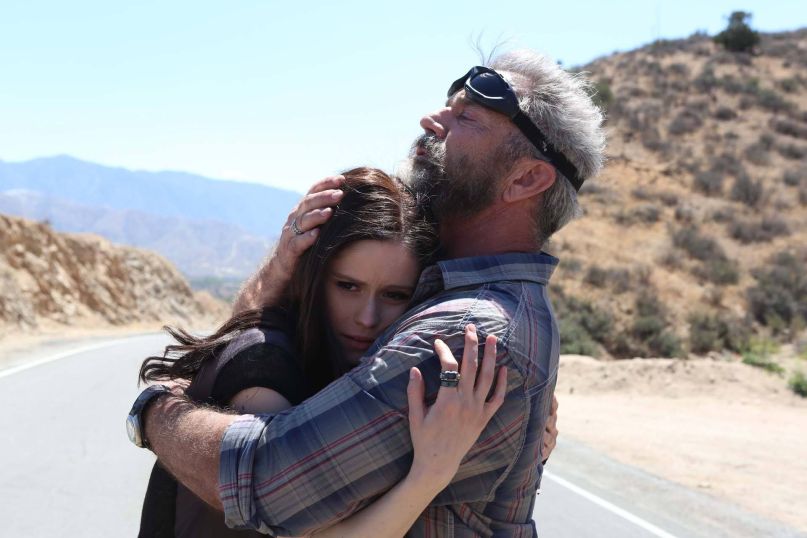 Setting aside the awkward collar tug that will inevitably follow any announcement of a new Mel Gibson project for the rest of his life and ours, the actor looks to continue his gradual return to theaters with the trailer for Blood Father, directed by Jean-François Richet of the Assault on Precinct 13 remake and the Mesrine films.

The film’s official synopsis confirms what the trailer suggests, which is to say that Gibson will be taking the logical route of leaning into his now-natural antihero status. As described: “After her drug kingpin boyfriend frames her for stealing a fortune in cartel cash, 18-year-old Lydia goes on the run, with only one ally in this whole wide world: her perennial screw-up of a dad, John Link, who’s been a drunk, a drug addict, a motorcycle outlaw, and a convict in his time, and now is determined to keep his little girl from harm and, for once in his life, do the right thing.”

Co-starring Erin Moriarty as his daughter and also featuring William H. Macy and Diego Luna, among others, Blood Father looks like the kind of down-and-dirty action filmmaking that made Gibson an international superstar in the first place. It’s as good a place as any to begin again, and while there’s no confirmed U.S. release date as of now (it hits Australian theaters on August 25th), this’ll be one to watch out for.