Before Dawn, After Midnight: M83 in 10 Songs

by Danielle Janota and David Sackllah 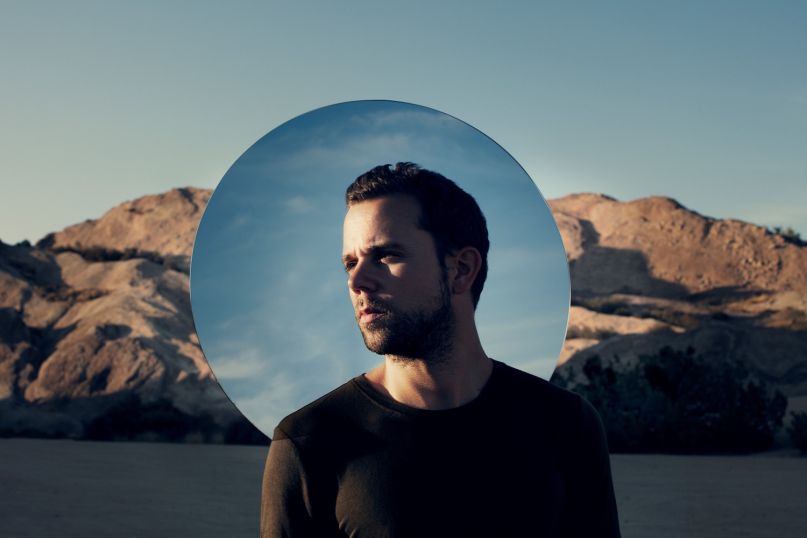 Ever felt overwhelmed by an artist’s extensive back catalog? Been meaning to check out a band, but you just don’t know where to begin? In 10 Songs is here to help, offering a crash course and entry point into the daunting discographies of iconic artists of all genres. This is your first step toward fandom. Take it.

This week marks the release of Junk, M83’s seventh studio album and first in five years, marking the longest span of time between releases throughout their illustrious career. While by no means an unrecognized, low-profile group in the 2000s, it wasn’t until 2011’s Hurry Up, We’re Dreaming, their grand, ambitious masterpiece, that M83 emerged as one of the genre’s biggest forces, a rising electronic-rock band that went from opening tours for Depeche Mode and The Killers to playing pavilions and prime festival slots on their own accord. After five years marked by touring and detours into film scores, M83 is ready to emerge with an attempt to follow up the success of their biggest statement to date.

The vision of French musician Anthony Gonzalez, M83 has gone through various phases, beginning with a raw approach that steadily evolved into a more ambient-focused, electronic-driven project before fully growing into its own as a band focused on crafting cinematic grandeur. In a decade where many contemporaries were focusing on minimalism, M83 always had stadium-sized aspirations, making no qualms about crafting huge, overwrought moments in their music.

While seven albums across 15 years may not seem like much, M83’s catalog yields a surprising amount of diversity for a group whose music so vividly recalls visions of teenage angst and movie-ready dramatic climaxes. Gonzalez has shown remarkable growth and maturity over his long career, but he is still able to tap into that childlike sense of wonder and adolescence where every crossroads feels like a life-or-death decision. Indebted to the stylings of the ‘80s, Gonzalez has worked tirelessly to breathe new life into a brand of music often presumed as dated, tapping into and updating those underlying elements without relying too heavily on nostalgia.

M83’s work has many sides to it, and the first two singles from Junk show that you never know which you’ll get until you press play. As the mystery is about to subside on which M83 shows up on Junk, we’ve taken a look back at some of the most important touchpoints throughout their career, showcasing both the long journey that’s taken them to this point as well as highlighting the many styles they have excelled at. Whether you showed up for “Midnight City” or are still holding out for Digital Shades Vol. 2, M83 has a vast, diverse collection of material ready to be explored.