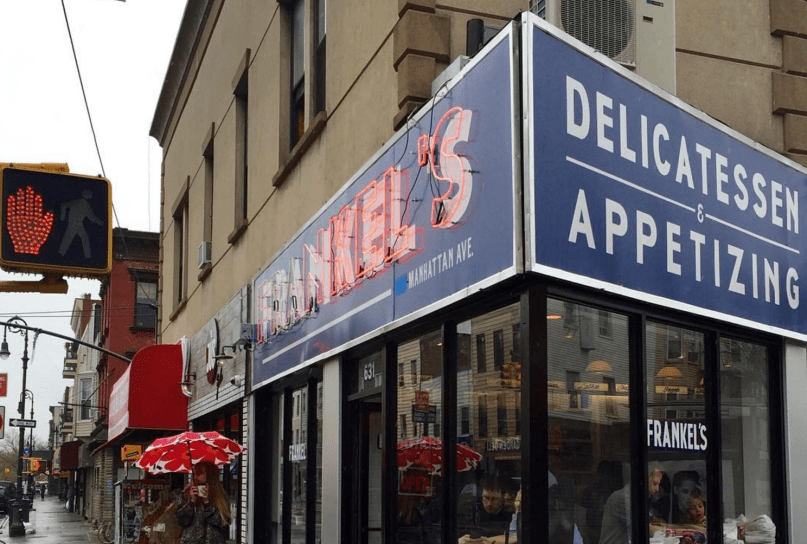 In between recording Run the Jewels 3, El-P has apparently found time to open a restaurant. And it’s not just any ol’ restaurant, either; El P has brought to Greenpoint, Brooklyn the world’s greatest type of eating establishment, a Jewish deli.

As Pigeons and Planes points out, El-P along with fellow rapper and frequent collaborator Despot are co-owners of Frankel’s, a new Jewish deli opening today at 631 Manhattan Ave in Greenpoint. The restaurant is said to be the brainchild of fellow musician Alex Frankel of Holy Ghost! and his brother Zach, and they’ve hired Food Network veteran Ashley Berman to serve as executive chef.

El-P has been doing his part to spread the word about Frankel’s on Twitter, posting several photos of the restaurant’s various menu items. Everything looks most excellent.

bad bagels hurt America daily. we opened a spot to get a real 1 today because we're patriots. it's called Frankels. pic.twitter.com/T5ygrlYxod

for those that want to check out our new deli on today's opening day it's located at 631 Manhattan ave(and Bedford). pic.twitter.com/zJ0AFbaPmu

FRANKELS is way more than bagels. i just obsess over bagels. here are some of the menu items: pic.twitter.com/VVvPk1vC5B

Meanwhile, Despot has assured fans that this is not an April’s Fools Joke.

And for the first time since moving to Chicago, I’m jealous of not living in New York.