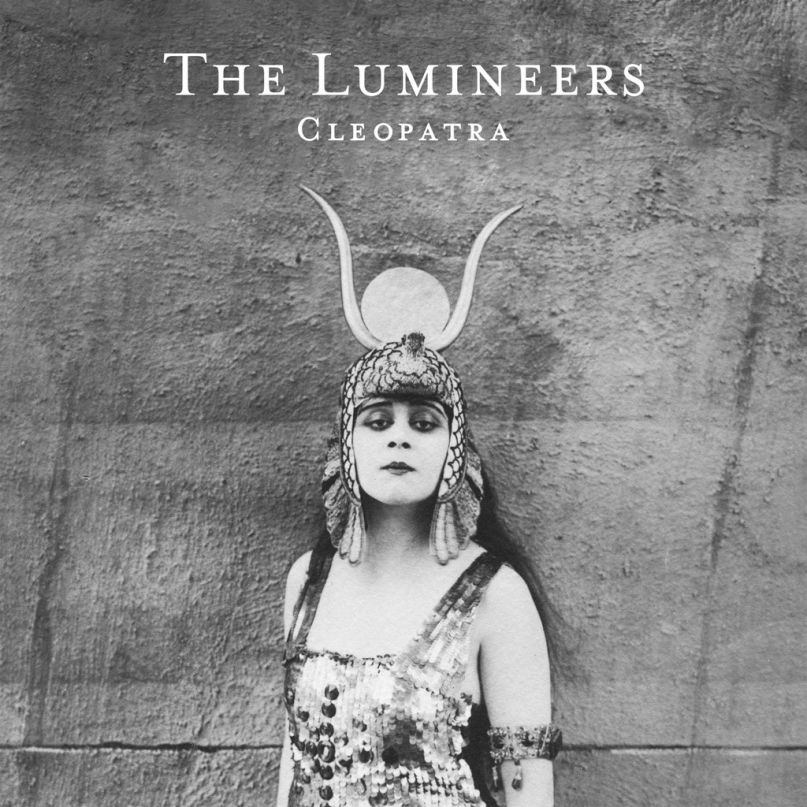 Listening to The Lumineers’ self-titled 2012 debut is like having a beer and a shot in a lively local bar at about 10:30 p.m. and swapping stories with some sloshed strangers. There’s bragging, joking, complaining, confessing, back-slapping, hand-clapping, and rowdy shouting. A few dull stretches, sure, but mostly The Lumineers is unassuming fun. There is one exception, however, a song that sticks out like a gaudy tourist: “Ho Hey”, their world-conquering single, which is certainly fun but hardly unassuming. The relationship is simpler than in the other songs, the joy grander, and the scale epic instead of bracingly intimate. It was used in an episode of the CW show Hart of Dixie and went on to become a juggernaut.

For this struggling Denver-via-New York band, the timing couldn’t have been much better. Only a few years earlier, an audience hungry for pop folk music had launched Mumford & Sons to stardom. “Ho Hey” struck the same nerve, and soon became inescapable at proms, bar mitzvahs, wedding receptions, and anywhere else that people gathered to celebrate — because what crowd doesn’t like shouting nonsense like “Hey!” and “Ho!” in unison? They had a hit, and hits come with certain perks that any band would appreciate, especially a group that had been active for a decade without much success. But some hits are easier to follow than others, and “Ho Hey” wasn’t totally representative of The Lumineers or The Lumineers, their witty, literate album. So what’s a band to do?

If you’re songwriters Wesley Schultz and Jeremiah Fraites, you don’t worry about trying to capture lighting in a bottle a second time. There is no obvious radio bait on their sophomore effort, by which I mean that there are no sappy love songs. Cleopatra is dominated by its characters, especially the women: Angela, Ophelia, and that towering ruler of the title. “I was Cleopatra, I was young and an actress,” Schultz sings. The melody is Billboard-friendly, but the wistful tale of a bitter, aging woman looking back on her life and loves isn’t usually Billboard’s style. “I was late for this, late for that, late for the love of my life … When I die alone I’ll be on time.”

With 11 tracks and clocking in at a brisk 35 minutes, Cleopatra feels slight. Every song is less than four minutes, although compared to The Lumineers’ first album, the purpose is much more serious. There’s nothing as silly as the paranoid “Submarines” or as danceable as “Classy Girls”. The biggest difference, however is the percussion. The main ingredients that turned The Lumineers from indie folk into folk pop were the toe-tapping claps, smacks, and bangs. On Cleopatra, many of the tracks make it through the second verse before adding any kind of percussion, and some don’t use any at all. These songs tend to have a slow build, and are no less dramatic for being quiet.

Percussion is most strongly featured at the beginning of the album. Starting around the halfway point, it’s used less and less, and the effect is of a gentle deceleration. This makes a lot of sense conceptually, and you can see why a band would do it, but that doesn’t change the fact that the front half of the album is a lot more fun. Tracks eight, nine, and ten are a mid-tempo slog, individually interesting but mushy together. In contrast, the beginning is delightful. “Ophelia” is a bluesy stomper, “Sleep On the Floor” has a driving rock beat, and “Angela” boasts the infectious hand-claps that helped make “Ho Hey” a hit.

The album ends with “Patience”, a sweet, old-timey piano instrumental, and a great example of how Schultz and Fraites are expanding their musicianship. Cleopatra is rocky in places, but there’s a lot that’s encouraging. Mostly, it feels like The Lumineers are talented songwriters, wary of repeating themselves, who know what they want to say, and are still figuring out how to say it.