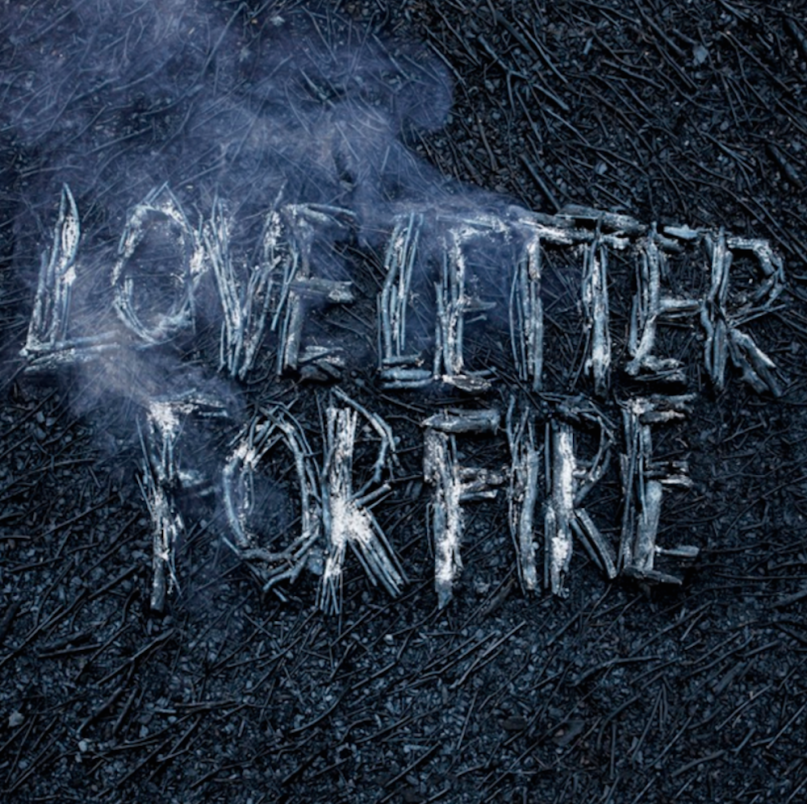 So what exactly happens when you take two of indie folk’s most idiosyncratic artists and put them together in the studio? For Sam Beam and Jesca Hoop, the results are something of a pleasant surprise. Not to say that anyone expected the duo to sound like a hand-hewn antiqued pewter mug in a microwave. With those two names on the cover, Love Letter for Fire seemed guaranteed to be perfect for firefly-lit evening, a pair of cedar rocking chairs, and mason jars half-full of bourbon and ice.

And while the album’s 13 tracks do conjure up those familiar and well-worn paths of niche distinction for both Beam and Hoop, it also works as a welcome digression from what’s become artisanal predictability from this neck of the indie folk woods. Considering the level of work from both, Beam and Hoop don’t sound like two seasoned vets of the “scene” here to make a goddamn record and get back to the cabin. In fact, they sound vulnerable and earnestly so.

What Beam accomplished in expressing heartbreak, love, and grief, with Iron & Wine’s Our Endless Numbered Days, Love Letter for Fire finds he and Hoop capturing a similar vulnerability — only now it’s one of innocence and mischief. Beam is at his best when offering intimate vignettes. With that, it’s Hoop’s more abstract and figurative tendencies that give the music here its necessary support beam for balance.

This checks and balances approach keeps songs like “We Two Are a Moon” and the single “Every Songbird Says” from getting too twee. You won’t suddenly transform into a Wes Anderson character or get beaten over the head by ham-fisted attempts at making you really feel the sadness. Though it might seem counterintuitive, the simplicity and airiness of the music makes the album more than just the sum of its parts.

The album isn’t a masterpiece, and it’s better for it. One of the most appealing qualities of both artists is their personal sense of fragility, as opposed to attempting to infuse their stories with that quality. To that end, Love Letter for Fire succeeds masterfully by not even bothering to pretend that perfectly told stories are the end goal. To that end, love is relatable subject matter for everyone. As an easy mark for inspiration, it has spawned some of music’s most godawful moments in the history of civilization. But luckily Beam and Hoop use that ubiquity to their advantage, focusing more on the legitimacy of feelings than any claim at originality.

Two vocalists creating openhearted love songs could prove to be a risk for unlistenable, saccharine material. It’s not because the topic is worn out or suddenly irrelevant. Thankfully, it won’t ever be. Simply put, our ability to spot a counterfeit when it comes to love is pretty damn reliable. There’s a certain degree of honesty expected from this sort of expression. Hell, it might be the most important thing. For Love Letter for Fire, that honesty is crucial, even at the cost of the fractures and blemishes. Beam and Hoop convey their emotions sweetly, offering their own imperfect glimpses of an old theme told in new ways.

Essential Tracks: “We Two Are a Moon”, “Kiss Me Quick”, and “Every Songbird Says”