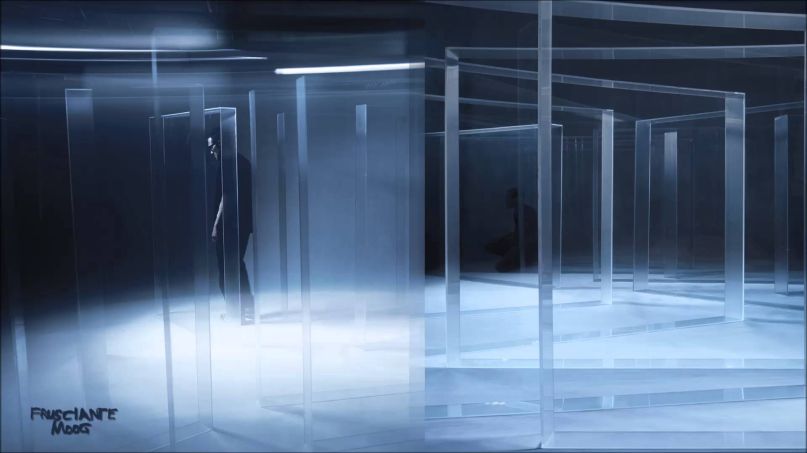 John Frusciante occupies a unique space in the contemporary musical landscape. Despite having been a key figure in one of the most enduringly successful bands in the history of alternative rock, the vast majority of his recorded output resides in various solo releases and collaborations with friends and other bands. Frusciante kicks out records with the prolificacy of a basement-show-playing noisehead, and he does so for an audience far smaller than that of some of the higher-profile groups he’s contributed to. His career is a delightful example of what can happen when a musician reaches a level of independence where he can throw commercial considerations to the wind and just produce whatever the hell he or she feels like.

That sense of freedom and abandon resonates all throughout the Foregrow EP. The four songs collected here operate in a space similar to last year’s eponymous album released under his Trickfinger handle. According to NME, Frusciante’s inspiration here stems from “elements of John Carpenter’s eternal scores, the drum programming DNA of jungle and footwork, and yes, a Roland TB-303.” While you aren’t likely to mistake anything here for DJ Rashad, there’s no question that we’re a long ways away from Shadows Collide with People, and even 2014’s electronic-leaning Enclosure, which contorted its mechanical beats into more pop-friendly structures. Three quarters of the compositions are completely wordless, and all four of them shun predictable verse-chorus patterns in favor of a kind of dance floor logic.

The title track is the closest Frusciante comes to working in a rock mode on the EP, while also showing the clearest nods toward Carpenter’s moody, driving sound design. A decidedly retro synth beat throbs like a heart while the skittering breakbeat assembles itself underneath it. Frusciante’s voice makes its only appearance on the record here, but rather than occupying the center stage, it shifts around in the mix, moving in and out of intelligibility. The back half of the track is taken over by a thin, dissonant tone that sounds like an electric guitar being fed through a fax machine (FYI, for our younger readers), and it dances over the suddenly massive beat as the song barrels towards its end.

From its friendliest offering, the EP moves to its most challenging. “Expre’act” is a collision of melting synth lines and stumbling drum beats that drunkenly careen in and out of sync for five minutes. The track seems indicative of a mode of creation Frusciante described to Electronic Beats, in which “the tempo is moving the whole time, and there’s no melodic or rhythmic center. It’s just disorienting music that’s falling apart.” It’s an exhilarating exercise in rhythmic unsteadiness and experimentation.

The pair of tracks on the B-side don’t scale the heights of the ones that preceded them. The trancey “Lowth Forgue” is dominated by a whimsical synth line that sounds a little like Dan Friel stripped of his more anarchic qualities. While it eventually makes its way into more dynamic territory, it never quite coalesces into anything memorable. “Unf” fares a little better, with some complex synth programming that recalls Frusciante’s expressive guitar work.

As a whole, Foregrow hangs together pretty well, even if not entirely essential. Long-time devotees will surely pore over this latest transmission from Johnnyland for any hint as to where his muse will carry him next. For the rest of us, there are still enough moments of haunting beauty and compositions that defy easy classification to justify a glance at this curious release from a most curious artist.