An early look at the new season of Walking Dead 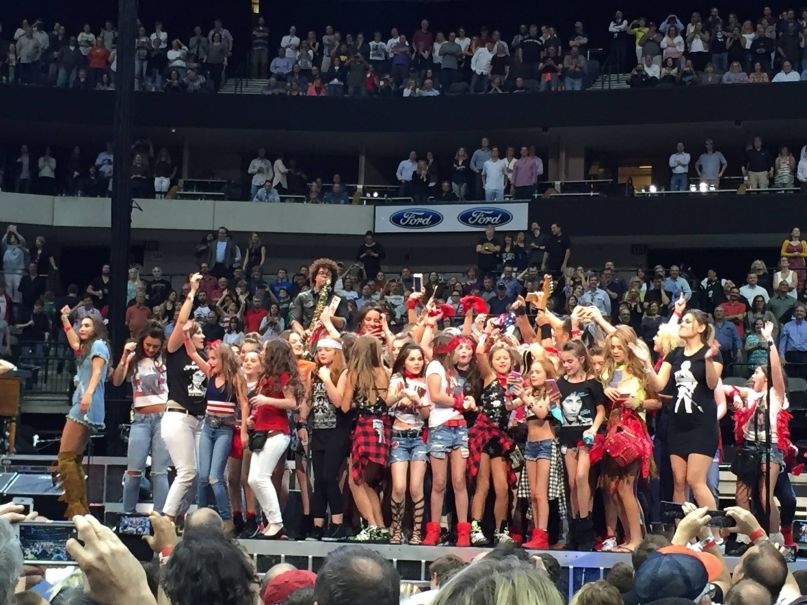 Fans still recovering from last weekend’s finale of Walking Dead got an early look at next season during Bruce Springsteen’s concert in Dallas on Tuesday night. As the E Street Band segued into “Dancing in the Dark”, a herd of pre-teen Courtney Cox wannabes unexpectedly invaded the stage. The mob scene irked many fans in the pit, who complained that the girls, unfamiliar with concert protocol, shoved their way through the crowd. The sheer number of people on stage forced Springsteen and the band to the side, defeating the whole gimmick of dancing with The Boss — though, it’s unlikely any of them looked up from their phone to notice.