The dream is reality, the nostalgia is real, and the demands must be met

by Jon Hadusek and Dan Bogosian 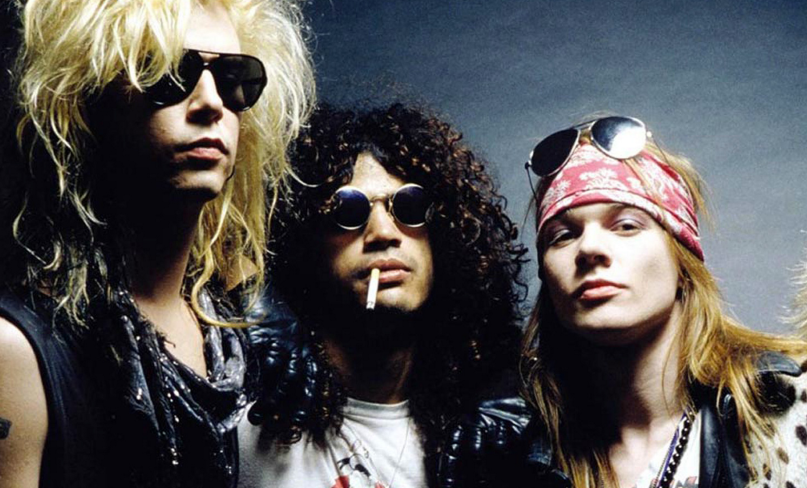 “Not in this lifetime.”

That’s what Axl Rose said in 2012 when asked about the chances of a Guns N’ Roses reunion happening.

On Friday, April 1st, the marquee of The Troubadour in LA read only that phrase in cryptic suggestion. Hours later, the West Hollywood club was at capacity for the (surprise) first show in decades from the reunited GNR featuring Rose, Slash, and Duff McKagan. The impossible had become possible. Because if not in this lifetime, then when?

If I have two regrets as a writer and fan of rock music, it’s that I sold my ticket to see The Replacements play their homecoming show at Midway Stadium in Minneapolis and that I wasn’t at The Troubadour on Friday night. These were the reunions that weren’t supposed to happen: The band members so far estranged that even their fans had given up any realistic hope. It wasn’t until I saw the footage of Guns N’ Roses playing “Welcome to the Jungle” (shot covertly, as the show was strictly no-cellphones-allowed) that I realized GNR is officially back. In the video, Rose commands the small stage just like he did in ’86, Duff and Slash on either side. And they sound good.

The dream is reality, the nostalgia is real, and the “Not in This Lifetime” stadium tour no longer seems like a hackneyed scheme to make millions of dollars (though that will happen regardless). There was a mutual joy captured in that video — fans reliving their favorite band, some seeing them for the first time, and the band responding with enthusiasm — that gives me hope for this tour, that it won’t fall to pieces like the naysayers and ornery commenters project. In anticipation of this ultimate victory lap, Dan Bogosian and I give you our picks for the 10 songs GNR should play on their tour. None of these songs were on the setlist for the Troubadour show, but we’d sure like to see the band bust them out in the coming months.

Previous Story
NWA won’t be performing at the Rock and Roll Hall of Fame induction ceremony
Next Story
Album Review: Future of the Left – The Peace & Truce of Future of the Left
Popular
More Stories
[fu-upload-form form_layout="media" title="Submit Your Photo"][input type="hidden" name="ugc" value="1"][/fu-upload-form]