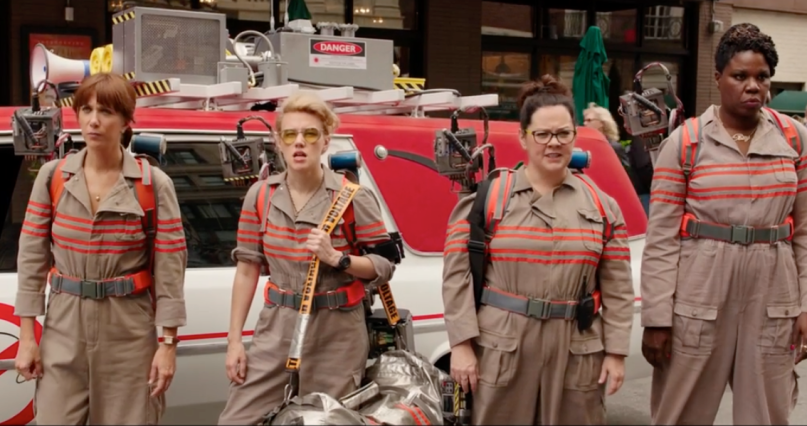 It was previously reported that Feig’s Ghostbusters will be more of a reboot than a sequel to the 1984 original. As such, the characters will be experiencing ghosts for the first time, Feig explained. “There’s something fun about introducing our world, which has never seen ghosts to the phenomenon of ghosts. I love origin stories and to introduce new characters.”

Nevertheless, Aykroyd, who serves as a producer, said the new film “[refers] to the first two in a really neat, classy way,” and the trailer seems to suggest as much with several noticeable references, including the return of a very familiar ghost. (See if you can spot the twinkie.)

Feig’s Ghostbusters is the first part of an entire cinematic universe based on the iconic franchise. Plans are already underway for an all-male counterpart. As original director Ivan Reitman recently explained to Deadline, “We want to expand the Ghostbusters universe in ways that will include different films, TV shows, merchandise, all things that are part of modern filmed entertainment.”