Consider this your firsthand guide to Cornrow Kenny's untitled unmastered. 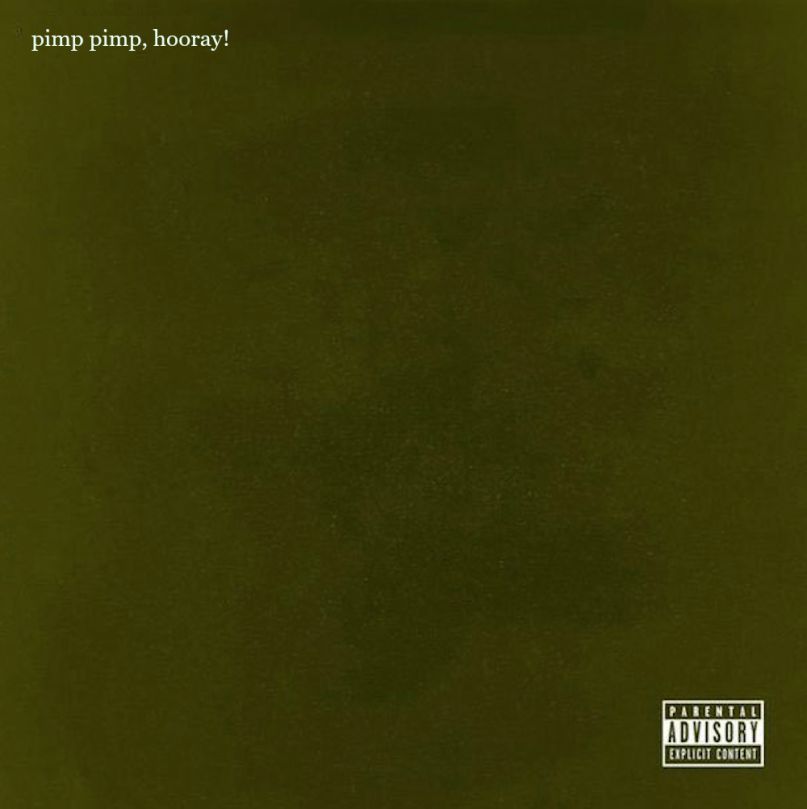 Kendrick Lamar’s new album doesn’t have a title, so we gave it one:

At first, that might sound disposable and silly after coming off the poetic metaphor of the phrase To Pimp a Butterfly. But let’s not forget that much of untitled unmastered. was recorded before 2015’s best album dropped. When considering that, we felt it needed a title that alludes to the grander statements to come, but also has a lighter touch.

What better name than his own mantra? Sure as hell beats The Pupae Stage.

Listening to this record, it feels as if this is the sound of metamorphosis, of Lamar starting to emerge from his cocoon, of him growing wings and flying away from the more linear, cinematic stories of good kid, m.A.A.d city in search of free jazz, forever mutations, and conflicted messages of societal improvement and, sometimes, self-hatred.

Since we named the album, we figured we should probably name every track, too. So, read on for our song titles, as well as our initial thoughts and own analyses of each tune. If we got something wrong, cut us some slack. This thing just came out last night. Nevertheless, enjoy! I mean, pimp, pimp, hooray!

AKA “Every Good Boy Does Fine”

In the opener to untitled unmastered. (our title: “Every Good Boy Does Fine”), Kendrick hits fast-forward and heads straight to judgment day. It’s a ferocious track, made all the more unsettling by the carnal, baritone purr that kicks things off. What’s the connection? Giving someone what they want, even need, and in K Dot’s case, the possibility that even that may be insufficient. “Geez Louise, I thought you said that I excel … I tithed for you, I pushed the club to the side for you.” It’s dark clouds and trumpets, uninterrupted flow backed by a nightmarish hum. It’s not so difficult to imagine Kendrick in the garden of Gethsemane, bellowing, “Who love you like I love you?” as the thunder sounds. –Allison Shoemaker

AKA “God and Styrofoam”

On To Pimp a Butterfly, Kendrick explored the struggle of trying to enjoy success while staying true to his Compton roots, going as far as to literalize the warring halves of his brain by making them into two separate characters on “u”. “untitled 02” (our title: “God and Styrofoam”) has a similar dichotomy when his own voice wrestles with itself, jumping from nervous falsetto to his more aggressive lower register as he condemns himself and his friends for often valuing stunting over spirituality or any real kind of social change. “Get God on the phone!” Lamar screams before turning to racial slurs to motivate the listener, a tactic he would also use on “The Blacker the Berry”. With a flow that powerful, the Lord just might listen to him. –Dan Caffrey

On December 16th, 2014, Kendrick took to The Colbert Report to debut a new song that would go unreleased until untitled unmastered., and while this version is without the powerful “Tell ‘em we don’t die, we multiply” refrain that brought that performance to a close, there’s still an urgency in his voice here. In rapid-fire storytelling mode, Kendrick compares and contrasts interactions with several minorities, as well as a profit-minded white man who fits the stereotype of the music industry executive who recognizes rap’s moneymaking potential more than he sees the cultural relevance of Kendrick’s art. In weighing those different perspectives, Kendrick magnifies his own priorities as a person and as an artist. –Michael Madden

AKA “Tell Them? – Interlude”

Doubling as a call for education and an extended joke about oral sex, the chorus of “Head is the answer/ Head is the future” might be making a sophisticated point about how love and knowledge are the same thing, or it might be what it sounds like: a half-finished bridge or intro or outro, more back-of-the-napkin sketch than song. Kendrick appears as a faint whisper, ceding control of the track to TDE labelmates SZA and Jay Rock. There are lyrics about second-guessing, and lyrics that dissolve into nonsense (“And I just wanna/ Straight up/ Eyes with my head/ And I can’t use some help/ Straight up.”) The whispering, the ’80s horror synths, and the dark imagery combine into an unsettling something, even if it’s not clear what that something is. –Wren Graves

In the track we’re calling “Sleepwalk”, a dreamlike, sneakily disturbing hook from Anna Wise politely requests that you lower your guard so that Kendrick, Punch, and Jay Rock can climb in your brain and set up camp. The air of tranquility created by Wise’s singsong vocals and some topsy-turvy wordplay (“Drowned inside the lake outside away you flow”) gets pummeled away with Kendrick’s furious first verse (which he also used to close out his monumental Grammys performance last month). Each vocal sees the protagonists wrestling with demons, fighting to or fighting off sleep, all in a landscape that’s TPAB’s “u” with a little dose of “Lucy in the Sky with Diamonds”. It may be a dream, it may not, but whatever it is, it’s far from sweet. –Allison Shoemaker

AKA “Explanations (The Gemini)”

While CeeLo Green isn’t exactly someone I want to take romantic advice from anymore, his and Lamar’s message at the core of “untitled 06” (our title: “Explanations (The Gemini)”) is still something to be embraced, The Soul Machine’s hook be damned (and it’s still a hell of a hook). Over Adrian Younge’s warm and fuzzy brand of lounge-soul, the two rappers stress the importance of individualism when it comes to beauty — how (perfect) imperfections and asymmetry are traits to be admired and loved, both physically and emotionally. –Dan Caffrey

The longest track on untitled unmastered. is more like three separate tracks that, sewn together like this, serve to outline the continuum of musical possibilities Kendrick has explored since 2014. It opens with a hypnotic, rumbling beat reminiscent of Jay Rock’s Black Hippy-featuring “Vice City”, with Kendrick questioning popular notions of contentedness as he implies that people are looking for it in all the wrong places. His confidence in his own artistic abilities defines the second part, a declaration of his iconic status not unlike his “Control” verse. It all winds down with a clip of a good-humored Kendrick accompanied by a few plucked strings, “just jammin’ out” in the studio, casually playing around with his singing voice and lyrical themes. –Michael Madden

The reigning king of the new G-Funk sound teamed up with DJ Khalil for this tasty take on the problems of money. Both the people and the new $100 bills are sporting blue faces, but Kendrick takes this old theme to new depths. In the song, we meet three characters, each worse off than the last: a friend Kendrick ignored while chasing his career; a black woman bogged down in debt and living paycheck to paycheck instead of going to college; and a man from Capetown, South Africa, whose verse is both an attack on Kendrick and a viciously lyrical riff on the difference between first- and third-world problems. After an interlude (“You selfish motherfucker” a new voice says to Kendrick and the listener), the toe-tapping chorus comes back one last time before a final cheer of “Pimp pimp hooray!” The cheer is still exciting, but the meaning seems to have changed since the first time we heard it, and the album ends with a question mark instead of an exclamation point. –Wren Graves