Spooky collaboration is off Pritchard's forthcoming Under the Sun LP 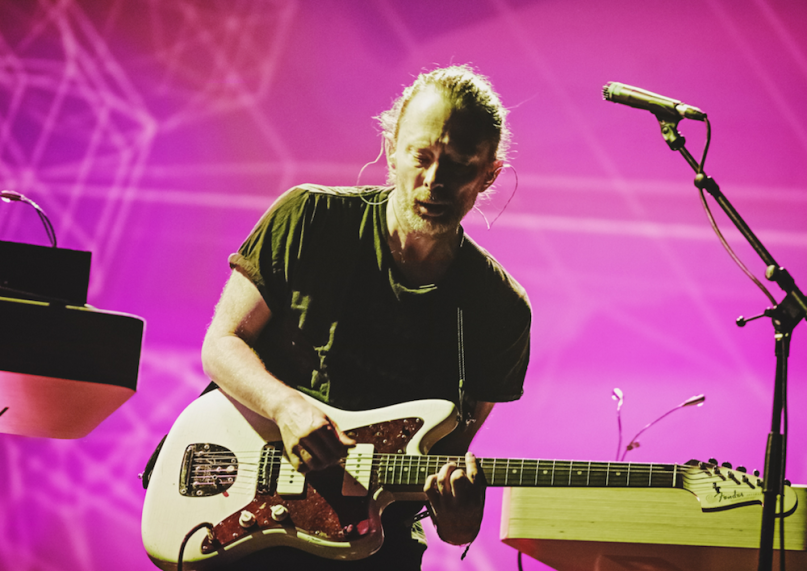 Even with a new Radiohead album, world tour, and company in the pipeline, Thom Yorke has been able to steal away some time to contribute to Under the Sun, the forthcoming LP from UK electronic producer Mark Pritchard.

Specifically, the frontman has lent his otherworldly vocals to the mellow and spooky composition “Beautiful People” (and no, it’s not a Marilyn Manson cover). Although the two artists hadn’t formally collaborated until now, Pritchard previously remixed Radiohead’s “Bloom”, taken from the band’s last full-length, 2011’s King of Limbs.

“The original instrumental to ‘Beautiful People’ is a personal song about loss, hopelessness and chaos, but ultimately the message is love and hope,” Pritchard noted in a press release. “Thom’s contribution to this collaboration captured perfectly what the piece is about. I will be forever grateful to have worked with such a immense talent.”

Under the Sun arrives on May 13th via Warp Records. Along with Yorke, Bibio and Linda Perhacs are listed as guest collaborators. For more, check out lead single “Sad Alron”.