The Lonely Island movie gets title, release date, and poster 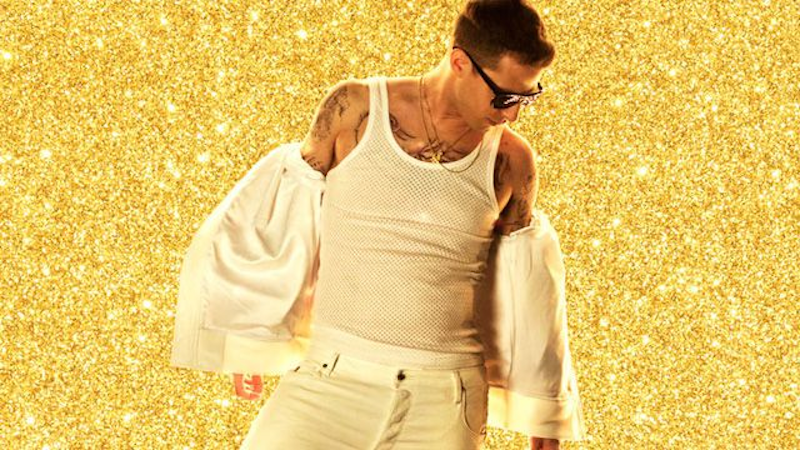 After being announced in the summer of 2014 and entering production last year, The Lonely Island’s Judd Apatow-produced feature-length film debut has finally been given a title and release date. The film is called Popstar: Never Stop Never Stopping and is set to theaters on June 3rd from Universal Pictures.

Andy Samberg made the announcement on last night’s episode of Jimmy Kimmel Live, where he also revealed the movie’s poster. Samberg and his Lonely Island cohorts, Akiva Schaffer and Jorma Taccone, star in the mockumentary film that “takes aim on the fluffy music documentaries of recent years such as Justin Bieber’s Never Say Never and Katy Perry’s Part of Me.”

Samberg plays Conner4Real, a rapper whose sophomore album flops, sending him into a spiral of self-doubt. Seeking to reclaim his popularity and celebrity stature, he makes the uncomfortable decision to reunite with his former boy band.

See the official, golden poster below, followed by Samberg’s appearance on Kimmel.