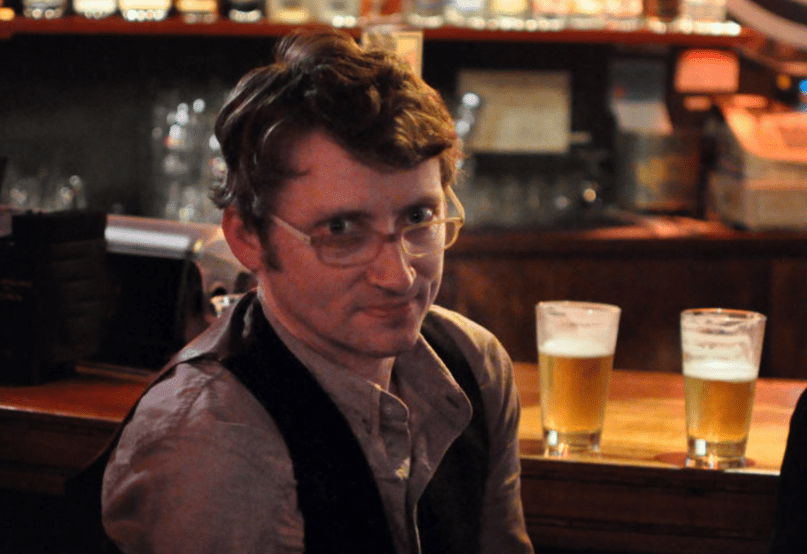 Photo via The Stranger

News of Huffman’s death was revealed by his bandmate Sean Nelson, who penned an emotional tribute in The Stranger, where Huffman served as art director.

In 1992, Huffman and Nelson formed Harvey Danger with fellow University of Washington students Jeff Lin and Evan Sult. The band will be best remembered for their 1997 debut, Where have all the merrymakers gone?, and more specifically, the album’s chart-topping single “Flagpole Sitta”.

Over the next 12 years, Harvey Danger released two more albums and several EPs. In 2009, they announced their breakup.