Michelle Obama recruits Missy Elliott, Janelle Monaé, and more for “This Is For My Girls” — listen 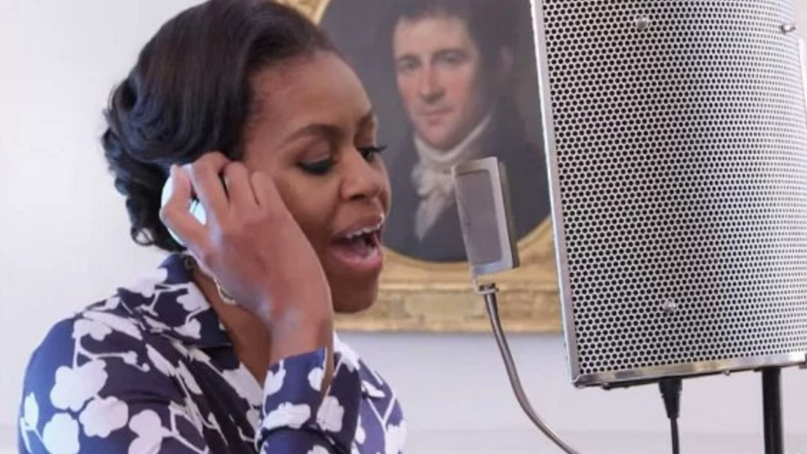 On Wednesday, First Lady Michelle Obama will give the opening keynote at SXSW Music. Her speech will focus on her Let Girls Learn initiative, which “helps adolescent girls around the globe attend and complete school.”

In anticipation, the First Lady has assembled a star-studded troupe of female musicians for a rallying anthem called “This Is For My Girls”. The song was penned by Diane Warren and features contributions from Missy Elliott, Janelle Monaé, Kelly Clarkson, Kelly Rowland, Lea Michele, and Zendaya, among others. (Elliott and Warren will also accompany the First Lady for her keynote, as will Sophia Bush. Queen Latifah will appear as moderator).

“This Is For My Girls” is available for purchase via iTunes (listen to a preview below). All proceeds will be donated to the Peace Corps Let Girls Learn Fund as all the featured artists waived their royalties and fees.

As followers of Mrs. Obama’s music career will no doubt point out, “This Is For My Girls” is her second single following the December release of “Go to College”.