Gaga's grandmother and aunt had no idea she was a survivor 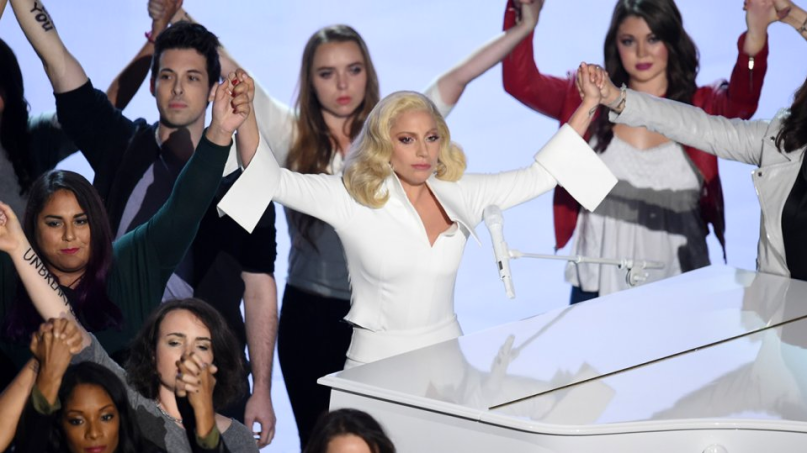 She may not have won gold Sunday, but Lady Gaga won the Oscars ceremony with her stirring performance of the nominated song “Till it Happens to You”. For viewers, the most powerful moment was undoubtedly when 50 survivors of sexual abuse came out and joined Gaga on stage, phrases like “Unbreakable” and “Not Your Fault” written on their arms. For some of Gaga’s own relatives, however, the very fact that she was up there signing the song from a personal place was the revelation.

In an Instagram post, Gaga wrote that she received phone calls from her grandmother and aunt the day after the show. Neither had ever known that she had been the victim of sexual assault. “… I never told them I was a survivor,” she said. “I was too ashamed. Too afraid.”

She went on, adding, “The morning after the Oscars when I talked to my grandmother Ronnie, with tears in her eyes I could hear them welling through the phone she said to me ‘My darling granddaughter, I’ve never been more proud of you than I am today.’ Something I have kept a secret for so long that I was more ashamed of than anything– became the thing the women in my life were the most proud of.”

Gaga first went public with the fact that she was sexually assaulted at the age of 19 in 2014. She’s since talked about the incident and its affect on her numerous times, but never on as public a platform as the Oscars.

Re-watch Gaga’s performance of “Till it Happens to You” at the Oscars: