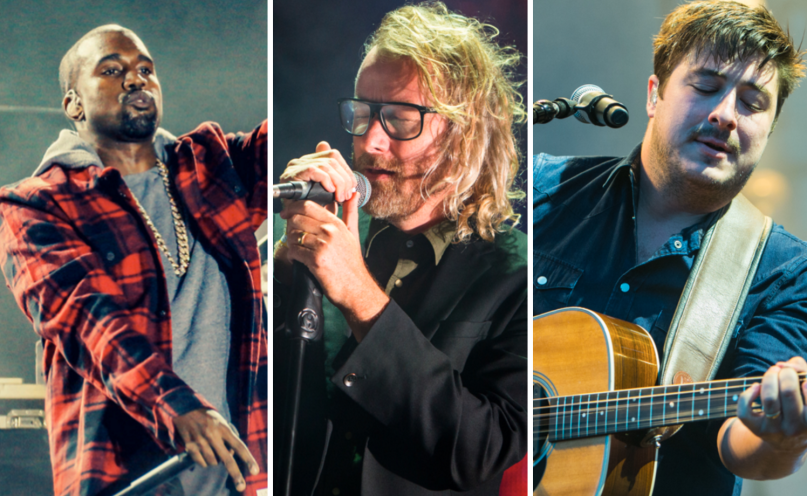 Today in things I didn’t expect to write: Kanye West, The National, and Mumford and Sons are teaming up for a collaborative album.

The 12-track LP entitled Metamorphoses comes in support of the advocacy organization Global Citizen and its quest to end extreme global poverty by the year 2030. As such, the new, original music featured on the album will be inspired by words and stories crowd-sourced from fans and activists.

Mumford and Sons member Ben Lovett is the driving force behind the project. As he explained in a statement:

Metamorphoses has the potential to break down our preconceptions of the voices of creativity, what different people around the world are thinking and who has the right to be heard. In my own life, I’ve experienced people trying to define me and put me in boxes and categories. Through collaboration we can show people how those lines can be blurred and are ultimately redundant. The artists involved in this project are some of the most genuine artists the world has to offer. Artists like Kanye West, and The National are doing something globally important that is touching people down to their DNA. And these masterfully creative people are going to be interpreting incredible submissions from people across the globe. It has been a joy reading all of the submissions we received over the past six months. I’m truly excited to see what we will create together.”

Metamorphoses is slated for a fall release.

Metamorphoses marks Kanye’s third confirmed release of 2016 following The Life of Pablo and Turbo Grafx 16. Meanwhile, The National are working on their own new album for a 2017 release and are also helming a long-gestating Grateful Dead tribute.