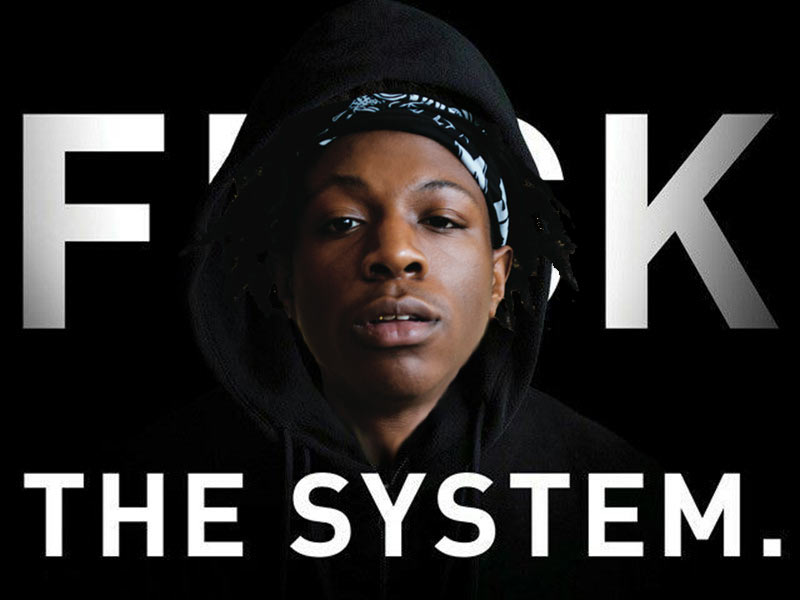 Readers, we have a winner for the day’s most unpredictable sentence: Brooklyn rapper Joey Bada$$ has joined the cast of USA Network’s Golden Globe-winning drama Mr. Robot.

According to The Hollywood Reporter, the rapper/actor born Jo-Vaughn Virginie Scott has signed on for a new recurring role in the hit series’ forthcoming second season. He’ll play a close friend of protagonist Elliot (Rami Malek), and his character’s description just screams genius casting: He “often talks excessively to Elliot, advising him and philosophizing the meanings of life.” Joey Bada$$ dropping philosophical words of wisdom on one of the most engaging and entertaining TV thrillers of modern television? If this doesn’t win another Golden Globe, I’ll lose all faith in Hollywood.

Intricately layered and intriguingly scripted, Mr. Robot follows the life of Elliot Alderson, a hacker who suffers from major social anxiety disorder and clinical depression. While at his job for cyber security company Allsafe, he’s forced to work for their biggest client, E Corp, a company Elliot sees as the root of all ills in the world and which he refers to as “Evil Corp.” The main thrust of the show is kicked off when he’s recruited by a group of hacktivists who aim to cancel the world’s debts by taking down Evil Corp.

Without revealing too many spoilers, Elliot’s point of view is often delusional, which means not every character seen is really how they are presented. Considering the B4.Da.$$ rapper’s character description, is it possible he is yet another red herring in a series made famous for them? We’ll find out when Joey Bada$$ makes his debut when Mr. Robot returns this summer to USA.