J.K. Rowling confirms Fantastic Beasts will be a trilogy 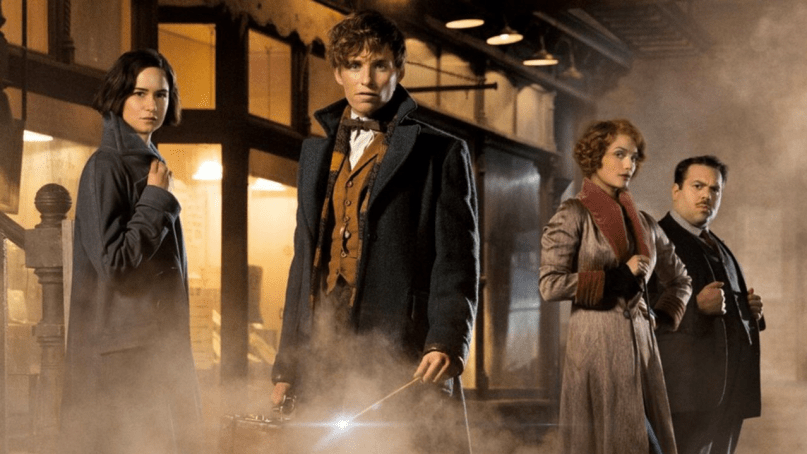 When Warner Bros. chief Ken Tsujihara first announced the next installment of the Harry Potter film franchise, Fantastic Beasts and Where to Find Them, he made mention of a new trilogy. Since then, Oscar winner Eddie Redmayne was cast in the lead role, Colin Farrell signed on, and the first trailer has dropped, but there’s been no mention of future films.

Now, however, Harry Potter author J.K. Rowling has confirmed that the Fantastic Beasts series will indeed be a trilogy. In a tweet responding to a fan’s question about the forthcoming Potter sequel theatrical play, Harry Potter and the Cursed Child, Rowling said to expect three films.

You heard wrong, I'm afraid. #CursedChild is a play. #FantasticBeasts will be 3 movies, though! https://t.co/7tvw4rolcR

Due in theaters on November 18th, Fantastic Beasts and Where to Find Them stars Redymayne, Farrell, Katherine Waterston, Alison Sudol, Ezra Miller, Dan Fogler, Jenn Murray, Jon Voight, Carmen Ejogo, Gemma Chan and newcomer Faith Wood-Blagrove. As it’s still very early days, there’s no word yet on who will remain to appear in the sequels.

Find the full synopsis below.

Fantastic Beasts and Where to Find Them opens in 1926 as Newt Scamander (Redmayne) has just completed a global excursion to find and document an extraordinary array of magical creatures. Arriving in New York for a brief stopover, he might have come and gone without incident… were it not for a No-Maj (American for Muggle) named Jacob (Fogler), a misplaced magical case, and the escape of some of Newt’s fantastic beasts, which could spell trouble for both the wizarding and No-Maj worlds.

Watch the trailer below: