How the Face of Independent Music Changed in 120 Minutes 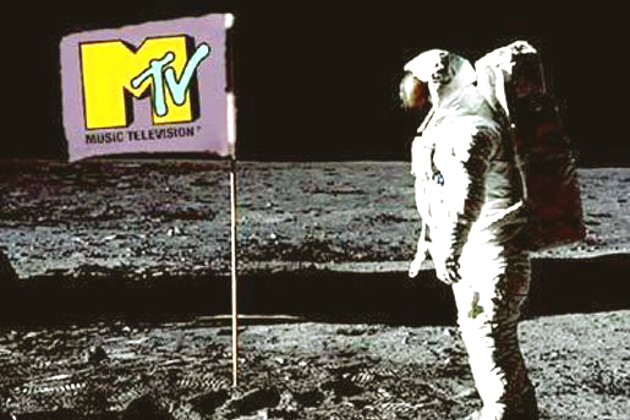 Hard as it might be to believe, we’re almost two decades into the music industry’s new norm of immediate accessibility. Today, streaming services such as Spotify more or less lay decades of music at our feet, no download or credit card needed. Never has it been easier to find your favorite music. It’s a luxury we all take for granted (this writer included) but shouldn’t.

Of course, music didn’t always exist in the ether. Back before the internet took to serving up new music to listeners on a tray, finding new music used to take work, especially if your tastes strayed away from the Billboard charts. Fans used to rely on word of mouth, magazines (like, in print!), record store gurus, and other in-the-know sources to point them in the direction of music lingering a notch or two beneath pop music’s top one percentile. If you didn’t like your odds of finding T.S.O.L. or Big Boys seven inches prominently displayed at your local mall record shop, you had to put in the legwork to find your favorite music. That might sound cumbersome or even aggravating to some, but the work that used to go into finding new music was not only rewarding but exciting.

In some instances, the effort was almost sacrificial. Anyone who devoted themselves to watching MTV’s 120 Minutes understands the commitment it used to take to stay awake for the those revelatory two hours every Sunday night into early Monday morning. The show, which debuted 30 years ago this month, offered serious music fans the smallest of windows to dive headfirst into the underground worlds of metal, punk, post-punk, industrial, indie-pop, shoegaze, and other decidedly non-mainstream music that defied categorization (side note: Does anyone know yet what the deal was with the Dog Faced Hermans?). Midnight to 2 AM is an unforgiving time slot, not to mention on the one day of the week that absolutely doesn’t lend itself to staying up halfway through the night. But that was the price some fans willingly paid to see their favorite bands populate a network that otherwise was dominated by the day’s chart-topping singles.

“By far the most important thing about 120 Minutes was that it acted as a distribution channel for organic musical produce, if you will,” Dave Kendall, the show’s former host and producer who first pitched the show to MTV, wrote via email. “The only other outlet for non-mainstream music at the time was a few local college radio stations, because unlike in the UK, mainstream US radio stations were not open to new ideas.”

If corporate rock radio wasn’t known for its outside-the-box thinking at the time, MTV wasn’t much better. Given its unabashedly populist nature, the fact that the network even took a flyer on a show like 120 Minutes is a story in and of itself. Rarely in the history of television has a network had such a stronghold on pop culture the way MTV did through the ’80s and ’90s, so where exactly videos by Bauhaus, The Jesus and Mary Chain, and Siouxsie and the Banshees played into the trendsetting network’s game plan is anyone’s guess. Still, Kendall thought it something worth exploring. Having just moved to New York City from his native London, Kendall, then a freelancer for Melody Maker, was busing tables and picking up whatever work he could find until he got an interview with the network. After landing a job as a producer, he quickly made it his goal to bring more underground music into the network’s fold.

“Back then the word ‘alternative’ wasn’t being used,” he said. “There was just a hodgepodge of styles: punk, post-punk, gothic, synth pop, new romantic, ska, psychedelic, garage rock, etc. What all the music had in common was passion and a desire to be original and creative. There wasn’t a word for it.”

The network took Kendall up on his idea, and 120 Minutes debuted on March 10, 1986. The show was anchored by a revolving cast of hosts in its first few years, including J.J. Jackson, Martha Quinn, Downtown Julie Brown, Adam Curry, and Alan Hunter. Kevin Seal provided some stability as host from 1987 to 1989, but it was Kendall’s three-year run as host through 1992 that helped 120 Minutes get its legs under it. That isn’t to say that Kendall jumped at the idea of hosting the show he himself conceived.

“I thought of myself as a music journalist, not a TV presenter,” he said. “But when a few people said, ‘You should be hosting it,’ I started to think about it. I was doing the research and writing the script, so why shouldn’t I get the credit? And of course, it appealed to my oversized yet incredibly fragile ego.”

With Kendall in place as host, 120 Minutes, with the help of staff including longtime associate producer Rick Hankey, steadily began to deliver on its original intent of becoming a music show for passionate music fans. If the lighter nature of other MTV shows appealed to broader audiences, 120 Minutes was almost academic in comparison. The interviews were impeccably researched, and the videos struck a perfect counterbalance to the network’s daytime rotation of Michael Jackson and Peter Gabriel clips. All of a sudden, there was a face to the college rock sounds buried at the far end of the radio dial.

There was also an element of danger to the show. Watching Kendall get tackled on air by the Red Hot Chili Peppers wouldn’t have played well during the day, nor would a bizarre Christmas episode featuring Joey Ramone and Trent Reznor, or the sight of a young Beck demolishing a telephone with a baseball bat. But at midnight on a Sunday, all bets were off. As such, the tone and energy of the show often matched that of the irascible subjects it frequently gave time to.

“Johnny Rotten was a major pain of course,” Kendall recalled. “I remember driving to Tijuana to meet him for a shoot and hearing him badmouth me on the radio before they played my tribute song, ‘Really Stupid’. Rotten had been my idol as a teenager, and here he is ridiculing me to the nation! So ungrateful!”

The show happily operated in its own corner of the MTV universe, but that freedom came at the all-important expense of ratings. What it steadily earned in credibility it lacked in viewers, at least compared to the network’s daytime and prime-time programming. Did the show’s inconvenient time slot tucked somewhere between a rock and a hard place hurt the show’s chance at netting a larger audience? Almost undoubtedly. But the cult nature of the show gave it a low ceiling for viewers by itself. 120 Minutes proudly gave itself to the bands and fans skirting closer to the margins, but it largely preached to the converted. Robyn Hitchcock and The Dead Milkmen may have had a dedicated base of followers, but they weren’t likely to win over many Tiffany fans.

“The main reason the show had a late-night slot was that the ratings were consistently poor, or rather, consistently average,” Kendall said. “Although a small group of people were watching the show fanatically, the majority that just wanted the Top 40 hits weren’t.”

Nevertheless, 120 Minutes continued to gain momentum as MTV’s late-night diamond in the rough, even after Kendall left the network in 1992. Lewis Largent steadied the ship until 1995, when Matt Pinfield assumed hosting duties. By this point, the show was well-defined by its thoughtful approach to music coverage, but Pinfield took the show’s expertise and know-how to new heights of cultish fanaticism. Formerly a rock radio DJ with WHTG-FM in New Brunswick, Pinfield oozed pop music authoritativeness, but not in a prickly, smarter-than-thou way. His unfettered enthusiasm for everything from old Sun Records singles to C86-style indie rock made him likable rather than intimidating. If Kendall created the show’s vision, the network found a more than worthwhile successor to shepherd the show through the rest of the decade.

“Matt Pinfield was great,” Kendall said. “Totally enthusiastic about the music, and not afraid to show it. The ultimate fan. If I liked something, I would feel a need to qualify it or put it in context. Kind of like meeting someone and feeling the need to pretend you’re not too impressed. But Matt was just like, ‘Man, you’re awesome!'”

Pinfield’s initial stint as host dovetailed with alternative rock’s full-on infiltration of the mainstream by the mid-’90s. Thanks to the success of Nirvana, Pearl Jam, Soundgarden, Foo Fighters, Green Day, and others, the music the show had long nurtured was no longer a late-night secret. Alternative, grunge, and pop punk were suddenly big business, enough so for the network to expand its coverage of the genre to include a new show, Alternative Nation, which ran nightly in prime time. All the while, 120 Minutes continued to dutifully toil away in the wee weekend hours. But by the time the network briefly turned over the show’s hosting duties once again in 2000, this time to Dave Holmes, the show was on the clock.

As music videos increasingly became obsolete with the rise of the internet, MTV focused its energies less on videos and more on reality programming. Shows like The Real World slowly pushed 120 Minutes out the door, and the show was cancelled in the summer of 2000. The show got a brief second wind from 2001 to 2003, as a new crop of rotating hosts, including Chris Booker, Jim Shearer, and longtime Rolling Stone editor Jancee Dunn, helmed the show on MTV’s sister network, MTV2. But 120 Minutes and other video-oriented shows eventually ran their course.

“There would simply be no need for 120 Minutes now, in the same way that there’s no need for a Music Television channel now,” said Kendall, who in addition to serving as a host on Sirius XM also hosts and currently produces travel shows in China and Thailand. “Well, there is one – YouTube. Now everything is available if you can sort through the clutter. It’s about curation now, and you don’t need ‘professionals’ to do that.”

YouTube might be the biggest single contributor to the show’s cancellation, but the site has also allowed it to live on in its own meta sort of way. Today, you can lose hours on YouTube watching countless clips of 120 Minutes. There’s footage of Paul Westerberg, then in the earliest throes of his solo career, performing “First Glimmer.” Beastie Boys were at their bratty best during a guest hosting stint in May 1994, including an appearance from the late-Adam Yauch’s alter ego, Sir Stewart Wallace. A stunning video of Jeff Buckley performing “So Real” is as close as future generations of fans will ever come to seeing the legend in action. That’s all just the tip of the iceberg. Sure, these clips don’t have visceral effect that they once had when they aired in real time, but they’re a cool link to a far-removed world that no longer exists.

Long before MTV devoted its resources to shows about catfishing and reality challenge shows, it plugged a small corner of the world into interesting, creative music. And for those interested in the idea of stumbling across something new and exciting to fill their ears, it’s not too late. 120 Minutes might be gone, but its 17 years of service funneling underground music to the surface lives on. Do yourself a favor and take the nostalgia trip. You never know what you might find.