Gut Reaction: How About Those SXSW 2016 Film Bumpers? 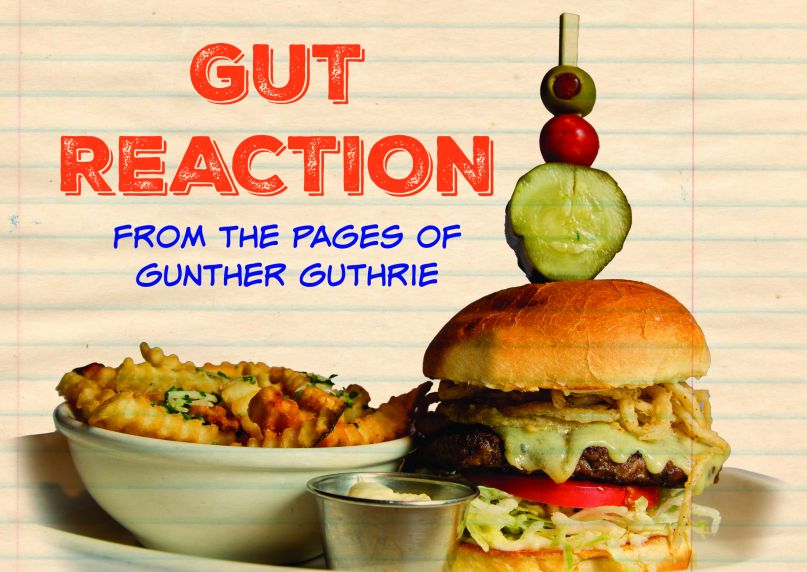 Hey, hey, all you cinephiles! It’s your old pal. And no, I’m not talking about The Crypt Keeper either! No, it’s me, Gunther Guthrie (The Gunth!), back on the festival beat after two years of successful Lollapalooza coverage. As always, I want to thank my Editor-In-Chief—O Captain! My Captain!—Mr. Michael Roffman for giving this old warhorse another shot at writing. Hi, Mike! And thanks.

I’ve always covered music in the past, but this time, Mike wanted me to write about something a little different: film. Um … yes please! Growing up, my dear Uncle Dave introduced me to all of the classics. You may remember the Uncle Dave that turned me on to prog-rock, so I know what you’re thinking. And the answer is yes, this is the same Uncle Dave. When I was nine, he took me to see the Jon Voight classic, Midnight Cowboy, an experience I won’t forget anytime soon. But he also wasn’t afraid of showing me more family-friendly movies. A double bill of Serpico and Gentle Ben? Sign me up! Love ya, Uncle Dave.

Despite my age, though, I’m still the new kid in the town called CoS, so I understood when Mike told me I wouldn’t be reviewing any of the full-length films at the South by Southwest film festival. Those would be reserved for the more seasoned writers. Lucky for me, there was a series of short bumper films being shown every day before each of the movies, and Mike thought I was the perfect man for the job!

Before we get to the films, though, I have to take a moment to grieve. I know some of you may not be keen on my first-person brand of gonzo journalism, but remember, I didn’t get my MBA at Pepperdine in writing, so my teacher was the great Hunter S. Thompson. No, I never met him. But I studied him. And by him, I mean his books. And by his books, I mean a little cult classic called Fear and Loathing In Las Vegas. It is my Bible. And if Hunter S. Thompson gets away with talking about himself, then why can’t I? Well, I’ve got news for you, dear reader. I can! So let me talk about myself for a second. It’s very important to my movie reviews.

As I was saying, this tale of triumphant movie criticism is preceded by one of the hardest days of my life. As I was about to enter the first film of the festival, Everybody Wants Some!!, I got a text from Uncle Dave that Keith Emerson of Emerson, Lake & Palmer had died.

He had killed himself. I can’t go into the details here because it will make me too sad, but just know that no record was as influential to my youth as ELP’s 1973 watershed album, Brain Salad Surgery. Why am I bringing up a symphonic-rock record in a film review? I’ll tell you why. H.R. Geiger did the album art and — here’s a bit of trivia for you — he also designed the monster in Ridley Scott’s incomparable 1979 creature feature, Alien.

So yeah, I was sad. This news was a real uppercut of suck as I was about to review my first film of the fest. So thanks, Uncle Dave! But also, no thanks.

The good news is, the first short film cheered me right up. In it, this guy with a beard and a young lady take their seats to watch a movie of their own. I’ll admit, it was kind of hard for me to hear what they were saying, but as Mike explained to me, this is part of a cinematic movement called “mumblecore” where everyone is quirky and talks soft, just like in real life. In this particular short, they debate whether they would want to have raw hot dogs for hands or cooked hamburgers for feet.

This is an interesting question, and the characters bring up many good points. The guy doesn’t want hot dogs for hands because he’s afraid he would eat those hands, but someone else points out that having hamburgers for feet would be hard because you would get sand in those feet whenever you go to the beach. That’s a good point, but seeing as I never learned how to swim and don’t go to the beach all that much, I’d have to go with hamburgers.

At the end of the short, a giant cardboard fish jumped through the theater seats. I don’t know what it meant, but it sure was funny!

Each day brought a new silver-screen adventure for beard-guy and quirk-girl. While we’re all sitting in the theater watching them sit in a theater (Metafiction for sale! Who wants metafiction? Get it while it’s hot! 😉 ), they talk about lots of things. In one short, they get scared when the seats come to life. This was funny because it happens when they’re talking about horror movies, and in a way, they’re sort of in their own horror movie. In another short, a guy falls from the ceiling, and it’s funny because it’s weird and they don’t know what to make of it.

But my favorite short wasn’t just funny; it was touching and poignant. I’ll try and describe it as best I can:

It’s day four if the festival, okay? The characters are feeling the burn of staying up late and watching movies and partying. Just like us! Okay, I’m a bit older than the other critics, so my idea of partying involves pigging out on three Cap’n Crunch fritters from Voodoo Doughnuts, then spending the rest of the night on the toilet — evacuating myself, relieved that I managed to get back to the hotel room without making my own independent film (Brown Bunny, perhaps?) in my jockey shorts. Only I look down and see that I did do that very thing. It’s not like my underwear is a full-on Hershey’s Fudge Factory or anything, but there are enough tiny streaks to give me pause and know that I’ll have to ask my wife to pick me up a new package of Hanes from Marshall’s before I get back home to Waukegan. That’s the thing about tighty-whities. I love ’em, but have to spend money on a new pair every three months or so when they become tighty-brownies.

But I digress. Back to the movie! So I’m watching this, and quirk-girl has been partying too much, just like everyone else. Beard-guy expresses genuine concern for her, recommending that she eat some vegetables so she isn’t so hung over. “You need to take care of yourself,” he tells her. I appreciated this because he’s right. SXSW is about community, and we need to all look out for each other, whether it’s making sure your friend eats healthy or consoling one of your writers at Stubb’s because he’s crying over the death of a prog-rock revolutionary.

As much as I liked that episode though, my favorite thing about these shorts is that they all thank the great men and women who serve as volunteers at the festival. At the end of each one, there’s a title card that reads “We couldn’t do it without Y’ALL.” And yes, “y’all” is capitalized and written in pink because this is Texas. I like that the title card embraces that true Lone Star spirit, as if saying “Don’t mess with Texas, especially when it comes to independent film and our volunteers.”

The really cool thing about the title card is that, after the first couple days, the audience knew it was coming. So they would make sure to applaud extra-loud each time for the volunteers. A few times, the audience would see the title card that came before it, and start clapping for that before quickly realizing this wasn’t yet the right one. They’d abruptly stop clapping, then resume clapping once the correct title card thanking the volunteers appeared on the screen. It was heartwarming.

And that’s the best word I can use to describe these short bumper films: heartwarming. This was a heartwarming story filled with quirkiness, low-volume dialogue that’s just like real life, and even a few laughs, not to mention some scares. I look forward to attending SXSW next year, and who knows? Maybe Mike will let me review some full-length films. Riiight, Mike? 😉

And don’t worry, I’ll be sure to stay from those Cap’n Crunch fritters next time. 😉