Film Review: Eye in the Sky

An effective thriller about the costs of modern warfare 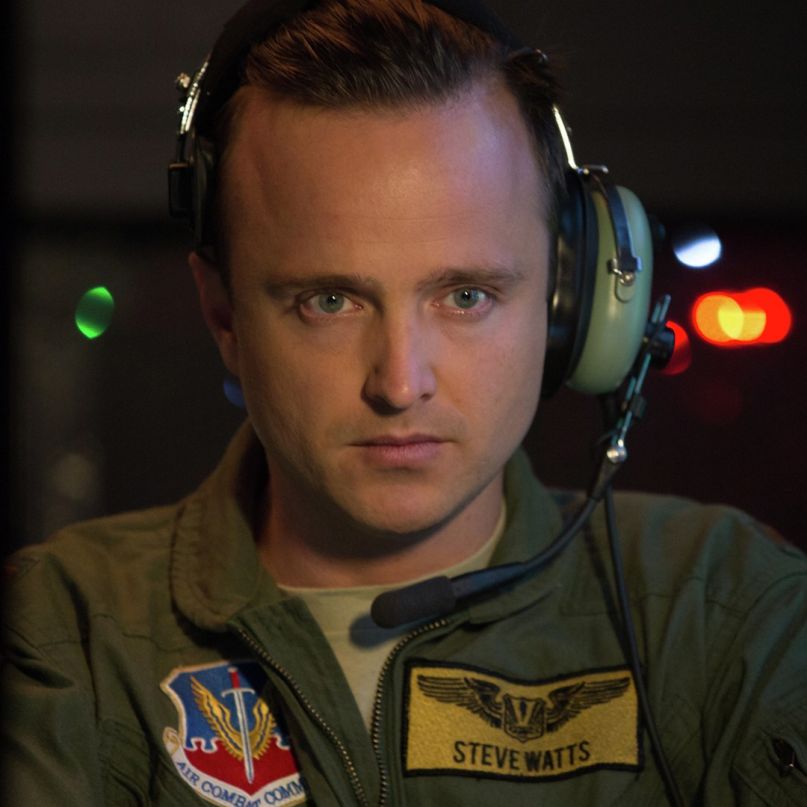 Nairobi, Kenya. Al-Shabaab, a Somalian affiliate of Al-Qaeda, is being tracked by high-level British intelligence, as a number of its leaders prepare to congregate in one small house. This will be the biggest gathering of the sect’s leadership in one location at the same time that the British have been able to find in what’s apparently been a years-long surveillance process. Next door, a merchant secretly teaches his daughter math in defiance of Sharia law, and sends her out to sell bread. And in Las Vegas, an American drone pilot and a spotter wait for the orders to fire a targeted missile from 20,000 feet up, one that would eradicate three of the British military’s ten most wanted names in one attack.

Eye in the Sky is a drama about the infinite ethical gray areas of drone warfare, but it’s also a moral parable about the new costs of war, when war has transcended national boundries. Gavin Hood, whose eclectic resume ranges from the Oscar-winning Tsotsi to X-Men Origins: Wolverine, establishes the film as a simultaneous chamber drama and tense near-action film. “Near-action” is applicable here, because Eye in the Sky is predominantly about the anticipation of action, of the series of errors and random acts of chance that threaten to derail the mission before it can be executed. It’s an entire film about waiting for a rocket to be launched, and that Hood finds such riveting power in the tense leadup to a “clean” attack is no small feat.

He’s aided by a game cast that’s wrung gravitas from far lesser material before, which is always a help. Col. Powell (Helen Mirren), known as “Mum” to her close staff, insists that she’s never been closer to a British ex-pat who’s been aiding Al-Shabaab, and wants to strike before the terrorist cell can disappear again. However, she’s at the mercy of military protocol, which as the film suggests involves the guarantee of a minimal civilian casualty rate that British politicians insist must be met before the mission can proceed. While Lt. General Benson (Alan Rickman, in one of his last film roles) attempts to help the elected officials reach a consensus about whether to strike, Steve (Aaron Paul) and Carrie (Phoebe Fox) wait in a windowless bunker in America for the detonation order, watching as the situation worsens by the minute and waiting for the next phone call.

The film is an effective parable about the ethics of drone warfare, and for a drama that only unfolds in one village and a meager handful of rooms, mostly relegating its tension to the intellectual, Eye in the Sky reveals itself as a capable morality play about not only the difficulties of modern warfare, but the inability of new technologies to solve the inherent problems of fighting a global battle. Eye understands well that drone warfare, while ostensibly a “cleaner” way to fight a war, is also an impersonal one, one that asks lower-level operators to make unimaginable split-second decisions. And in the film’s more pointed sequences, it also understands that the moralistic hand-wringing surrounding drone strikes is often a hollow gesture.

As the situation mounts in tension, the smallest incidents threaten to overwhelm all of Col. Powell’s efforts. A beetle-sized drone deployed by Jama (Barkhad Abdi) runs out of battery while gathering footage of a possible mass suicide bombing in the making. The British attorney general worries that the strike will take on too much human loss and refuses to approve it. One after the next, the situation is “referred up” to higher-level officials; Hood, working from a screenplay by Guy Hibbert, doesn’t exactly treat these moments with the same subtlety and nuance that much of the film earns. (At one point, a frantic call for approval is made to an official with food poisoning, who delivers his verdict from the toilet. It’s that sort of satire, when it comes.) And right when it’s looking as though the mission is an unqualified go, the young girl living next door is sent into the drone’s blast radius to sell bread.

Eye in the Sky is direct in its ideas, though it makes the essential choice to deny easy condemnations of the parties involved. While Mirren portrays Col. Powell as a relentless force so beaten down by the brutality of modern war that she would rather strike early and risk the consequences than live to learn what wider-scale violence may result, the film also works to mitigate any easy judgments about her bullish approach to war with ground-level considerations of what the hypothetical “human cost” discussed in meeting rooms really looks like. Where so many movies about terrorist-fueled secret wars made over the past few years have settled for unpleasant, jingoistic accounts of battle that regard any and all background players as deserving cannon fodder, Eye in the Sky asks audiences to assess the cost of a single life in service of saving many more.

It’s a film with no easy answers, and rightly, Hood doesn’t strain to offer them. If the film’s attempts at barbed satire don’t land as well as its graver moments, it’s nevertheless an effective look at the new kind of war. This is war where national boundaries rarely exist, where battles occur between coalitions of multiple countries’ officials and amorphous, nation-free collectives of violent ideologues. Where the currencies of war are capture vs. kill debates, facial recognition software, and endless stops and starts. Where a trigger in Las Vegas can launch a rocket in Nairobi, and the ranking officers never even have to meet the people pulling it. And, perhaps most pointedly, where all decisions are made with the understood fear that the footage could leak and what was once private will become intensely public. There are no simple answers, or really answers at all; this is just how it works now. And Eye in the Sky sees, like any good film about warfare, that there are no real victories, and there’s no end in sight.