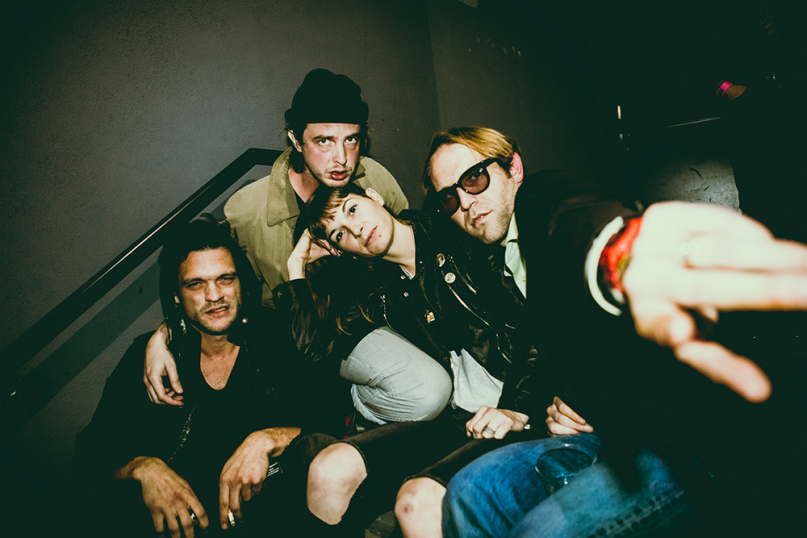 When we last caught up with BRONCHO backstage at Teragram Ballroom in November 2015, the hard-working Oklahoma rockers swore they were going to take a longish break in order to finish their next album. Their restless minds seem to have foiled that plan, as BRONCHO announced today that their new album, Double Vanity, will be released on May 27th via Dine Alone Records. Double Vanity will be the band’s third full-length, following 2014’s Just Enough Hip To Be Woman.

As part of the announcement, the band has shared the album’s lead single, “Fantasy Boys”. The subdued track comes smothered in spacey guitar effects, and vocalist Ryan Lindsey somehow makes lines like “I wanna eat you up” sound sexy instead of weirdly ominous. It’s a lower-key look than nearly anything we’ve seen from BRONCHO so far, and it might be a sign that they’ve finally learned how to relax. Or, better yet, get down.