Bloc Party perform “The Love Within” on Seth Meyers — watch 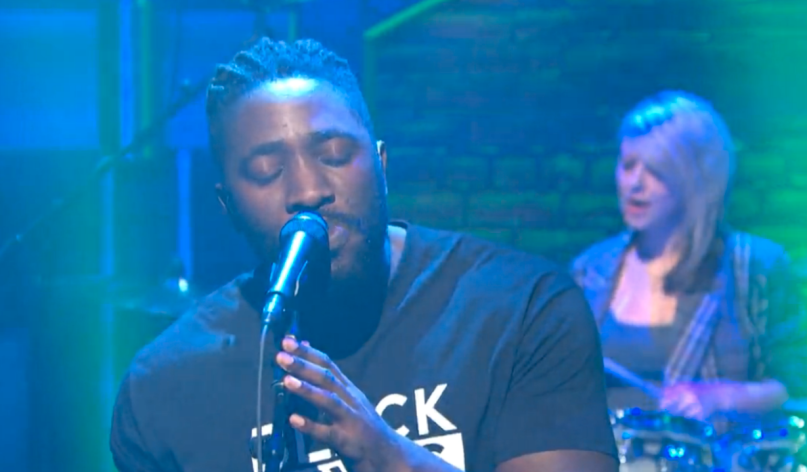 Bloc Party brought their fifth studio album, Hymns, to the late-night crowd with an appearance on Seth Meyers on Tuesday. Led by frontman Kele Okereke, the UK indie rockers got audience members grooving with a glossy rendition of their latest single “The Love Within”.

Replay the performance below.

Previously, Bloc Party supported the recently released Hymns with an appearance on the Late Late show with James Corden; revisit that here.

The English outfit will tour the US and Europe for the next few months, an outing that includes festival stops at Governors Ball, Shaky Knees, Osheaga, and Super Bock Super Rock.