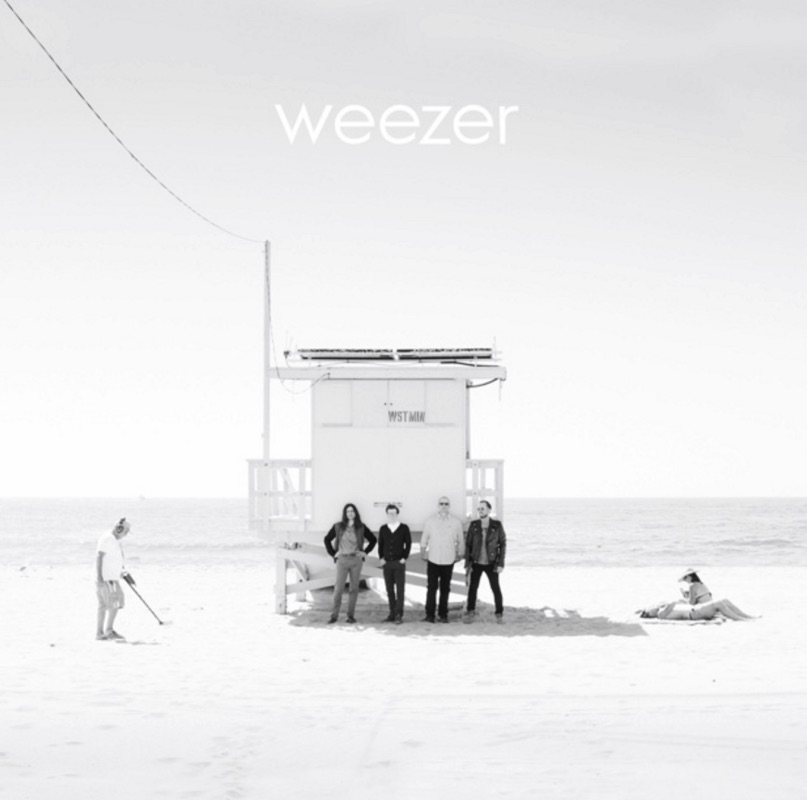 Despite Weezer’s history of colorful albums, much of the Los Angeles-based four-piece’s history is characterized by black and white. There are few who would debate the iconic status of the group’s first couple of albums, just like there aren’t many besides the apologists who would go to bat for the group’s creative lows of Raditude and The Red Album.

But then in late 2014, something interesting happened for the group. With the release of their ninth full-length, Everything Will Be Alright in the End, the band once again became debatable. It was the best possible scenario for a group 20 years into its career, that fans could engage in the music so as to create a dialogue about it. Some (ahem) called it their best work in a decade, while the overwhelming sense was that Weezer was once again worth discussing.

And that’s where The White Album picks up. Not only is it again finding the group as anything but black and white on their fourth self-titled affair, but any parallels that fans seek to draw from the more iconic self-titled album of the same hue (from the Beatles) is nothing but a red herring. The only thing to draw from the color choice is the over-exposed California shine that tints frontman Rivers Cuomo’s songwriting. Cuomo has been blunt about his state of residence’s influence on the album, even going as far as using Tindr to meet girls for song ideas, and not hiding the inspiration from the album’s composition choices or lyrics.

From the Beach Boys harmonies that sweep into the chorus of “California Kids” to the sleigh bells that drive “(Girl We Got a) Good Thing” to the realization that “not all 19-year-olds are cool” in the sad and longing album closer “Endless Bummer”, the album is strongest when drawing on cues that aren’t exactly new or original, but spitting them out through the filter that is very much Weezer.

That is the best thing about Weezer in 2016: The group still holds its own singular identity. It’s what makes some of its most effortless offerings, like “California Kids” and the trotting, mournful “Jacked Up”, seem ideally set for the radio dial that has afforded Weezer so much success. They are songs that are anthemic without demanding singalongs. And they underscore what is still the most trying part of Weezer in 2016: the actual singles.

This has been the problem for Cuomo even on his strongest offerings of late: His attempts at hits sound just like that. “Back to the Shack” and “Cleopatra” were the weakest numbers on Everything Will Be Alright in the End, and on the White Album, it’s “Thank God for Girls” and “King of the World”. The former fills an interesting verse cadence with nonsense about cannolis and adds on a chorus that panders to the need for arena-ready rockers. It’s as if the band had plotted its co-headlining jaunt with Panic! At the Disco ahead of the LP’s completion and needed the songs to justify playing such large spaces.

Blatant singles are a problem for Weezer because so much of the band is built on the meek stage presence of Cuomo, the songs’ underdog sensibilities, and the disenfranchised yearning that makes up the band’s worldview. When Weezer write with hubris, it is at the detriment to what makes them likable in the first place. The great thing about their last two albums is that these moments are rarities and, considering the band’s standing in the rock world, might be a necessary evil. If it takes a couple bullshit alt singles to anchor a collection of vintage Weezer melodies, then it’s a worthy sacrifice. That’s the kind of pragmatism that Hollywood teaches people. That makes Weezer about as California as you can get.