UK teenager takes no shortcuts in crafting her distinctive, defamiliarized version of pop 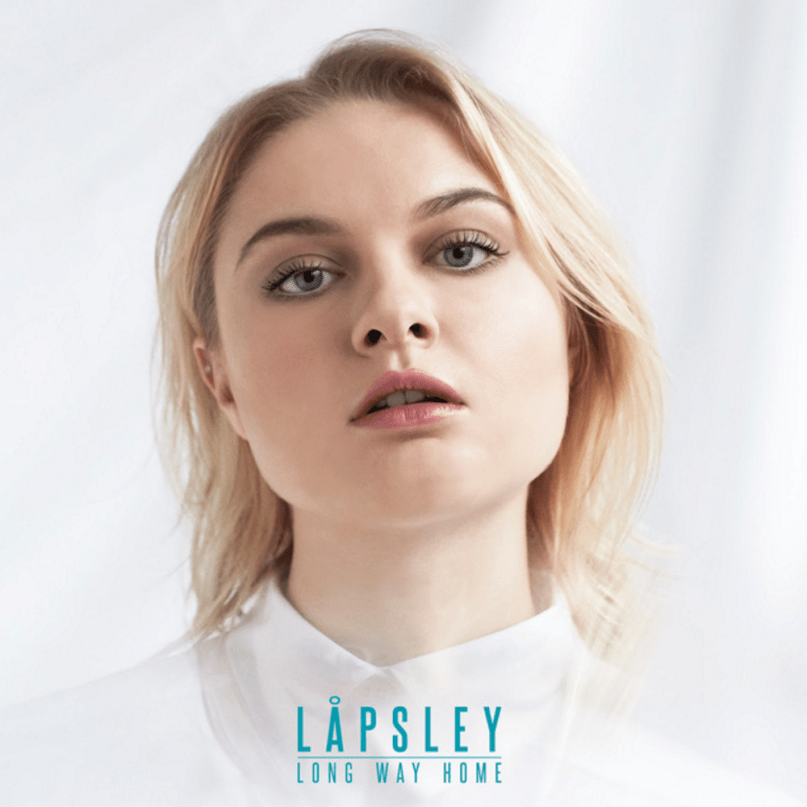 At 19 years old, Holly Lapsley Fletcher is stuck in the gray area between childhood and adulthood. Well, “gray” isn’t really the word for it. Really it’s more of a technicolor area, a time when the creative energies of youth converge with a deeper understanding of the tools of expression, a time when even the air seems electric with potentiality. It’s a time of transition that feels somehow less real for all its betweenness, as if the notion that something can’t be permanent immediately turns it into a kind of dreamlike fantasy. This is where the Liverpudlian singer and producer who goes by Låpsley finds herself on her debut album, Long Way Home. She hasn’t quite made it where she’s going and she doesn’t know how long the dream will last, but she’s not taking any shortcuts to get out of it.

Låpsley’s age isn’t the only reason Long Way Home feels like an album that’s actively negotiating its own existence, its own place in the world. The rising electronic artist grew up playing oboe in Liverpool’s Sefton Youth Orchestra, but now she does most of her composing on a laptop. “Laptops are the present classical instruments,” she told Consequence of Sound last month. “Maybe this is the new era, and maybe we just need to explore it more.”

Exploring is a good word for a lot of what Låpsley does across these 12 tracks, and her most fascinating discoveries come when she pairs organic sounds with the aggressively synthetic soundscapes normally associated with electronic music. A stream of modulated sounds bubbles beneath the surface of “Hurt Me”, a piano-driven breakup ballad that would fall squarely into Adele territory if it weren’t for all the production flourishes. Låpsley defamiliarizes this particular variation of pop song just enough to infuse it with a renewed freshness. “I’m putting on a brave face to meet you in the same place,” she sings to her ex-lover, but she might as well be talking about her approach to songcraft. By making riskier, more challenging choices in her role as producer, she still arrives at the same place — and yet it feels undeniably different.

Låpsley pulls off a similar trick on the fluid, minimalist “Station”, which is nominally a duet if you ignore the fact that she sings both vocal tracks. By overlapping the vocals and pitching them differently, she transforms a one-way conversation between lovers into a three-way negotiation between her lover, herself, and her other self. “Two for the taking/ You can have it all at once if you make it sane,” she sings in the low register, slyly reframing a tempestuous relationship as a kind of two-for-one deal. The song itself has a kind of split personality, with a hand-clapped beat that stands out from and juxtaposes the more instantly noticeable electronic elements. Here, Låpsley is perfectly in her element: never quite committing to one side of things, and delivering something all the richer for its indecision.

Long Way Home is filled with such indecisiveness, though it’s far more controlled — far more intentional — than what that word typically implies. Songs like “Falling Short” and “Tell Me the Truth” fit squarely within the current minimalist R&B trend, but they push against the confines of that genre more than, say, a band like Wet. There’s something surprisingly soulful about “Tell Me the Truth” especially, a song on which Låpsley conveys the mature longing of someone 20 years her senior. Long Way Home is not the most lyrically complex album — most of the songs find the singer sifting through the wreckage of young romance — so her ability to communicate a deeper range of emotions through her voice alone is a saving grace.

The song that stands out most on Long Way Home is a Motown-inspired romp called “Operator (He Doesn’t Call Me)”, which deals with the same predictable heartbreak but makes it sound juicier, funkier, and altogether more fun. Elsewhere, it sounds as if Låpsley is retreating into her music, much as Lykke Li did on another outstanding breakup album, 2014’s I Never Learn. But in this moment, dropped right in the middle of the album, she’s not retreating so much as using her voice to launch an offensive against the very idea of heartbreak.

Låpsley’s technical abilities are not to be questioned; her stamp is all over this album’s production, and her sonic impulses rarely stray far from “on point.” But when her heart starts to catch up with her head, as it does intermittently on Long Way Home, whoo boy: Watch out.

Essential Tracks: “Hurt Me”, “Operator (He Doesn’t Call Me)”, and “Station”