Jeff Buckley – You And I

When is it time to finally let go of a musician we love? 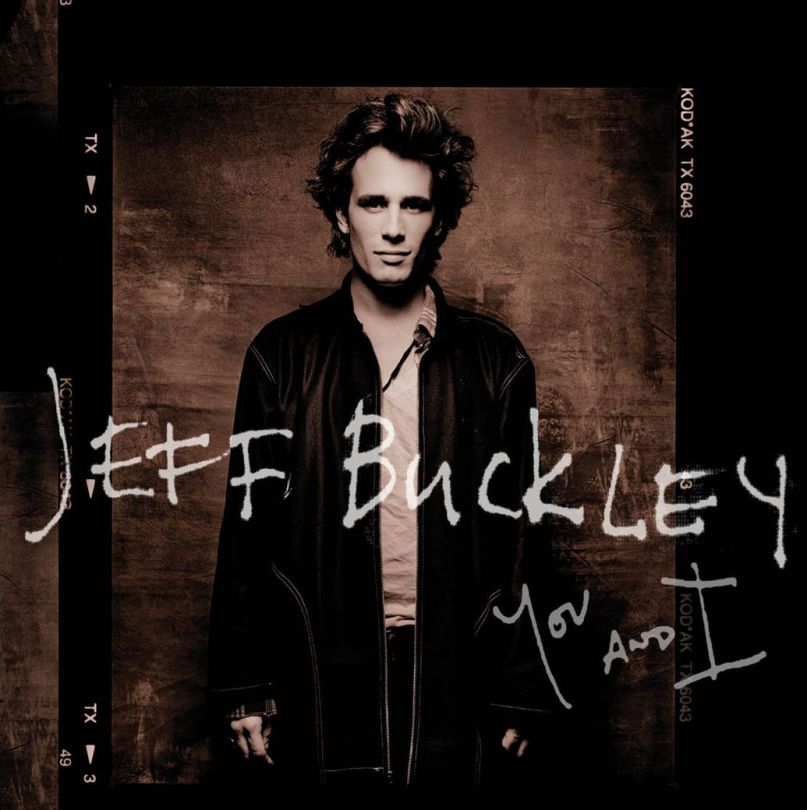 There’s only one new original track on the latest installment in Jeff Buckley’s posthumous catalog, You And I, but it’s not even really a song. “Dream of You and I” features the soft-spoken Buckley describing a dream of watching a psych band playing a song at an AIDS rally, gently fingerpicking as he goes back and forth between singing the hook. It’s self-admittedly unfinished, something Buckley says he’s going to finish. Time has told us that he never got the chance.

This moment is indicative of most of the work that’s come out under Buckley’s name since his untimely death in 1997. Parsing through his material is a constant game of wondering what could have been. Even his sophomore album, Sketches for My Sweetheart The Drunk, was a collection of demos and outlines for material. You And I is the fourth release since his death (fifth if we’re including The Grace EPs and not counting the numerous, great live albums). It’s astounding that so much has been unearthed from the vaults, and his devastatingly short career wasn’t able to bear a wealth of high-quality material to fill that hole. He had remarkably few original songs, but numerous covers that he’d sing in New York clubs while he cut his teeth in the industry. This is reflected in the tracklist for You And I, eight of the 10 tracks written by others.

You And I is worthing noting mostly for being the studio demos Buckley recorded for Sony to showcase his vision for his legendary debut, Grace. It’s Buckley alone at the microphone, taking a moment every now and then to acknowledge producer Steve Addabbo. It’s easy to come in with cynicism toward yet another mining of Buckley’s catalog, but hearing him coo on Bob Dylan’s “Just Like a Woman” is quick reminder of Buckley’s power to silence a room. The stark, naked quality of the recording makes it feel like Buckley is within reach. This feeling continues as he chops chords on Sly and the Family Stone’s “Everyday People”. It’s easy to get lost in his soothing vibrato on first listen, forgetting why you may have been skeptical in the first place. And maybe that’s a great place to leave this record — a glimpse into a moment of Buckley’s musical career, to be looked back at and remembered fondly and not over-examined. We have Grace to endless dissect anyway.

It’s upon closer inspection that You And I starts to lose some of its luster. To start with, some of these songs have appeared in various forms across his live catalog. Even the strong points, like the aforementioned Dylan cover, lack the punch they have in their first listen. This is no real fault of Buckley’s; he never likely even considered that these recordings would be released. We do get a different version of his cover of The Smiths’ “I Know It’s Over”, as well as an unheard rendition of “The Boy With the Thorn In His Side”, proving that Buckley may have been one of the most capable voices to take on Morrissey’s aching and trembling vocal lines.

(Read: Ranking: Every Jeff Buckley Song from Worst to Best)

The recordings do reveal a few Buckley’s — brace yourselves — flaws. His take on the delta blues with “Poor Boy Long Way From Home” is … difficult. His slide guitar impeccably mimics Bukka White’s rendition of the traditional song, but Buckley’s vocals veer into indulgence as he sneers and moans his way through the track. He broaches similar territory with his cover of Led Zeppelin’s “Night Flight”. Buckley demonstrated a clear fondness for the blues and he seems capable, but it doesn’t have the same oomph of when he’s venturing into his own experimental work. Or, put more bluntly, he doesn’t sound that great singing the blues. He hits the notes, but it feels a bit forced and disingenuous.

You And I will be a novelty for the hardcore fans who love to debate whether the live version of “What Will You Say” on Mystery White Boy is better than the version on Live A L’Olympia. It doesn’t tarnish his legacy by any means, but it brings up an important question: When do we stop digging for more Buckley? Maybe we as fans haven’t really healed from his sudden death, waiting to unearth that one last gem. But the reality has to set in at some point that we lost someone too soon and he left almost everything he had on the table — at least in terms of recordings. We can continue these “what if” scenarios forever, but we’ll never get Buckley back again. Still, it’s good to hear him again on You And I, even when he’s just listlessly talking about a dream he had. It’s appropriate that the album ends with “I Know It’s Over”, as Buckley sings to us, “I know it’s over, still I cling. I don’t know where else I can go.” It’s time we stop clinging to Buckley’s work and finally let him rest in peace.

Essential Tracks: “Just Like a Woman”, “Everyday People”, and “I Know It’s Over”