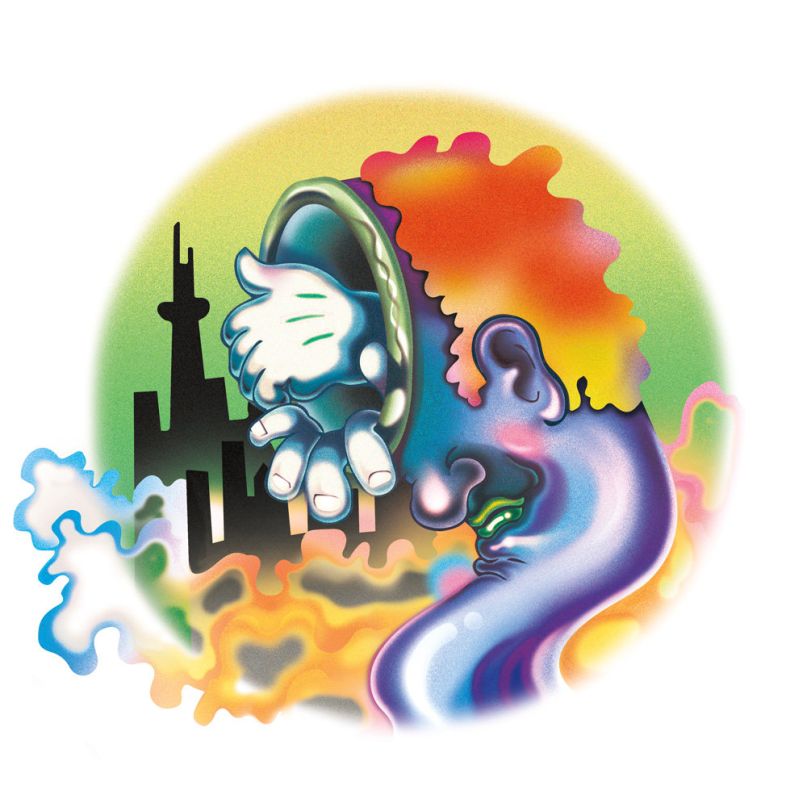 Small-time as they’ve always been, Guerilla Toss hold claim to mastery of a very particular art form. It’s music where lines, time signatures, and interactions are rigorously, anti-intuitively fixed, and everything else must be — or appear to be — completely out of control. They’re conscious of what they play, sure, but more focused on the twitch frequencies of their listeners’ convulsions or the pitches of the pulsating walls and floors around them. Guerilla Toss screech, scratch, shriek, and squawk their way to a strange place that they alone occupy.

In some ways, they only work on record insofar as you’re able to engage with the music physically; sitting still while listening to this makes no sense, and it will cause the music to make no sense. A band that rides their barely inhibited live performances as unquestionably their biggest asset, Guerilla Toss strive to match their in-person provocations on recordings by coating everything in a knuckle-deep layer of grime. With Eraser Stargazer, the band’s first full-length with DFA Records and first without frequently nude bassist Simon Hanes, they somehow bring all that grime into sharper focus while still sounding pretty dirty.

Or maybe “like grotesque aliens” is more accurate. As expected, drummer Peter Negroponte perpetually spazzes to the limits of his own composure, new keyboardist Sam Lisabeth repeatedly swaps core-destabilizing wubs with cartoonish ditties without the slightest warning, and singer Kassie Carlson pouts her barely intelligible words with inflections exaggerated to the best of her ability. But as opposed to their last full-length, Gay Disco, Eraser Stargazer is more selective of the moments where these elements frappe together into unsettling obscurity. More than ever, Guerilla Toss instead employ brutally hard lefts into obvious synergy.

“Grass Shack”, the closest thing to a tame composition that’s offered here, starts off with Carlson yelping over Negroponte and Lisabeth bashing away in a piercing, frenetic, but down-tempo pattern. Then, halfway through, they cut instantaneously to a double-time, twisted circus theme and just blitz around there for the remainder, guitarist Arian Shafiee and bassist Phil Racz clawing at their strings. It is outrageously jarring, and nothing could sum up their current place better.

On “Doll Face on the Calico Highway”, the album’s last of eight tracks, Carlson sings about “swinging to the weight of whatever, without care or resisting.” It’s a nice, easy-sounding sentiment that would be more predictably attributed to, say, the Grateful Dead — a near and dear influence on the band — but really, there’s no reason that this idea should be associated necessarily with soft tranquility any more than aggressive absurdity. To some ears — many, really — this is, in fact, as unlistenable as seriously well-crafted, thrilling music gets.