Big Ups – Before A Million Universes

What happens when post-punk stops being polite, and starts getting real 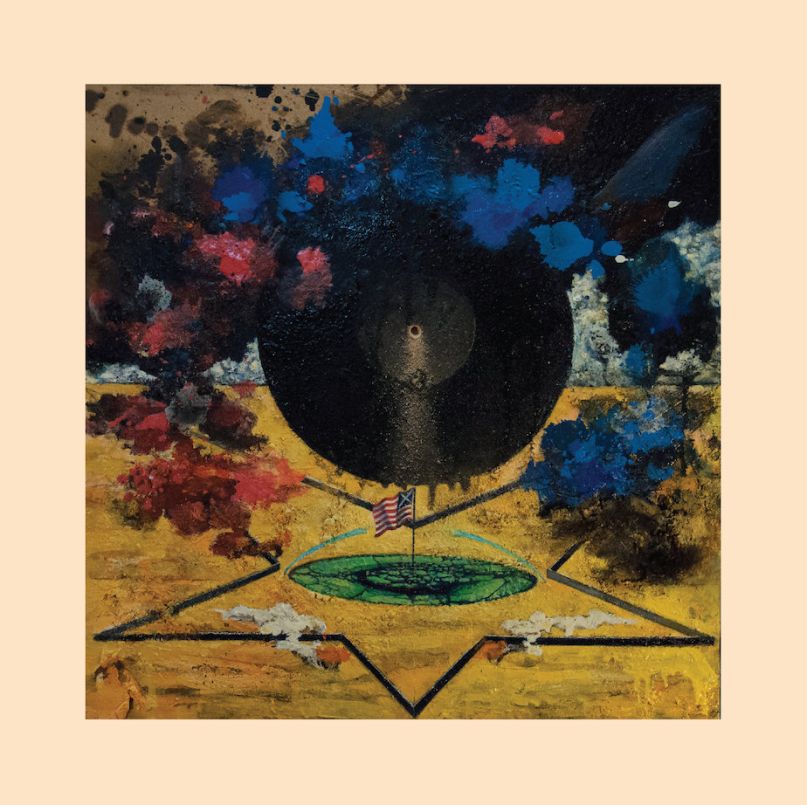 Dynamics, man. They matter. What Nirvana understood better than most of the scuzzy rock bands they came up with was the need for a song to shift on its axis — to simmer, boil, and then explode. They even wrote a song about it, complete with a lyrical pull quote (“Neither side is sacred”) that rationalizes the whole “soft/loud” dynamic within a semi-religious context.

It’s true, you know: Neither side is sacred, and if you treat one as such, well, you’ve probably got a boring record on your hands. Why does a Fugazi chorus hit you like a ton of fucking bricks? Because Ian and Guy let the rhythm section take over during the verses, lying in wait for the chorus like two cobras tucked inside the drum kit. Like a hard-swinging boxer with lots of muscle but no discipline, an album that’s loud from front to back won’t necessarily score the knockout punch. You’ve got to pick your spots in the crowded ring of punk/hardcore, and few bands are better at picking their spots than Brooklyn post-punks Big Ups.

On their 2014 debut, Eighteen Hours of Static, the quartet honed the art of drawing lines in the sand. Not just lines between chorus and verse, between verse and bridge, but the thematic lines that have defined punk since it sprang, Athena-like, from Joey Ramone’s skull. Human vs. Machine (“I’m a robot from the 20th century/ I am designed to never feel anything”). Religion vs. Reality (“No one’s gonna save you/ You gotta save yourself”). Us vs. Them (pretty much the whole album). As soon as frontman Joe Galarraga picked up a mic and joined punk’s grand tradition of being bothered by pretty much everything, Big Ups were off to the races. Clocking in at all of 28 minutes, Eighteen Hours of Static is a furious, petulant debut from a furious, petulant band.

The follow-up to that record, Before A Million Universes, is similarly furious but smarter about picking its spots. It’s an album that adopts the soft/loud dynamic but elevates it to a different plane, redefining “soft” as “sort of brutal” and “loud” as “very brutal.” Big Ups aren’t the first band to unlock a more nuanced method of ass-kicking than, well, just kicking ass; listening to their sophomore album, it’s fairly easy to detect traces of Fugazi, Shellac, NoMeansNo, and even Refused. They don’t yet rank in the same league as those bands, but Galarraga is leading a charge to get them there on the back of his increasingly personal approach to lyrics.

This makes a lot of sense if you think about it. There are only so many ways to be heavy and a lot of them sound pretty similar — the template’s been laid out and there are only so many tweaks that can be made. But in a scene in which everyone’s shouting about abstract entities like capitalism and the State, Galarraga continually finds ways to make his rage personal.

The best and most glaring example of this is “National Parks”, in which Galarraga does the very un-punk (which is to say, very punk) thing of honoring his mother and the effort she put into raising him as a single parent. Exercising more control over his voice than he does elsewhere on the album, Galarraga reflects on the sacrifices his mother made in his name. “I think I saw her say to herself/ This is everything I’ve missed,” he sings, describing an episode in which she walks through a forest and stares in awe at trees “bigger than the ones that line her street/ Bigger than she’d ever seen.” It’s a potent — devastating, even — metaphor for what we give up with every decision we make. When Galarraga finally erupts into a scream, it sounds like he’s trying to cleanse his throat and his soul of guilt.

Big Ups aren’t always this lyrically profound, but they can make a little go a long way. Album opener “Contain Myself” begins with a see-sawing sequence of harmonics that sounds as if it’s actively trying to break free into something bigger. This progressive movement mirrors the transition from verse to chorus, with the former stuck in the cycle of repetition that’s normally reserved for the latter. “I can’t contain myself” and “I won’t explain myself” are repeated so many times that they almost become a chant, but the pummeling chorus arrives just in time to bust us out of the reverie. This isn’t poetry — and it’s not even necessarily complex — but it shows a real unity between musical and lyrical themes that is usually lacking in this genre.

Of course, Big Ups can still just fuck shit up when they want to. “Capitalized” is pretty much straight chaos for two minutes, though a huge and tantalizing buildup separates the song’s more aggressive halves. Galarraga may get most of the press, but bassist Carlos Salguero, Jr. is the unsung hero of this group, singlehandedly holding down the fort for long stretches on “Posture” and “Knight”, leading the full-steam-ahead charge on “Hope For Someone”, and infusing “Yawp” with enough sonic dissonance to justify its five-minute-plus runtime. With Salguero, Jr. locked in and drummer Brendan Finn leaning heavily on his toms, Big Ups are a case study in how to sound as mean as a pit bull without stepping on that Big Muff. When the distortion does kick in, it’s as if the band shifts from fifth to sixth gear, rather than going from a crawl to hyperspeed.

So yeah, Big Ups are good. More importantly, they’re good for the right reasons. This is one Brooklyn post-punk band that isn’t doing it because the clothes look cool and minimalistic tattoos are having a moment. These guys have a bone to pick with the world and with themselves, and they’re using every last tool in the punk playbook to make that clear. These aren’t things you learn from reading a couple album reviews on a music blog; they’re things you learn from getting sweaty in a basement every weekend for eight years of your life and then wondering, “Shit, was any of this worth it?” And then the chorus kicks in, and you save that question for another day.